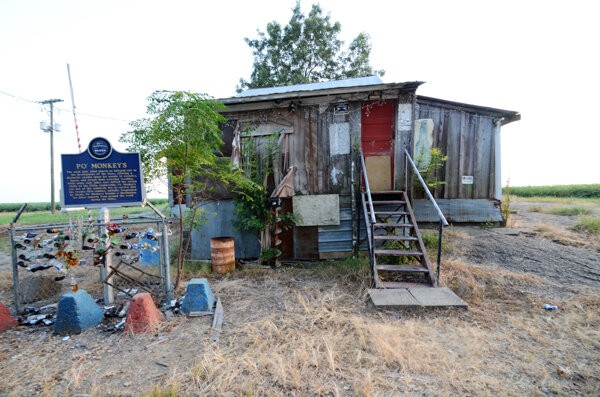 Mississippi Heritage Trust enters its 20th year as a historic preservation advocate with more than a few successes under its belt, and another list of 10 Most Endangered Historic Places in Mississippi — its 12th to date — that need attention, support and saving.

The list, announced Thursday at the Morris Ice Company in Jackson, includes structures that span the state, such as Mississippi’s Freedom Houses and towns’ historic water towers, to sites key to the communities’ cultural identity, such as the historic Lundy House (once a stagecoach stop and hotel) in Lexington and the juke joint Po Monkey’s in Bolivar County.

Mississippi Heritage Trust’s biannual list spotlights historically and culturally significant sites threatened by development, demolition or the slow creep of neglect. The nonprofit doesn’t swoop in to save places, but does help focus advocacy, drum up enthusiasm, build partnerships and guide communities on the historic preservation path.

“It doesn’t happen overnight,” Rash says. “Sometimes, these are long, hard-fought battles, and to see something that could have gone the other way just become a tremendous victory is very rewarding for everyone involved.” 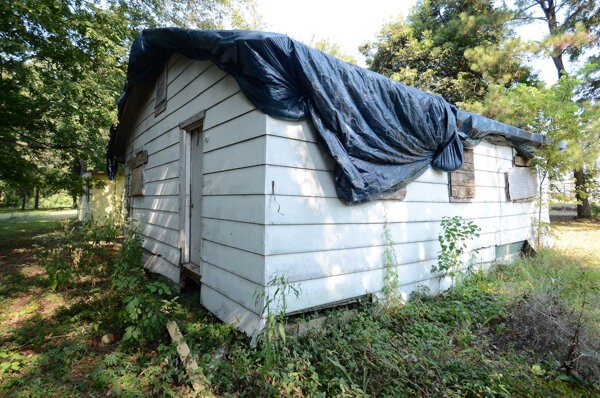 Sometimes, too, a place’s significance is not about a building’s architecture, but about the story it has to tell about the state’s history, cultural heritage and American history. Freedom Houses, for instance, were safe havens for those working on social justice issues during the civil rights era, necessarily secretive to keep workers out of harm’s way.

“As time goes by, that connection to place and story can be lost,” Rash says. The listing can encourage communities to identify those buildings, commemorate and celebrate them.

Felicia King was in her 20s when she found out that a 645-square-foot rental house in her family had been a Freedom House. Owned by her paternal grandfather, Estell King, in the late 1960s in Indianola, it housed Freedom Riders after their original headquarters was bombed and burned to the ground. An attempted bombing on the house her grandfather owned was thwarted by the way it’s situated on the property, she says.

King hopes to repair the roof and revitalize the house, “and let it be an interpretive center,” she says, “where people can learn about this very important piece of history that happened, right there in Indianola,” She’s seeking funds and support in that effort. “The B.B. King Museum is a mile, maybe a mile and a half away,” she says, and this could be another draw, as a civil rights landmark. “Quite a few things took place when the Freedom Riders were in town.”

While Canton restored its Freedom House to become a museum, other communities are just now rediscovering theirs.

Also on this year’s list is Po Monkey’s in Bolivar County, the last of Mississippi’s rural juke joints. The 2016 death of longtime proprietor Willie “Po’ Monkey” Seaberry put its future in question.

“I wouldn’t say it’s in dire straits, but … it is feeling the neglect of not having daily use,” Will Jacks, program manager for the Mississippi Delta National Heritage Area, says of the structure. His new photography book, a 10-year project titled “Po’ Monkey’s: Portrait of a Juke Joint,” looks at the packaging and selling of cultural engagement and raises long-term issues of an economy based off cultural history.

With several stakeholders in Po’ Monkey’s preservation and the iconic place it held in the state’s blues tourism marketing, he sees it as a “litmus test … of how we as a state are going to proceed with cultural things that no longer exist.

“How are we going to pay attention to our past and help create a structure for our future … so that we continue to have authentic cultural experiences that the world is interested in?”

There is talk of moving the Po’ Monkey’s building to nearby Merigold, for a museum. 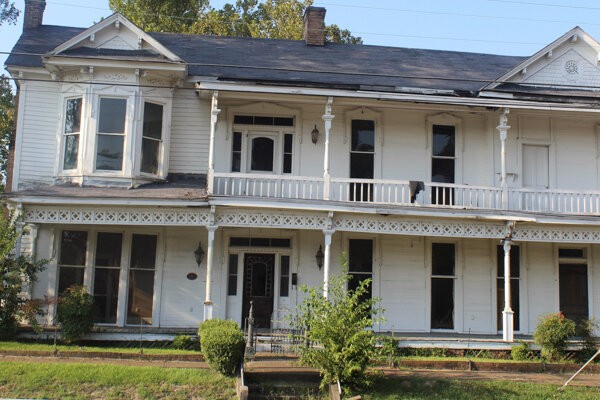 The circa 1860 Lundy House, once a stagecoach stop and hotel in Lexington, Miss. Photo courtesy Mississippi Heritage Trust.

In Lexington, a plan to demolish the circa 1860 Lundy House, once a stagecoach stop and hotel and now an anchor of the small town’s historic district, raised a public outcry and put the building on the 2019 endangered list. Lexington Mayor Robin McCrory notes the significant contribution the stagecoach stop made to the state and the founding of the city.

“It’s my understanding that it’s only one of three left in the state of Mississippi,” she says, with others in Union and Carrollton. Community leaders are trying to rally support and funds to protect and save the building, which may entail moving it.

“Small towns are the essence of Mississippi history and culture,” McCrory says. “When we might not have too many things going for us, we do have the significance of our past,” worthy of preservation as communities forge their future. “It’s so much a part of who we are.”

Mississippi’s historic water towers — Some have been restored as treasured community icons, but many are in poor shape and might be lost without intervention. The circa 1914 Flora water tower lost its roof in a tornado. In Edwards, advocates hope to raise money to restore the town’s 1917 structure as a catalyst for redevelopment.

Highland Park Dentzel Carousel in Meridian — The late 19th century carousel, a National Historic Landmark, is one of few remaining in the world (and its extant building from Dentzel blueprints the sole one). The city has invested much in its restoration and maintenance, but increasing crime and blight in the neighborhood brings up the prospect of moving it.

James Earl Jones childhood home in Arkabutla — The modest home where the acclaimed actor was born in 1931 (and the family left to move north in 1935), is in a bad state of deterioration and may soon be lost.

E.F. Young Hotel in Meridian — The first hotel in the city to serve African Americans opened in 1946 and operated through 1978; guests over the years included Leontyne Price, Ella Fitzgerald, the Harlem Globetrotters and the Rev. Martin Luther King Jr. Now in poor condition, it faces prohibitive repair and rehab costs.

Gillespie-Jackson House in Starkville — The 1850 grand house, notable for the quality of its vernacular Greek Revival interior details, sits at a busy commercial intersection and is listed for sale as commercial land.

Stutzman House and Blacksmith Shop in Woodville — The region’s last known standing blacksmith shop still has original signage and much of its original equipment, and the circa 1805 house is among Wilkinson County’s oldest. Vacant since 2006, they are in poor condition.

Salem School in Macon — The 1914 school, in use until 1939, has such features as a pressed metal ceiling, beadboard wainscoting and counterweighted panels that divided classrooms. It’s listed on the National Register of Historic Places but is in poor condition, despite the good intentions of a nonprofit formed to restore it.

To learn more about the 2019 10 Most Endangered Mississippi Places and view past lists, visit the 10 Most website. Visit the Mississippi Heritage Trust website for information on the organization.