A vapor fire that was put out safely by fire fighters at the Mississippi Fire Academy. [all photos by David Day]

Three out of every four firefighters in the U.S. are volunteers.

That’s one bit of information coming out of today’s training at the Mississippi State Fire Academy in Pearl.

But “volunteer” doesn’t mean “untrained.” Far from it.

Even meeting the prerequisites to begin training is a rigorous process. Among them are a host of related certifications including CPR and emergency first aid required of emergency medical technicians. Then there are the physical and mental requirements including being able to climb six or seven flights of stairs carrying 50 pounds or more of protective gear and making good decisions under the extreme stress of many claustrophobic and dangerous firefighting scenarios.

Today the Warren County group had to prove they had the right stuff to be certified as firefighters in the State of Mississippi, which has one of the most demanding sets of requirements for firefighters in the country. The academy holds everyone, including themselves, to a high standard.

“The Mississippi State Fire Academy is one of, if not the best firefighter training academy in the world,” says Mississippi Commissioner of Insurance and State Fire Marshal Mike Chaney on the MSFA website.

“Good training, knowledge and skill can help a firefighter survive the physical dangers of the job. The training(s) the State Fire Academy offers continue to be the most up-to-date and advanced as they can be,” Chaney adds.

Fire Coordinator Briggs, E-911 Director Shane Garrard along with Chuck Tate, former E-911 director and former Culkin fire chief, and the departmental chiefs provided most of the training for the firefighters. Every Monday and Thursday night since November, the trainees were in class or receiving hands-on training on how to approach the many situations a firefighter faces.

The primary focus of all the training is safety.

Today at the Fire Academy the new firefighters had to pass several tests—everything from getting into their turnouts in two minutes or less—no small feat—to putting out a massive vapor fire safely.

Firefighters were given two minutes to put on some 50 to 70 pounds of gear.

Congratulations to one and all. 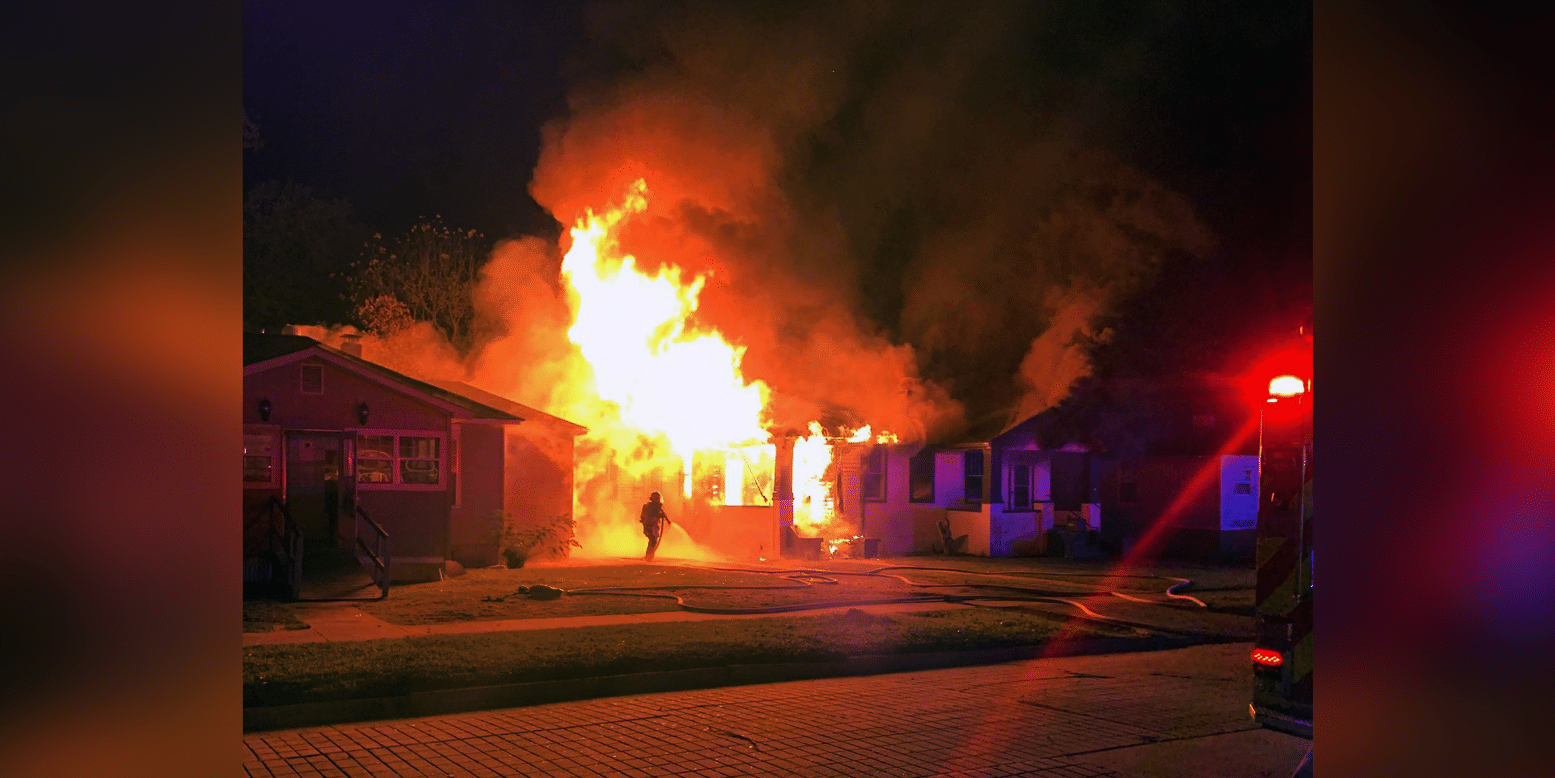 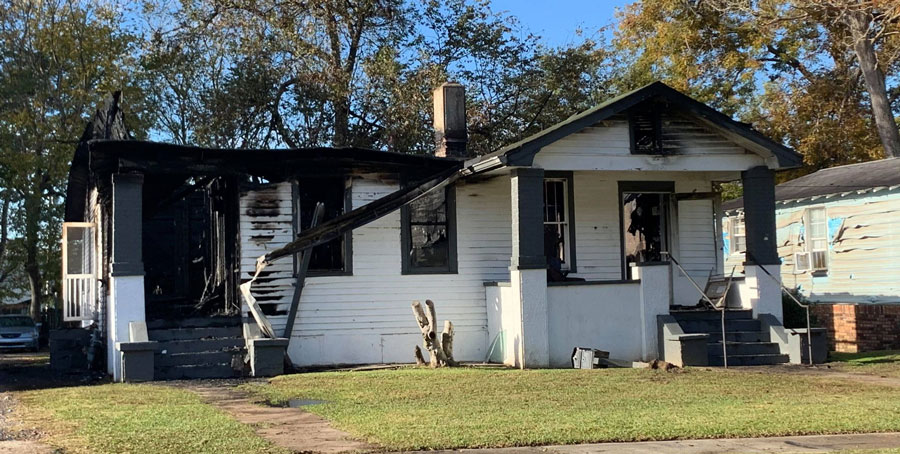 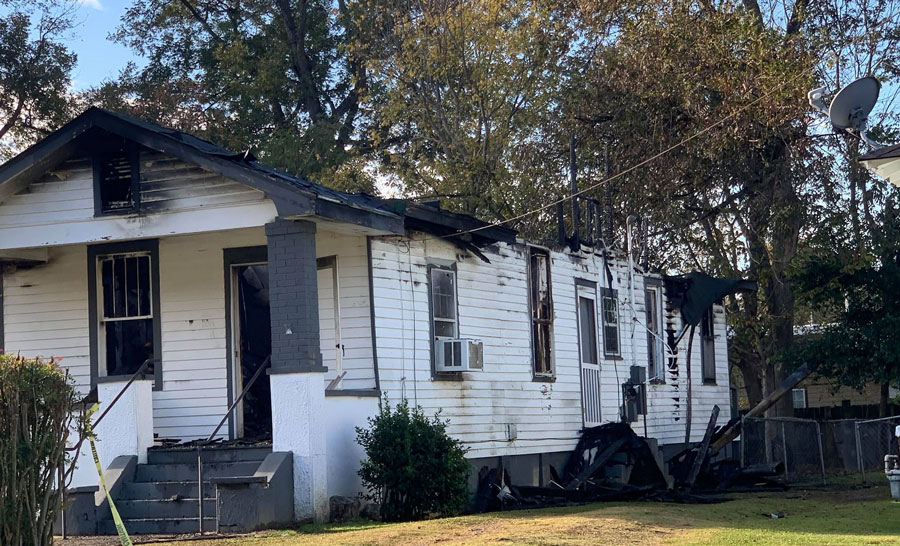 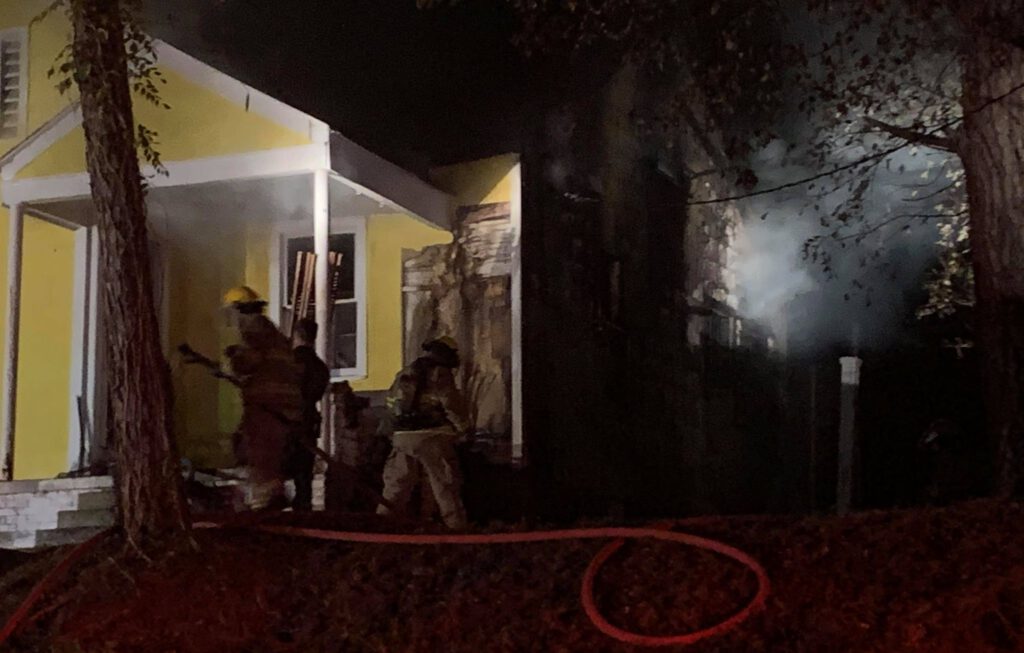 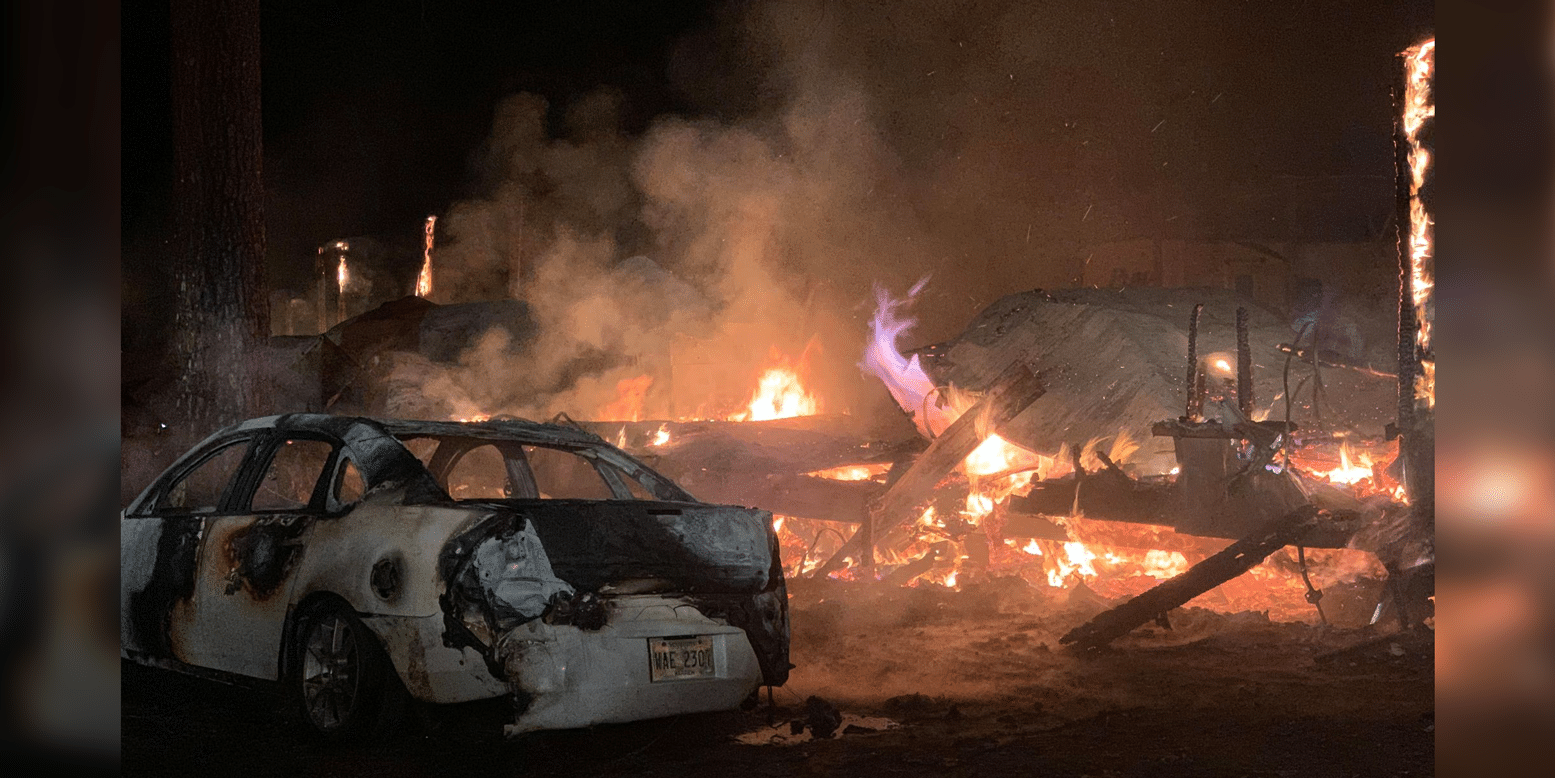 A Warren County family lost their home and vehicle to a fire Thursday morning, but escaped the blaze unharmed.

Warren County firefighters responded to an early morning structure fire at Pecanwood Mobile Home Park at 2460 Old Highway 27, Lot 10 for a residential fire. The call was dispatched at 4:40 a.m. 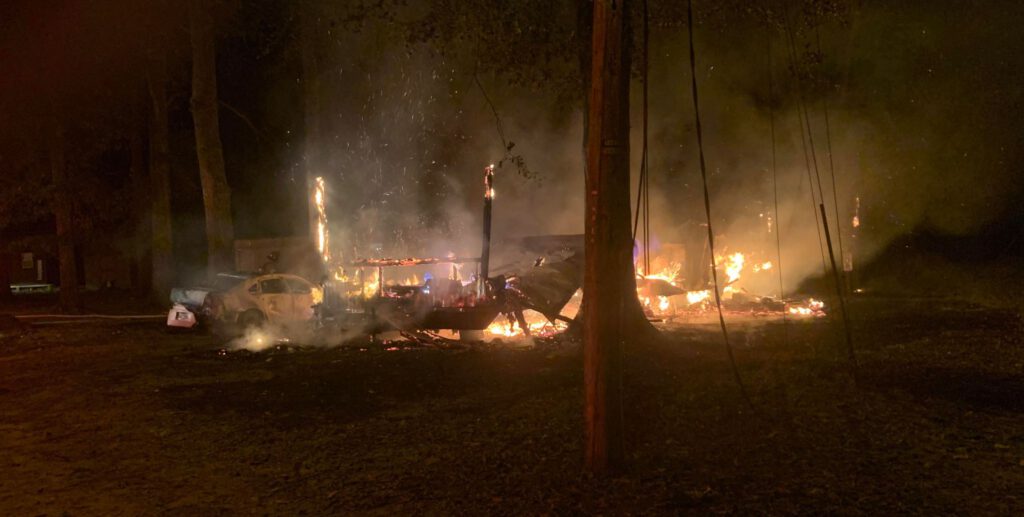 Firefighters concentrated their early efforts on extinguishing the vehicle and protecting the adjacent structures as they were extremely close to the blaze. An additional issue was the large amount of leaves and trees that were fueling the fire.

Briggs said the three occupants were safely evacuated. A Vicksburg Fire Medic Unit responded to the scene to examine the residents for possible smoke inhalation, but all refused transport to a medical facility. 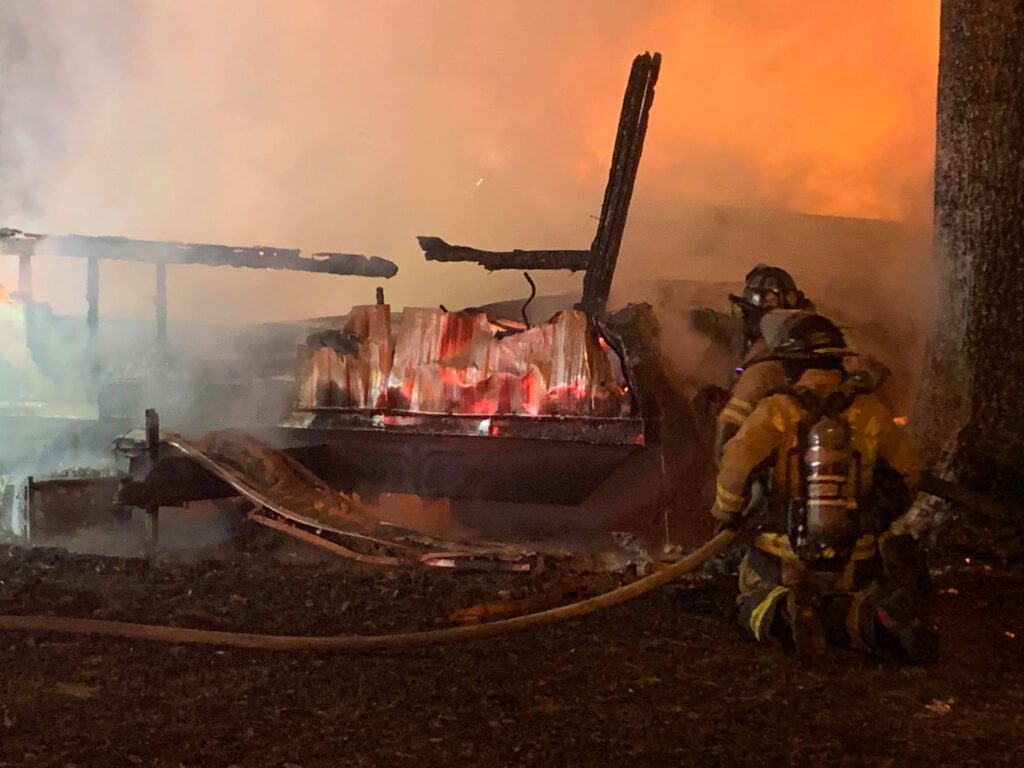 Briggs said the cause and origin of the fire is under investigation, but it appears the fire started in the central area of the mobile home. He went on to remind the public that with the change in weather conditions to please use caution with heating devices. Plug electric heaters directly into the wall outlet. He also encourages everyone to have working smoke detectors throughout their homes.

Engines 303 (Fisher Ferry) and 205 (Culkin) responded to battle the blaze along with firefighters from throughout the county.