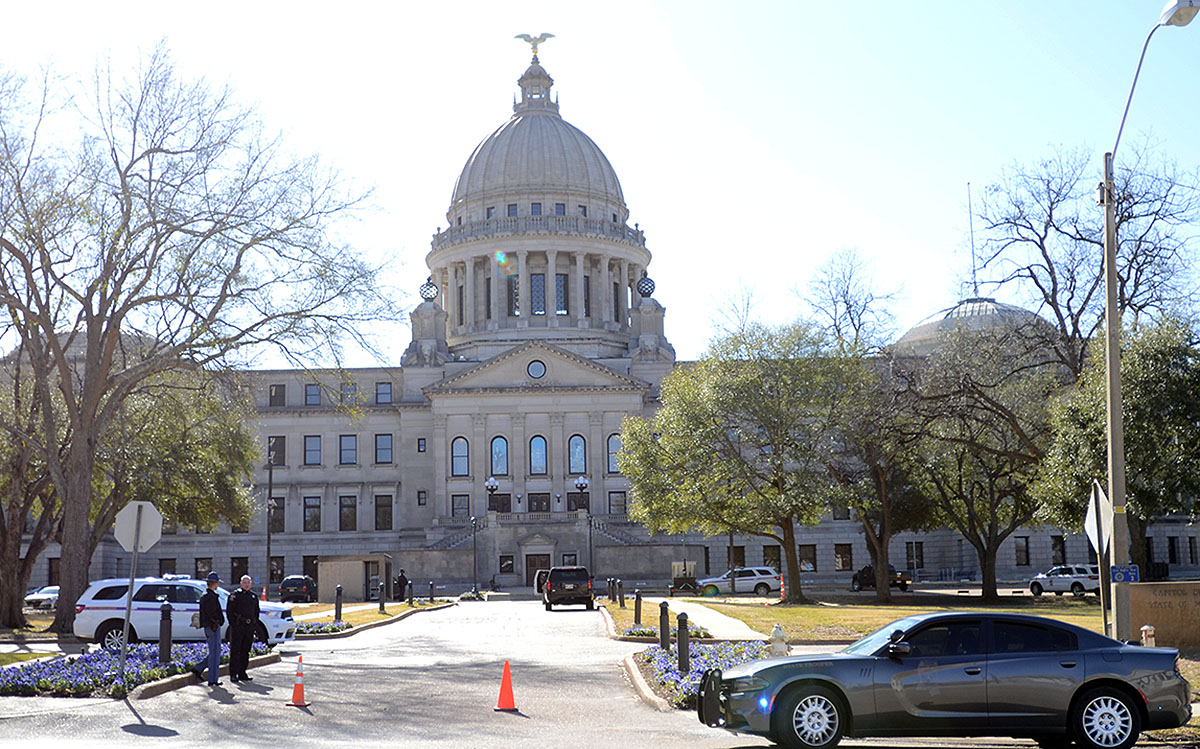 “I would say it’s an historic session for us,” said DPS Commissioner Sean Tindell. “I’m humbled by the opportunity. I’m hopeful that it’s indicative of approval of the job we’ve done over the last year.”

While DPS is not officially a state police force overseeing all state law enforcement like in some other states, the agency is seeing major expansion in its duties and authority. The agency already oversees the Highway Patrol, Mississippi Bureau of Investigation, Mississippi Bureau of Narcotics, state office of Homeland Security and the crime lab and medical examiners. But the attorney general, state auditor and other agencies still retain their own state-level law enforcement.

The new measures will increase the DPS workforce from about 1,100 to about 1,400.

The DPS measures lawmakers passed this year include:

Taking over MDOT enforcement. This is a change that’s been discussed for decades — DPS, which is over the Highway Patrol, will take over enforcement of commercial motor carrier laws, including truck-weight regulation and motor carrier safety.

DPS will create a new commercial trucking enforcement division, taking over the 234 full-time employees and roughly $16 million MDOT law enforcement budget. Tindell said the new division “will work hand-in-hand with Highway Patrol, but will remain a stand-alone division and “their function for now will remain largely the same.”

Tindell said there can likely be some “economies of scale” savings for taxpayers for DPS taking over MDOT and other duties. DPS’ state general fund budget was increased from about $91 million to $109 million for the coming year. The agency also controls about $126 million a year in “special funds” from fines, fees, licensing and other collections.

Tindell said Capitol Police will also be a stand-alone division within DPS. The state Department of Finance and Administration, which oversees state finances and building and grounds, has been over the Capitol Police, which Tendell and others said did not make sense for oversight of a law enforcement agency.

This move gained momentum this session when DPS had to augment Capitol Police with troopers and other officers after the U.S. Capitol riots raised concerns about such actions at statehouses across the country. Tindell said DPS can coordinate a “nexus” of highway patrol, Capitol Police, Homeland Security and Mississippi Bureau of Investigations in such instances.

Tindell said the Jackson Police Department has not opposed the move and “I think they have their hands full policing the rest of the city.” Sens. David Blount and John Horhn, part of the city’s legislative delegation, said they supported the measure included the expanded patrol authority downtown.

“We realize that Jackson needs to beef up its policing, and getting the state to do more would be beneficial,” Horhn said.

Patrolling and running radar on interstates within large cities. This measure was authored by Jackson’s Senate delegation in response to a Jan. 1 incident in which people shut down part of Interstate 55 for about an hour holding an impromptu drag racing and burnout session.

Highway Patrol had been prohibited from running radar for speed enforcement on interstates inside cities with a population of 15,000 or more. The new law allows this, and also requires cities to notify state troopers whenever a federal roadway is blocked.

Blount said the measure was also supported by representatives of other large cities across the state.

He said the agency would hand off to district attorneys if there were a conflict, such as a state trooper or other DPS agent involved in a shooting.

Hiring assistants to help medical examiner doctors. This would help with the state’s chronic backlog of autopsies and death investigations — and shortage of medical examiners — by providing lower-level workers with medical training to assist.

Tindell said people trained in forensics, other medical fields or trained investigators could be hired in the $50,000 to $80,000 a year range, as opposed to more medical examiners — which are in short supply nationwide — making $250,000 to $300,000 a year. Tindell said other states are using such assistants and the National Association of Medical Examiners supports such measures, which allow the doctors “to focus on the more heinous crimes” and cases that require more expertise.

Moving forward on a new DPS headquarters. Long in the works, lawmakers approved adding a $24 million “deficit appropriation” to DPS’ current year budget to complete a new headquarters for the agency in Rankin County. Tindell said groundbreaking on the headquarters, with a total cost of $60 million to $80 million, should be in early 2022.

“This will mark the first time in history that all of our law enforcement divisions will be under one roof, working together,” Tindell said. “… MBN is in Byram, Homeland Security is at Jackson State, Highway Patrol off Woodrow Wilson — we are literally all over the place spread out now. It hinders our ability to communicate on a daily basis.”

The new headquarters will also be close to MEMA headquarters, the crime lab and state Fire Academy.

Other measures lawmakers passed this year include allowing other state agencies to contract with DPS for law enforcement work. Tindell said state Child Protection Services, Board of Medical Licensure and other agencies frequently need “a law enforcement presence” or investigative authority and officers. He said, “they would technically be employees of those agencies, but we would give them the training and credentials.”

Lawmakers also authorized MHP to have a small “trooper school” in the coming year to add more highway patrol, and to reduce the time already-trained law officers must spend in trooper training. Tindell said the law had prescribed troopers attend an 80-day school, but the change will allow that to be shortened for certified law officers with two years of enforcement experience. Tindell said fewer people are applying to become state troopers, in part because of the lengthy training even for already-experienced officers and other agencies offering more money.

Lawmakers did not approve the agency’s request for a roughly 6% raise for DPS officers, although Tindell said some will see raises from an across-the-board state employee discretionary merit pay raise.

Tindell said troopers’ starting pay is about $39,000 a year, and noted some state sheriffs’ departments are starting officers at $50,000.

“It’s getting harder and harder to recruit new troopers when they can go take a job at one of the larger police departments or county sheriff’s departments making more money,” Tindell said.

This story was originally published by Mississippi Today and is republished here under Creative Commons license.