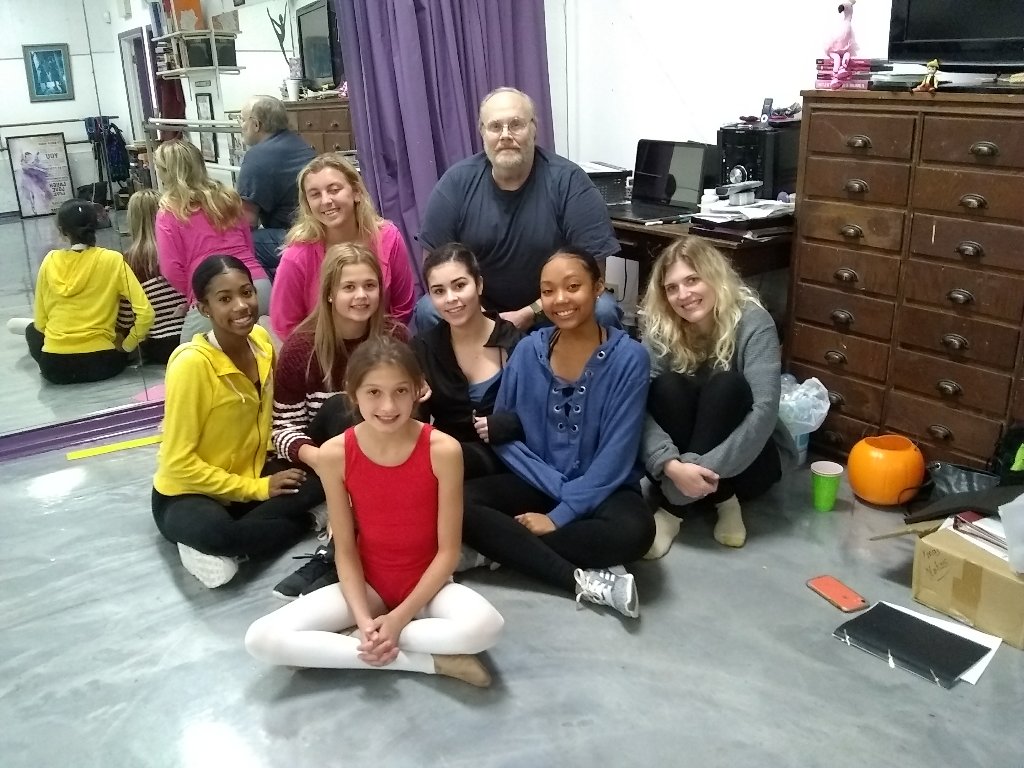 For 34 years, Mike Gillis dreamed of creating a movie to play at the Strand Theater in Vicksburg, and today he is making that dream come true.

Since September, Gillis has worked alongside Strand owner Jack Horne, and local actors Cassidy Lampkin, 17, Brelyn Beck, 16, Ellie Ahna, 10, and others to film, direct and star in a short film about overcoming heartbreak.

“It’s about a young lady named Riley, played by Brelyn Beck, and she has her heart broke for the first time,” Gillis said. “She goes to the dance studio and is just all tore up.”

The movie tells the story of Riley’s broken heart healing with the help of her dance partners and a gentle custodian. She discovers that heartbreak isn’t the end of the world and reinvests herself into doing what she’s always loved: dancing.

“I don’t want to share anymore,” Gillis said. “You’ll have to come to the premiere to see how it all ends.”

Gillis has a long history of working in media as a novelist, videographer and more, even winning a national award with his work on the screen play for “When I Loved You.”

A few of his most recognized films are “Change of Hearts” and “Around the Next Corner.”

“This is going on my 16th year, and I’ve worked in the industry for about 20 years on my own,” he said about working in film. “My first feature-length film was ‘When I Loved You,’ and it starred Cassie Lampkin, who is also in … ‘Trieste Adagio.’

“We were finalists at the Los Angeles Film Festival, [for “When I Loved You”] and that was a great honor. It’s like being nominated for an Academy Award. I was very happy, and I am very happy with this right here. I think we’re going to do very well.”

With his new short, as-yet-unnamed film, Gillis hopes to expose the actors and the local public to the world of film making and appeal to a youthful audience to teach them that heartbreak is not the end of the world.

“I think that this production will show that there’s people that do go through things,” he said.

“I shoot a lot of things here in Vicksburg. Most of my shots are here in the state, and I hire local actors. It brings some culture here to Vicksburg so people can see how things are done in the movie industry.”

Though the short film is not yet complete, Gilles plans to premiere it at the Strand Theatre (717 Strand St.) in early January and invites people of all ages to enjoy the film for what could be a life changing experience.

“If I can change one person’s life with this then my job is done,” he said. “These girls and all of the actors have been working so hard, and I’m so proud of all them, and they deserve to be seen.”