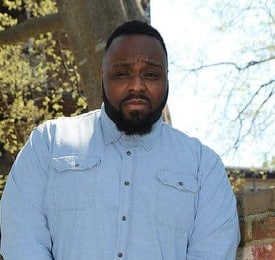 For as long as he can remember, Mike Bunch’s mother encouraged him to give back. Each year he would search for different ways to celebrate his good fortune and create ways for others to experience the same.

His first way of giving back was by sharing his love of music.

“I started out as a singer,” Bunch said. “What that did was allow me to give back at an early age, and my mother, Earlene Bunch, instilled that in me. She always told me that you can’t take it all in and not give back. That’s how she raised me. So from there I gained so much attention early on from singing, and I guess it kind of carried over into my adult years with people remembering me for winning talent shows and [being] recognized at an early age. That allowed me to be more productive in my giving.”

Today the Vicksburg native uses his profession as an instructor in the Vicksburg Warren School District to inspire the youth of the city.

“Now I’m an educator at Warren Central High School,” he said. “I also give back there by buying some clothes and stuff for the kids, just being here for a real reason. Some people aren’t able to do things, and I want to be that light in their lives that makes things easier. I just want them to know that I love them, and I want them to be the best that they can.”

“It’s the little things that count more than the big things,” he said. ” I do school-supply drives, take kids shopping for school. I do everything. I just like to make kids smile. Some parents do the best they can with their children, and sometimes they fall short, and I understand that. With all of my gifts and talents, I don’t want to take in everything and not give back. So it means a lot to me to give back to the community. I make T-shirts and own gumball machines, so I just try to get the students involved.”

Bunch says that with the help of his mother, Earlene Bunch, and his wife, Kimberly Bunch, he is able to continue the work he believes he is meant to do.

“They’re my support system,” he said.

Over the years Vicksburg has seen how much Bunch has given back to the community.

“This lady basically lost everything,” he said. “She had nothing in her apartment. I used my social media and some of my own funds, and we completely furnished her apartment. She had nothing and was sleeping on the floor. That meant a lot to me because it lets you know that there are still some love out here. Even with the recent tornado we had.

“I got up and saw that people didn’t have any lights or water. I took sandwiches out, and I wanted to feed the community because that’s what God wants us to do. I told people to come out and get a bag lunch and that meant a lot to me.”

Bunch stresses that it isn’t the recognition that he cares about; he simply wants everyone to know that he is always there.

“I just want people to remember me as a gentle giant,” he said. “I’m a gentle giant that is always willing to lend a helping hand and who approaches everyone with a smile. I’m someone who lives life abundantly.

“I also want people to know that if they need me, if I can be there, then I’ll be there and that I love them, and my love is genuine.”

Barry Bingham: ‘that they be remembered’

YMCA best friends battle it out on the football field