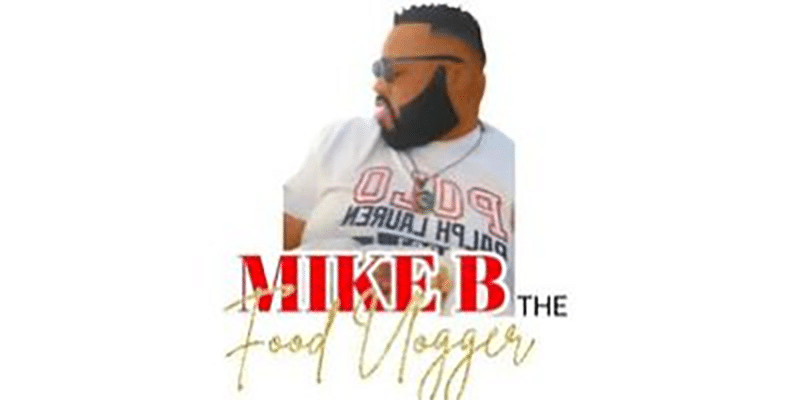 Everything about Mike Bunch is big. From his dreams and goals to his heart and personality, he doesn’t do anything small.

He loves big food, as in big flavors. Bunch grew up in a large family of great cooks and has always appreciated the importance of delicious food. Because he has been cooking since his youth, it was no surprise when Bunch started his own catering company, the Sak Express.

Due in part to his large personality, Bunch’s love of big flavors turned into an unexpected business opportunity.  He often shares his dining experiences via Facebook live videos on the Vicksburg Eat Local page, and because of Bunch’s charm and sense of humor it didn’t take long for his videos to go viral.

Tiffany Luke, a lifelong resident of Vicksburg and frequent visitor to the page, said, “I noticed a video with a guy eating so I decided to check it out. The way he described every single thing that he experiences while he tries the food is very entertaining.  He has such an exciting, contagious personality and I can’t wait to see his next video review. And the ‘mmmmm’ noises he makes while he eats are the absolute best. He is hilarious!”

Thousands of others also took notice and enjoyed Bunch’s video reviews, and now Bunch is a professional food vlogger in high demand.

“I stay busy with the paid gigs, but I still like to help out and show support for smaller businesses,” he said. “The local, small places that are struggling right now need all the help they can get, so I try to pop in on different ones and show them some love and help drum up some business for them.”

It’s welcome publicity if there are others like Luke who laughed and said, “Before I go try something new somewhere, I have to check and make sure it’s ‘Mike-approved’.”

In addition to catering and vlogging and education, Bunch is also in the works to develop his own online video channel  with friend, Aaron J.

It is with his enormous supply of energy and extra large heart that Bunch still finds time to volunteer in the community. He is the brains and host of an online series that highlights young people with part-time jobs. Bunch surprises teens at their jobs by showing up with balloons, flowers and other gifts and broadcasts the entire thing on FB live. He said, “They deserve to be recognized for doing well in their workplaces. They need to learn early that hard work does not go unnoticed. Everyone benefits from building them up when far too often they are torn down.”

Bunch gives a lot of credit for helping him become the man he is to his ‘brother from another mother’, Rocky Smith. According to Bunch, Smith is responsible for encouraging him to keep setting lofty goals and pursuing new ventures.

Of Smith, he said, “Rocky and I grew up together as babies and he’s been a blessing to me ever since. He’s always told me that I have something special, and it’s not just in my career. He’s my counsel through everything, even helping me become a better man to my wife.” 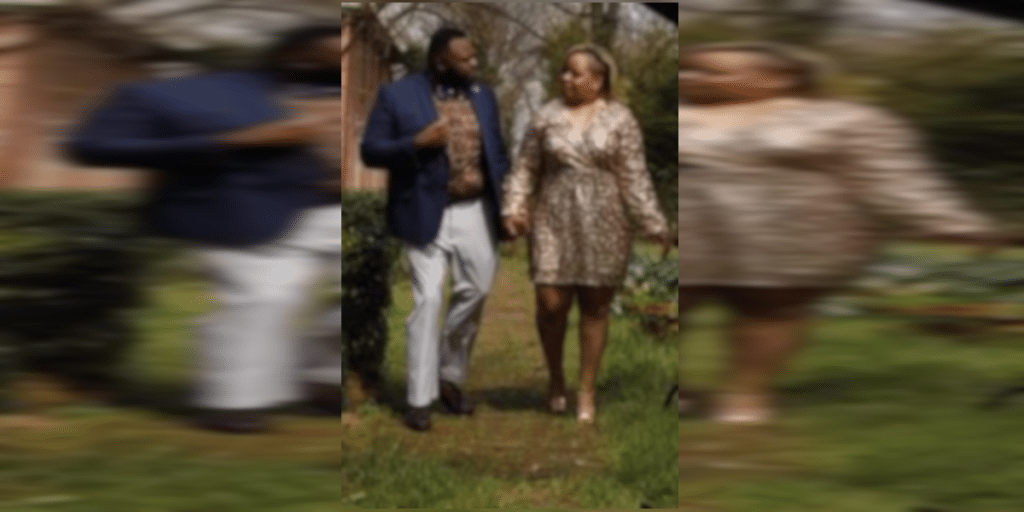 Mike and his wife Kimberly (photo courtesy of M. Bunch)

Another enormous part of Bunch’s life are the ladies whom he credits for making him the success he is. Bunch starts with his mother, Earline. He said, “She raised all of her boys with unconditional love, but also discipline and the desire to ourselves and everything around us better.”

Bunch’s praise for wife, Kimberly, is no small thing. “Oh, she is amazing in every possible way. She is supportive of my dreams and goals, and I still get butterflies in my stomach when she looks at me. I wouldn’t be able to do half of the things I do if it weren’t for her having my back,” he gushes. 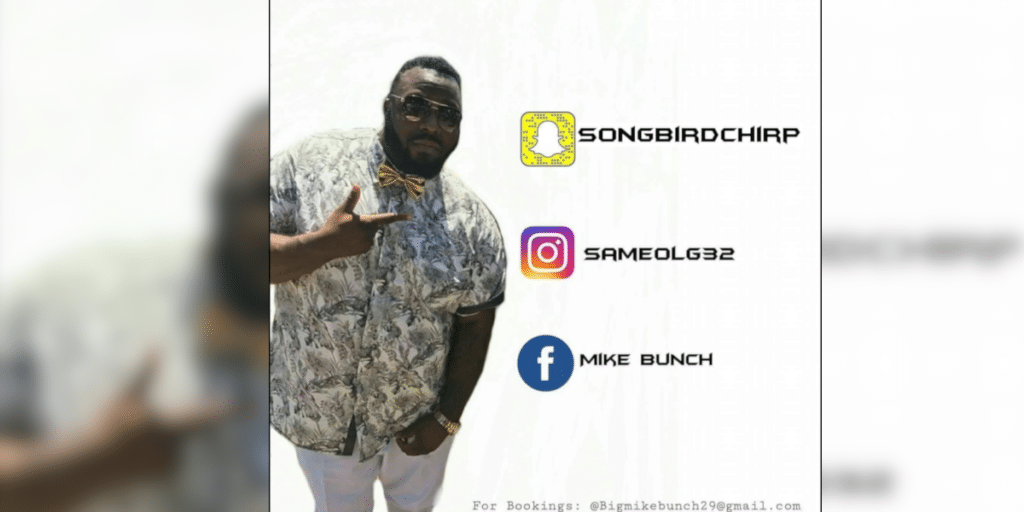 As for future endeavors, Mike Bunch is naturally dreaming big. “My goal is to become the biggest food vlogger in the world. I want to make commercials for the largest companies and have access to all of the giant resources that will allow me to keep giving back to the people and places I love. Because you know what they say, go big or go home.”