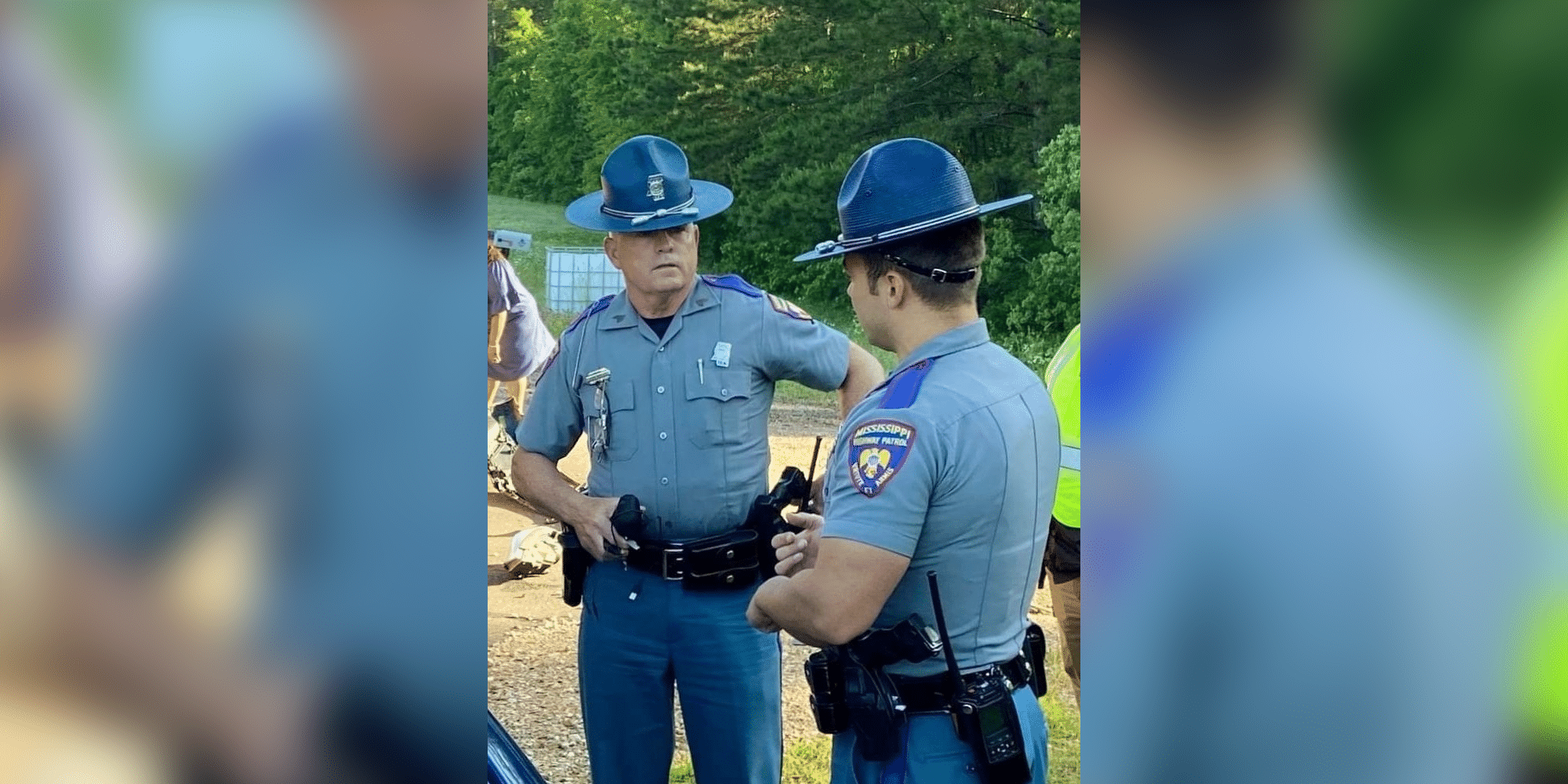 Trooper Bentley discovered a two-year-old boy standing alone on beside the road. (MHP)

On Thursday, Mississippi Highway Patrol Trooper Kevin Bentley was part of an unexpected event which led to the recovery of a missing child.

Around 4 p.m. on Thursday, Trooper Bentley was driving on County road 20 when he noticed a small child standing alone near the road.

Trooper Bentley made contact with the Jasper County Sheriff Department to see if the boy was reported missing and to request ambulance assistance to check on the child.  The boy was confirmed to be a two-year-old that had been missing since around 7:30 that morning.

The boy ran toward Trooper Bentley when he exited his patrol car, where Bentley kept the boy company until other units arrived.  Jasper County Sheriff Department promptly met Trooper Bentley at the scene.

Thanks to swift action, this young boy has been rescued. Many thanks go out to Trooper Bentley and all others involved.