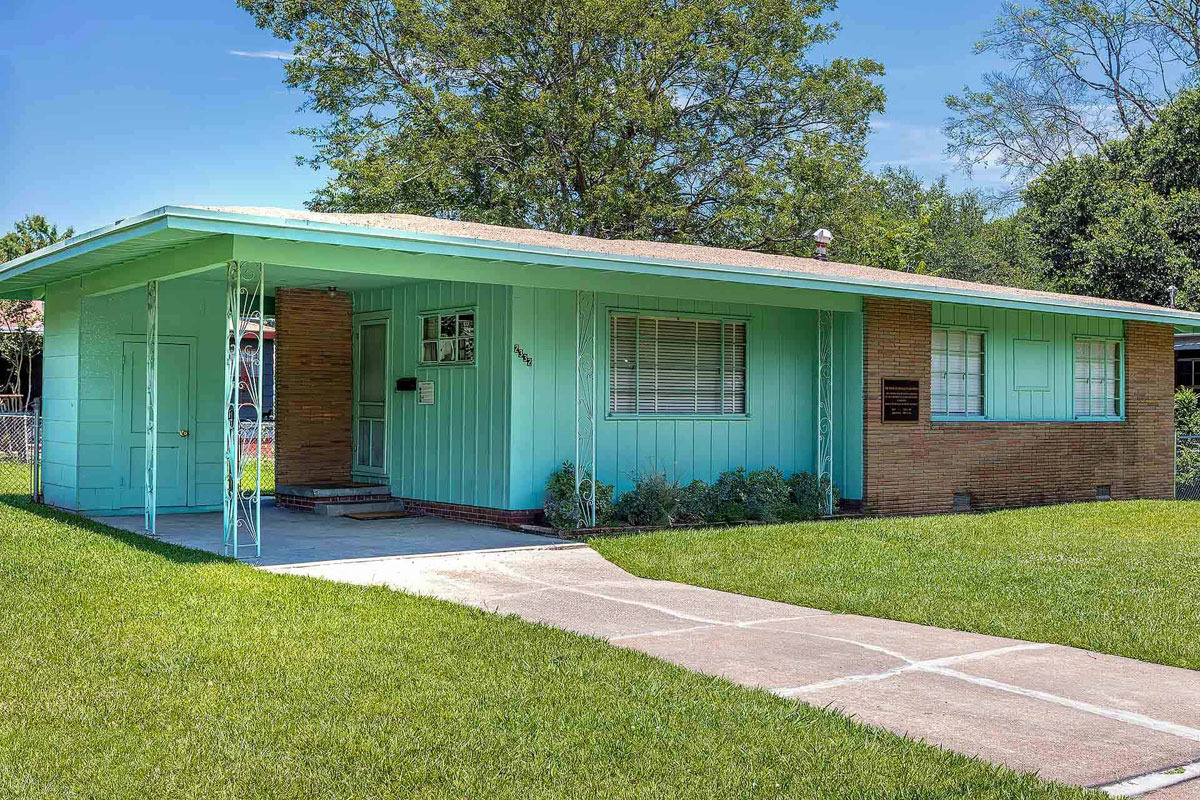 The house, located at 2332 Margaret W. Alexander Drive in Jackson, Mississippi, was home to Evers, his wife, Myrlie, and their three young children. A veteran of World War II, Evers was Mississippi’s field secretary for the NAACP, and was active in the civil rights movement of the 1950s and ’60s, which frequently put him at risk of violence.

In the early morning hours of June 12, 1963, Evers returned to his home after a meeting. As he got out of his car in his driveway, Byron De La Beckwith, a member of the White Citizens’ Council in Jackson, shot Evers in the back.

He died shortly after the shooting in the hospital, which initially refused to admit him because he was Black. He was 37, and the first African American in Mississippi to be admitted to a white hospital. He was buried with honors at Arlington National Cemetery.

De La Beckwith was convicted of the murder in 1994 after two all-white juries deadlocked at two trials in 1964. He died in prison in 2001.

The Evers’ home is a museum on the U.S. Civil Rights Trail but is not open to visitors at this time. It was named a national historic landmark in 2017. As a national monument, the home will be managed by the National Park Service.