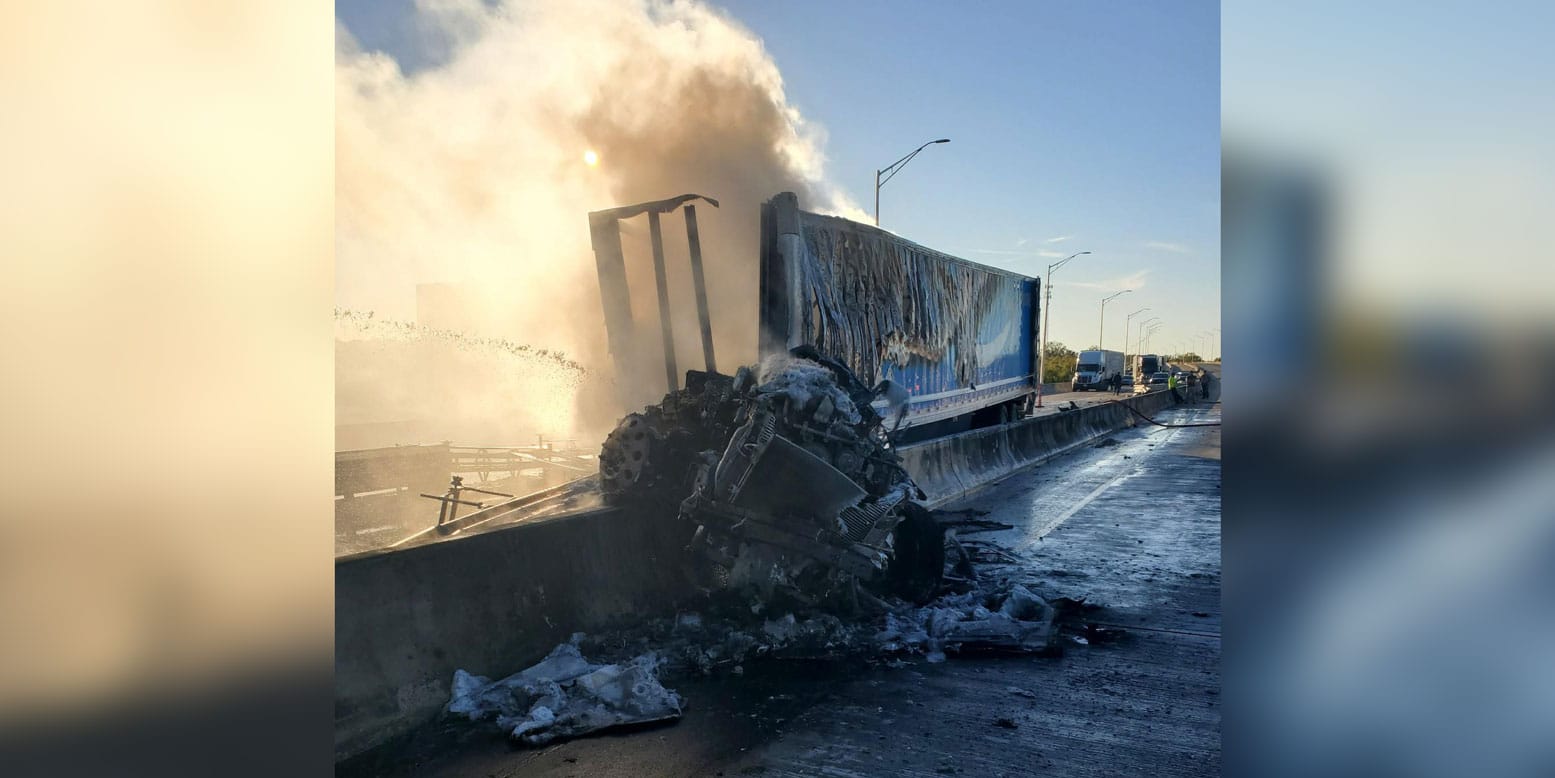 Just after 3:30 p.m. Sunday, reports began to come in of an 18-wheeler on fire on the Louisiana side of the Mississippi River bridge in the eastbound lanes.

According to Delta Deputy Marshal Sam Kennedy, the driver experienced a mechanical issue with his brakes and used the construction barrier to bring the truck to a stop. This ignited a fire which engulfed the truck and part of the trailer.

The driver managed to escape uninjured.

Delta, Mound and Tallulah Fire Departments responded to the incident. Traffic was stopped in both directions as the wreckage is in both lanes on the superstructure of the bridge. 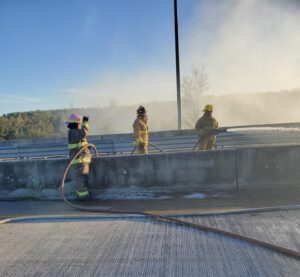 There is no timetable on reopening the bridge. A wrecker has been summoned to remove the truck.

The Vicksburg Daily News will provide more information as it becomes available.