Melinda McGrath, executive director of Mississippi Department of Transportation, has been on-scene all day overseeing the safe operation to remove the sign truss damaged at 10:20 a.m. 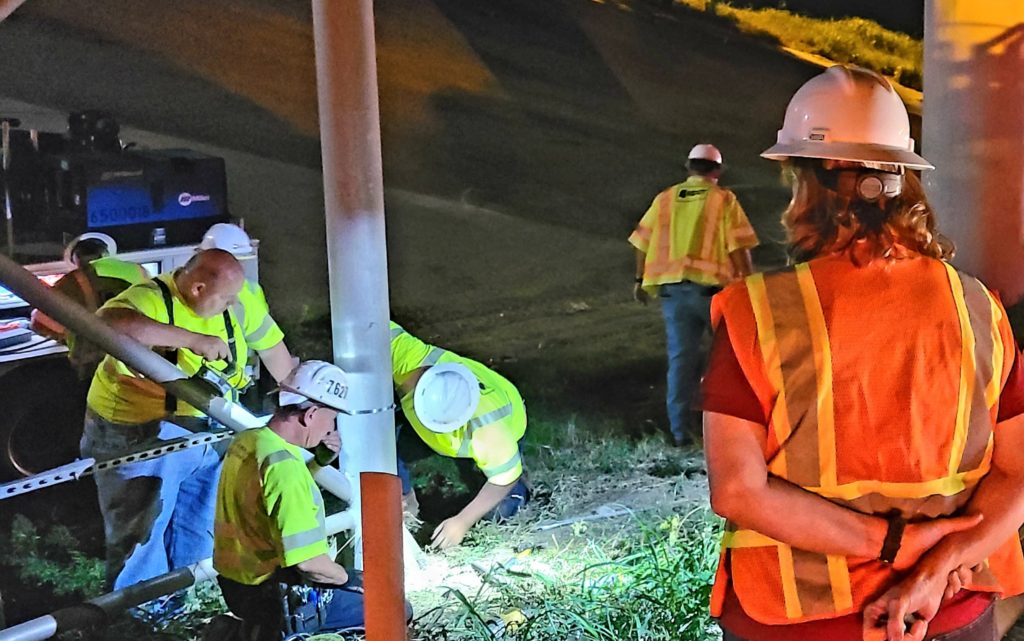 The crew discovered that the bolts were stuck, and another solution would have to be found.

The crews have faced issue after issue in their efforts to clear the wreckage and remove the damaged truss.

McGrath noted one positive in the situation, the sign was already under contract to be replaced, and most of the funds have already been allocated for the project. This significantly reduces additional costs to the state. 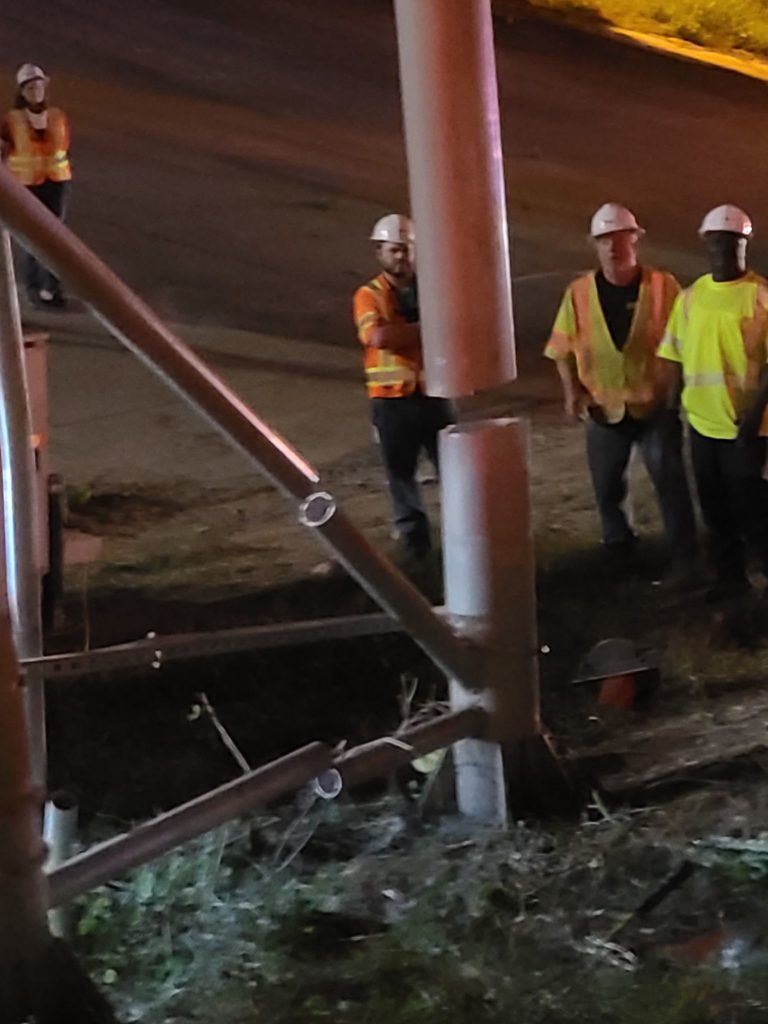 Undeterred by the stubborn bolts, the crew cut away the truss, now held up only by the crane.

In spite of the obstacles, they have managed to remove the tractor and trailer that was involved in the Sunday morning accident.

The task at hand now is to detach the undamaged side of the truss and cut it into pieces small enough to haul away. 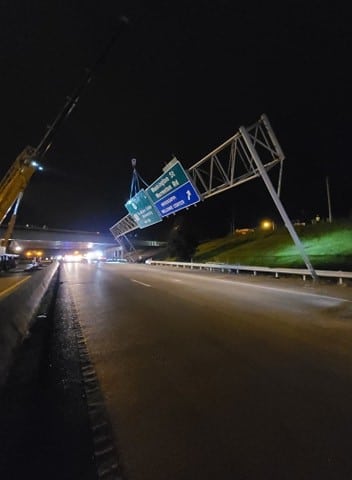 Too large to haul in one piece, the truss has to be laid down and cut into manageable pieces.

After a long day of work, the job is nearly done, ensuring a clear Monday morning commute for the many people that depend on the bridge.

More photos of this project can be found on the Vicksburg Daily News Instagram page.

Truck’s brakes on fire at I-20 scales