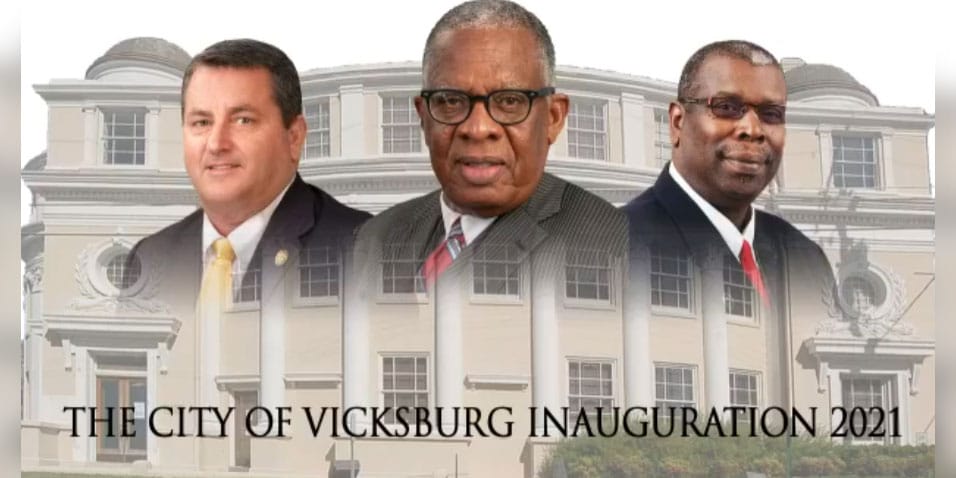 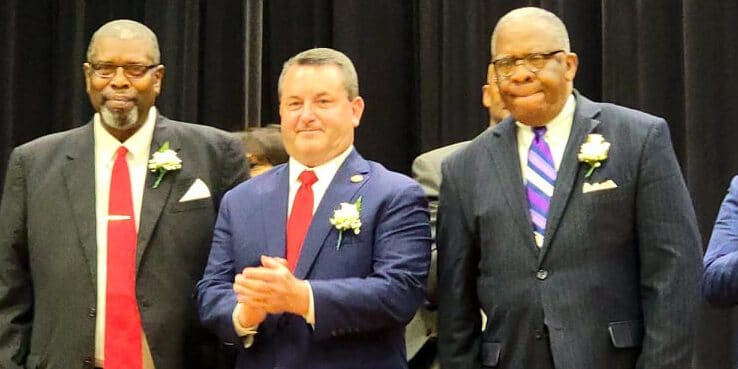 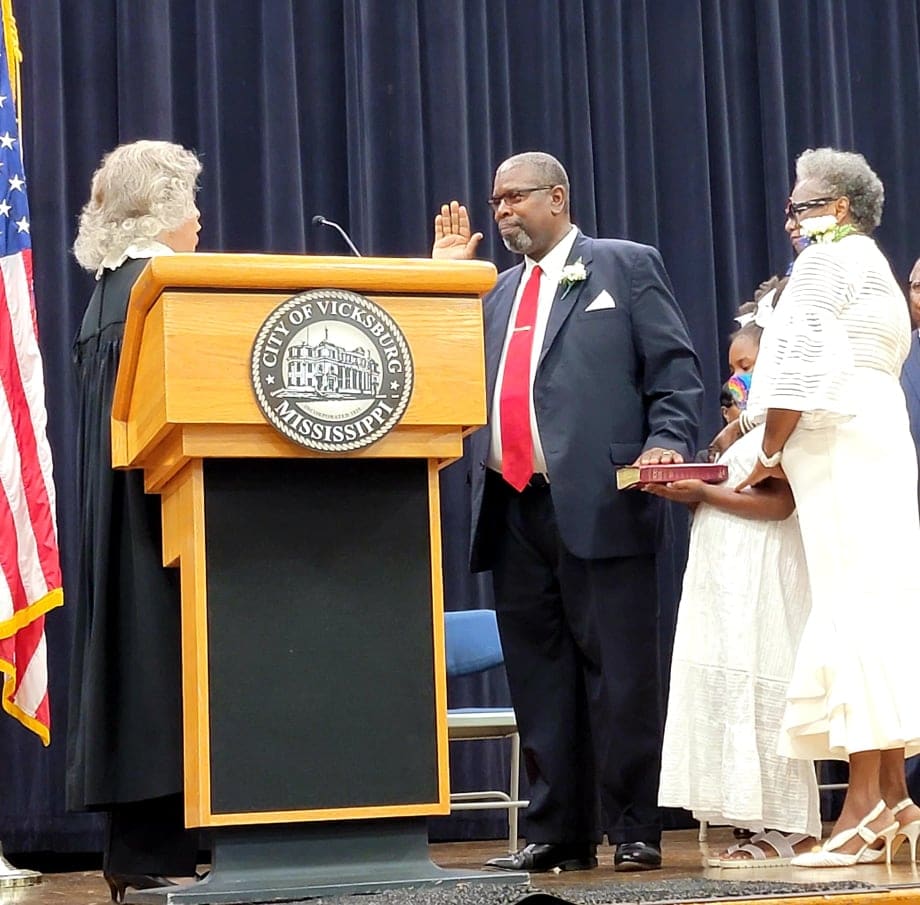 Michael Mayfield, Sr. in sworn into his fifth term as North Ward Alderman for the City of Vicksburg (photo by David Day)

Michael Mayfield is entering his 5th term as North Ward Alderman for the City of Vicksburg.  Previous to this, he served three terms on the Warren County Board of Supervisors representing District 2.  Mayfield defeated Alfred Webb in the primary election 833 to 334 and ran unopposed in the general election.

Alex Monsour was also chosen by voters to return for a second term, however his victory over Vickie Bailey was a narrow margin of under 100 votes.  Before serving on the Board, Monsour served as a State Representative from 2008 to 2017. 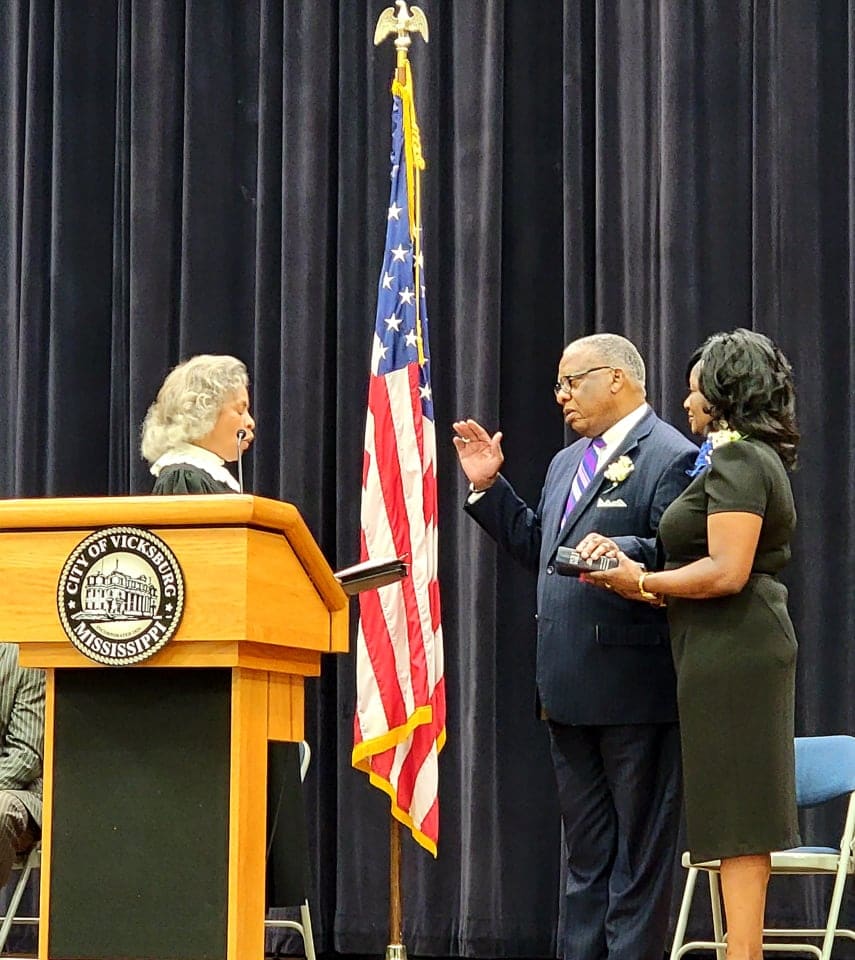 George Flaggs Jr. is sworn into his third term as Mayor of the City of Vicksburg (photo by David Day)

Mayor George Flaggs, Jr. is the first mayor in our city to serve three terms since since John Holland who served from 1957 – 1968. Flaggs secured 68% of the vote in the general election against Troy Kimble, who obtained 26% and Daryl Hollingsworth, who obtained 7%.  Flaggs has taken great pride in the fiscal responsibility with which he and the Board have run the city, and will continue to do so in the term ahead.