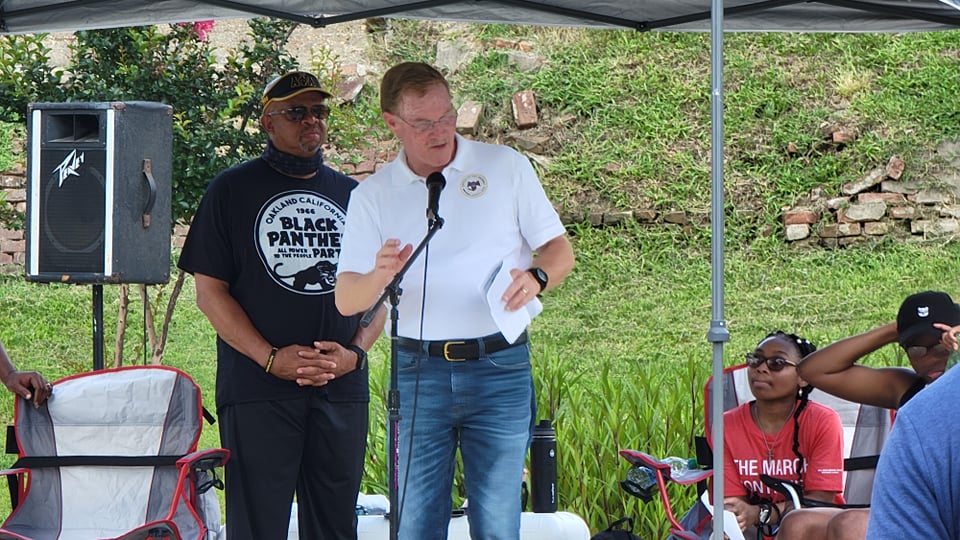 Warren County Sheriff Martin Pace was named as Hinds Community College Alumnus of the Year for 2021. The award is given to one alumnus each year who has demonstrated significant contributions to their community, state or country.

“I am very supportive of Hinds and their mission and am honored that I have been selected as Alumnus of the Year,” expressed Pace.

“Hinds Community College has always been a big part of my college education. It’s where I began my first two years. The staff – the professors that I had my freshman and sophomore years had a lasting impact on me and certainly helped focus my career,” said Pace. “I had the opportunity to return to Hinds as adjunct instructor for number of years at the Vicksburg/Warren campus and those were important years as well. I thoroughly enjoyed the classroom environment.  A lot of people went on to enjoy careers in public service. ”

Pace stated he was surprised when he received the phone call informing him of his selection. “My first reaction was there were so many people out there that would be much more deserving than I would,” stated Pace.

When it comes to contributions to the community, Pace is not lacking. The sheriff has spoken at many public events, marched along side citizens making a stand against injustice and has even been known to wrangle a snake or two.

When Pace was asked if he had any words for his fellow alumni, he responded, “Whether you attended Hinds in the career technical field or whether you received an associates degree and went on to a university, Hinds alumni are all one family.” He continued to express that fellow alumni continue to support Hinds CC.

Pace stated the campus in Vicksburg is due to open a maritime training center on Oct. 28. The one-of-a-kind facility will serve to train people for careers in the river industry. The new program is something that Pace feels is important to the community and will be something the citizens could be very proud of.