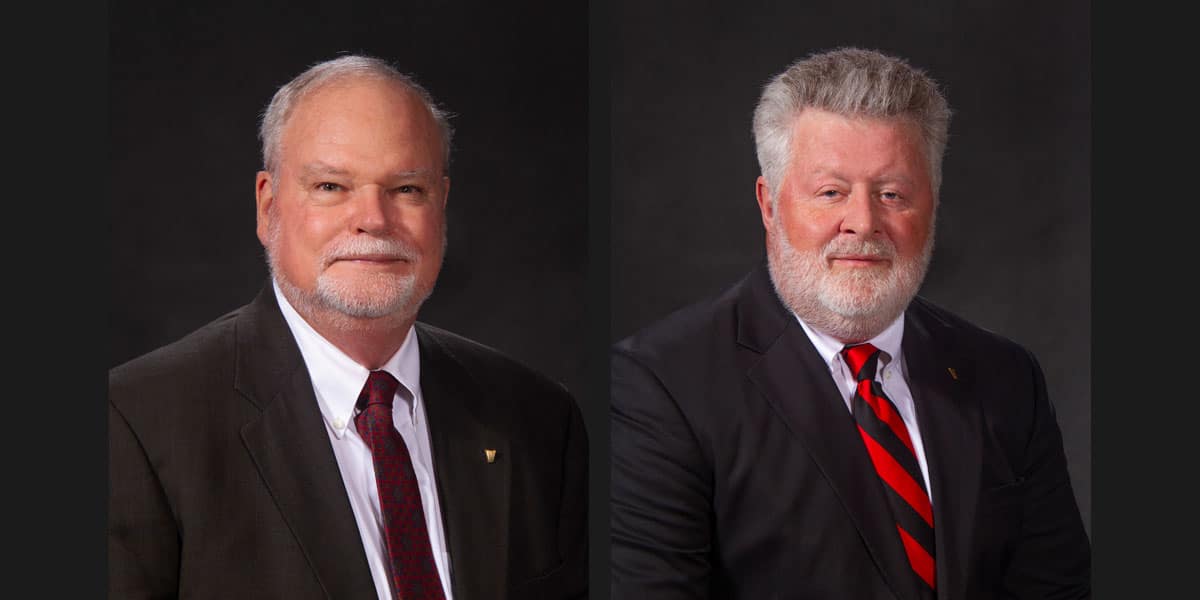 Dr. Bill Martin and Dr. Reed Mosher will join the ranks of more than 100 former employees whose significant career achievements left a lasting impression on both ERDC and the nation.

Martin and Mosher both served as directors of laboratories at the ERDC. Both pioneered technologies that proved to be life saving for American Soldiers and both left behind a remarkable legacy when they retired from federal service.

Each year, the ERDC inducts new members to the gallery, the highest honor bestowed to those who have worked at WES in Vicksburg.

Martin, a U.S. Army veteran, ended his 41-year ERDC career in 2013 as director of the Coastal and Hydraulics Laboratory. In that role, he led a $90 million research program that provided cutting-edge technology solutions to more than 500 projects around the world. Martin was also instrumental in updating the lab’s world-class facilities, including the development of a state-of-the-art Ship Simulator Complex, which allows engineers and pilots to simulate ports, harbors and maritime environments all over the world.

Martin is also remembered for being a leader in addressing complex groundwater issues on military installations, as well as for leading a team that performed emergency modeling of the Sava River in Bosnia-Herzegovina in support of the 1st Armor Division’s peacekeeping role after the Balkan War. His team provided daily river condition forecasts and answered engineering questions for more than 450 consecutive days, which led to the creation of the WES Tele-Engineering Program. Today that program is known as the U.S. Army Corps of Engineers Reachback Operations Center, which is located in Vicksburg and connects deployed troops in the field to subject-matter experts back home who can help solve engineering challenges for them.

Mosher, who spent 40 years as a federal employee, retired as director of the Information Technology Laboratory  in 2018. Under his leadership, the lab’s staff grew by 108%, becoming the second largest ERDC laboratory. He also oversaw the construction of a 66,000 square-foot expansion to the laboratory, and his vision for a new secure computing facility is under construction and scheduled for completion later this year.

Before his ITL role, Mosher served as the lead technical director for military engineering in the Geotechnical and Structures Laboratory, where he was also directly involved with assessments after some of the world’s most notorious attacks and bombings — Oklahoma City in 1995, the U.S. Embassies in Africa in 1998 and the Sept. 11, 2001, attack on the Pentagon. He was instrumental in developing new technologies designed to protect soldiers in Iraq and Afghanistan from rockets, mortars and other explosives.

Even after their retirements, both inductees are still involved with the ERDC today. Martin is a member and served as the 2019 president of the ERDC Alumni Association, while Mosher is the director of the Mississippi State University Institute for Systems Engineering Research, a partnership initiative with the ERDC.