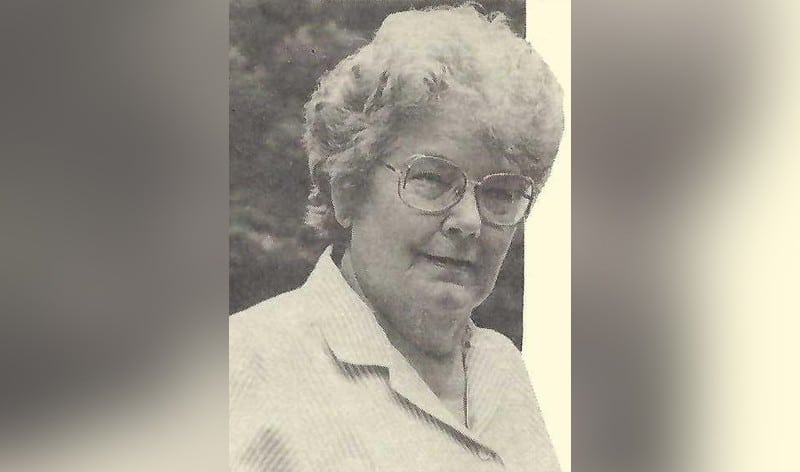 Margaret was born in Cherry Valley, Ark., on Dec. 29, 1925. The family moved to Crenshaw, Miss., when she was a child. She attended school in Crenshaw, followed by employment during World War II in the defense industry. After the war, she traveled the world with her first family. Then, in 1951, she settled in Vicksburg. She was employed by Casino Restaurant from 1951 until 1965, first as a server, then as manager.

She married her husband of 54 years, Hardy A. Katzenmeyer, in 1965.  In 1967, he entered the Army, and she followed as a proactive Army officer’s wife until their retirement in 1986.  During the many Army service years, she studied art in Brunswick, Ga., where she earned an associate degree. While stationed in South Korea, she studied drawing, watercolors and oils for two years under Korean art professors. Upon departure from Korea, she was presented with a letter of appreciation in mission affairs.

While stationed in the Netherlands, she studied art for four years in the Netherlands and in Germany. During this period, she perfected the “Old Masters” technique. She gave many pieces of her work away, but was also very successful in selling her watercolors and oils. Some of the Old Masters pieces sold in an art gallery in Atlanta, Ga., for a handsome sum. When the four-year Netherlands diplomatic tour was completed, she was presented with a letter of commendation from the Ambassador.

Upon her husband’s retirement in 1986, she was presented with a letter of commendation for 20 years’ service as an Army wife. From her retirement home in Natchez she continued her study of watercolors under a Japanese teacher who traveled from Baton Rouge to Natchez to present workshops. She served as vice-president and then president of the Pilot Art Club.  She was an accomplished artist who took great pride in her work. She worshiped as both a Baptist and Roman Catholic.

We would like to express sincere appreciation to all Kindred Health Care Service personnel, especially the home health nurses who came to the home. Many thanks to Dr. Lee V. Giffin and his nurse who provided outstanding care over many, many years.

Surprised I lived this long, but was beginning to think I’d never go! If you’re reading this, it’s because I’ve met my maker; read fast, as I have tomatoes to plant. The soil up here is cool and rich, and guess who came running when I was finally able to utter a word? Snowman! That boy is somethin’ else…still remembers the tricks we learned together. So many puppies here, at first I thought I went to Dog Heaven until I hugged my momma and she said my daddy is here (whew!), but still hiding from her. Found my twin, Ronnie, yesterday, he still looks like me, handsome devil (oops, probably a bad expression here). I’ve missed him! I’m on the hunt for the rest of my brothers, because I hear them taunting this little brother in the distance, sons o’ b*tches. To my loved ones on Earth, I want you to know I suffer no more. My two beautiful sisters, Jerlene and June, my little brother David, our love is thick, no matter the distance or the disagreement. Take care of each other, please. Mark, my only son, I am so very proud of you, I miss you being my hunting sidekick, my golfing partner, my fishing buddy, but thank you for being my caregiver when I was down. You’re a loyal son, I love you…and I’m sorry those Cowboys suck right now. Chelle….look up! I’m here and forever in your heart. Be encouraged, and know I’m whole, happy and busy again. All the things you wanted for me. You are my sunshine, I love you, take care of everyone. My grandkids…Josh, Colby, Ashlee, Mary Katherine, Allen Dale, and Cali-bug, and greats Maverick and Michael, I enjoyed making you laugh over the years and proud to be your pawpaw. Each of my grandkids, and greats, hold a special place in my heart. Y’all grow up strong and don’t be sissies, ya hear?  PS…just met my favorite gameshow host, Alex Trebek, “I’ll take Paradise for a thousand, please!”

Visitation will be Tuesday, Nov. 10, 2020 from 2 p.m. to 3 p.m. at Glenwood Funeral home with services in the chapel at 3 p.m. Burial will follow in Cedar Hill Cemetery.