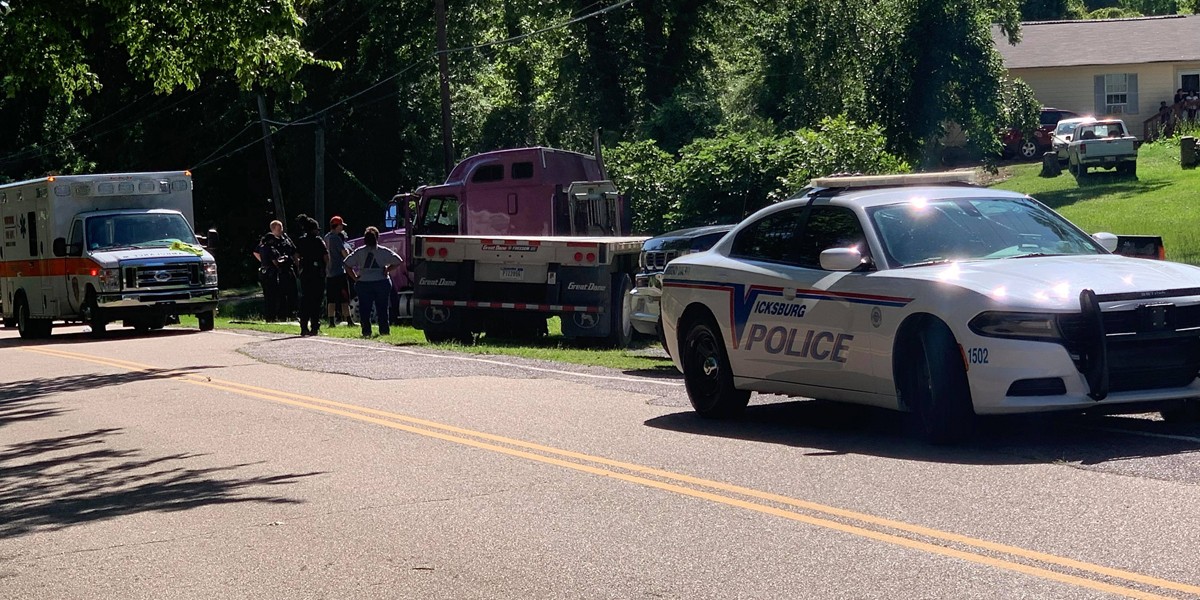 (Photo and video by Thomas Parker)

A man was injured Wednesday when he was pinned under the truck he was working on.

At around 4:30 p.m. Vicksburg EMS/Fire units and Vicksburg Police were dispatched to the Haley’s Point area for a reported traumatic incident.

A man working on an 18-wheeler was somehow pinned under the trailer apparently breaking both of his legs. His injuries are not believed to be life threatening.

Vicksburg Fire Department Rescue along with paramedics and Deputy Chief Trey Martin worked several minutes on getting the man free before he could be transported to Merit Health River Region.