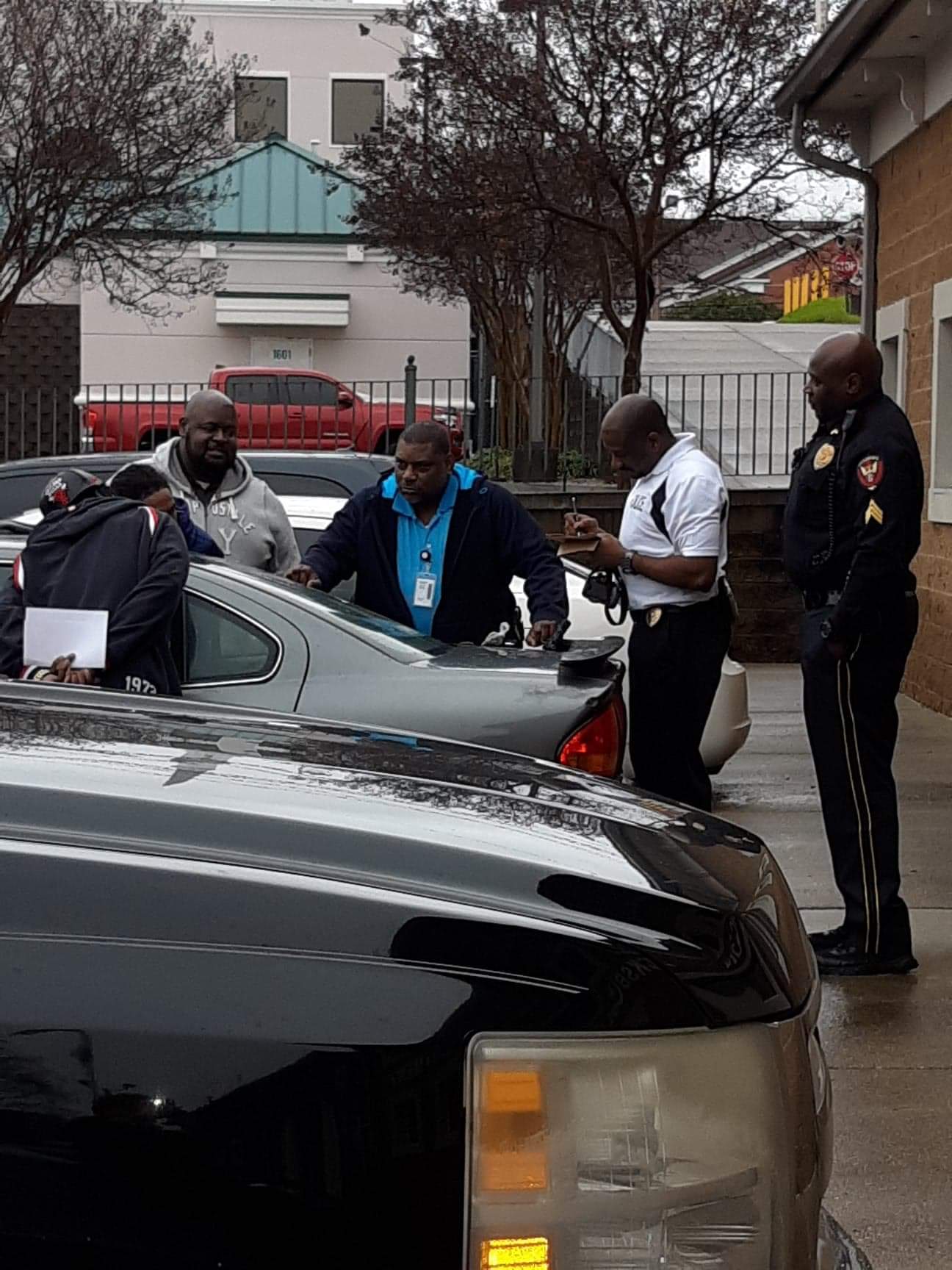 This suspect is on the far left in this photo. (used with permission.)

An alert Vicksburg Daily News reader alerted us that someone was being arrested in front of the police department at 820 Veto St. We rushed to the scene to discover police escorting a man in handcuffs into the building. 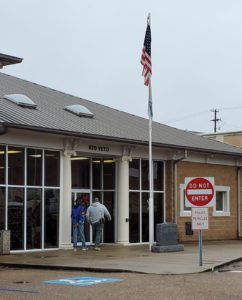 A suspect escorted into the police station.

Vicksburg Police Capt. Mike Bryant confirmed that the man was arrested for possession of marijuana in a motor vehicle.

The baggy of marijuana is visible in this photo.

Vicksburg homicide rate down 57 percent in 2019 over previous year

Man transported to UMMC after being shot in head

The Vicksburg Police Department said in a release Saturday morning that the victim was stopped because he was speeding, not that he flagged down police.

VPD states the victim was a 17-year-old male from Edwards, Mississippi, and that the shooting occurred at a party in Raymond, Mississippi, from where he drove himself to Vicksburg.

At around 2:33 a.m., a shooting victim flagged down Vicksburg Police Officer Brad Lyons at Clay Street and Mission 66 near the Walgreens.

Officer Lyons requested emergency medical response from the Vicksburg Fire Department, indicating the victim had been shot in the head.

The victim told investigators that the shooting occurred in Hinds County. The vehicle that the victim was riding in has Hinds County registration and tags.

Investigators are communicating with Hinds County authorities in hopes of locating the incident scene and determining if the vehicle needs to be held as potential evidence.

The victim has been transported to Merit Health River Region from where he will be airlifted to the University of Mississippi Medical Center.

La’Monte Kelly, 21, a Southwest Mississippi Community College football player, has been arrested after being accused of having sexual relations with an 11-year-old girl.

McComb, Mississippi, law enforcement arrested Kelly Wednesday after the parents of the child made the complaint, charging him with statutory rape. He is being held on a $75,000 bond.

Kelly also has a hold placed on him from Jefferson County where he faces a charge of solicitation of child pornography.

Vicksburg police officers arrested a Columbus, Mississippi, woman Thursday in connection with an incident from September.

Amanda O’Callaghan, 49, was arrested Dec. 3 and charged with one count of possession of methamphetamine.

On Sept. 4, Vicksburg police officers responded to a call about a suspicious person in the Ameristar Casino parking lot. Officers found what they suspected to be a controlled substance in O’Callaghan’s possession and sent the substance to the Mississippi Crime Lab for testing. The arrest occurred after police received the results and issued a warrant for her arrest.

O’Callaghan appeared in Vicksburg Municipal Court before Judge Angela Carpenter Wednesday. Carpenter set her bond at $5,000 and bound her over to the Warren County grand jury.