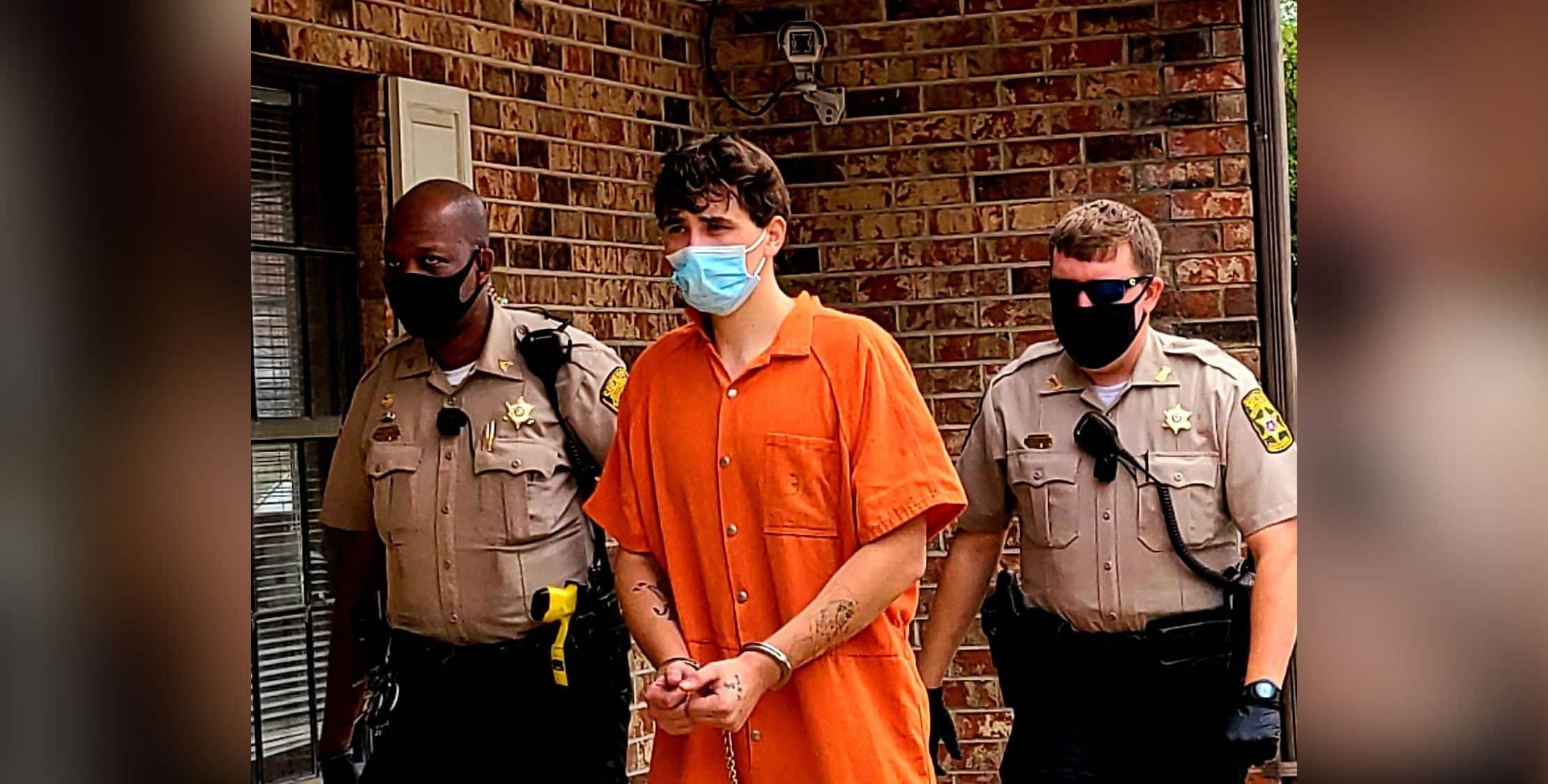 Hunter Anderson escorted to his arraignment by Sgt. Woods and Deputy Culvertson (photo by David Day).

Hunter Anderson, 25, appeared before judge Jeff Crevitt on a charge of attempted murder and being a felon in possession of a firearm. He is also on probation on a burglary charge from 2016. Anderson’s case will be heard by the next term of the Warren County grand jury.

Anderson was taken into custody by officers with the Warren County Sheriff’s Office about 9 a.m., 30 minutes after they arrived on the scene at 9774 U.S. Highway 61 South. The shotgun allegedly used in the shooting was also found on the property.

Anderson’s grandmother, 71, had been shot in the abdomen and was rushed to the University of Mississippi Medical Center in Jackson. Her name has not been released, and her condition is not clear. Her wound was life-threatening.

The Vicksburg Daily News will update this story with additional information as we get it.

Accident on 61 South in Warren County results in serious injury