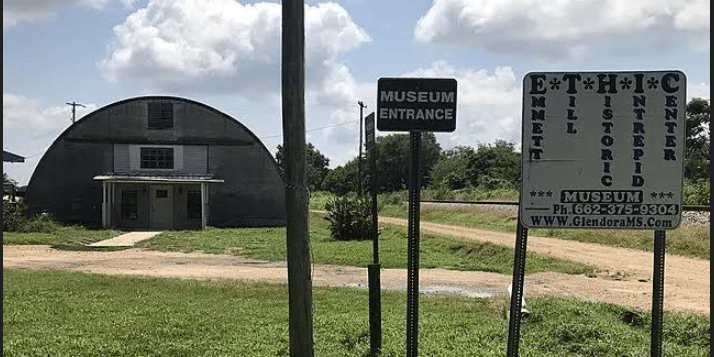 People traveling north on Hwy 61 towards Greenville recently may have noticed a bit more traffic than usual, and those taking a closer look may have even seen some very famous faces.

The filming for a new, six-episode limited ABC series set in Memphis and Mississippi called “Women of the Movement”  is being produced in part by superstars Jay Z and Will Smith. The series will star Emmy award-winning Niecy Nash and many others.

The series was inspired by a couple of books, Emmett Till: The Murder That Shocked the World and Propelled the Civil Rights Movement by Devery S. Anderson, and will focus on Mamie Till Mobley, the mother of Emmett Till, a teenager who was lynched in Money, Mississippi in 1955.  Mobley devoted her life to getting justice for her son after his brutal killing in a Jim Crow South.

14-year-old Emmett, born in Chicago, was visiting relatives in the Delta when he entered a white-owned grocery store. He was accused of whistling at a 21-year-old white woman named Carolyn Bryant, whose family owned the business.

Several nights later, Bryant’s husband, Roy, and his half-brother, J.W. Milam, armed themselves and went to Till’s great-uncle’s house where they abducted him. They tortured and mutilated the young teen before they finally shot him in the head. Three days later Till’s body was found in the Tallahatchie River.

His body was returned to his mother in Chicago, and her choice to have an open casket funeral ignited the Civil Rights Movement. Hundreds saw the brutality that killed young Emmett.

Benjamin Salisbury is the director at the Emmet Till Interpretive Center in Sumner. When he received news about the new series, he stated he was “somewhat humbled and yet unbelievably excited” about it according to a quote from WREG.

“To have a network-based production that takes some time to kind of laser focus in on her life and what she went through and how she gave so much of herself after losing the most precious thing to her,” stated Salisbury. “Her bravery in choosing to show just how vitriol racism is and how ugly hatred is without a shadow of a doubt helped mark what would be the beginning of the Civil Rights movement.”

Salisbury expressed hope that the series would help draw-in tourism by inspiring and educating people about the painful history of racism. He sees no disadvantage in the production.

Casting calls for locals to be extras in the series were held in January and February.

Antoinette Williams and Regine Patterson, both of Rolling Fork, were cast and have already been to two costume fittings with producers.

Patterson told Vicksburg Daily News, “Oh, it’s exciting all right! I didn’t want no part of this at first, but my friend girl told me I might get to see Will Smith, so there wasn’t no stopping me then.”

Williams said she didn’t plan on trying out, but she did because she lives close to Belmont Plantation, where part of the story will be filmed. “There was so much traffic out here that I couldn’t go nowhere else even if I’d wanted to. I figured, shoot, if it’s going to be a crowd ‘round here I might as well be a part of it.”

Patterson added, “Usually there ain’t nothing but people wanting to see ghosts here (Belmont Plantation). It’s good that people are coming around for a different reason now. That boy (Till), his story needs to be told more.”

Williams laughingly added, “It’s been real fun so far. I just hope I see Jay Z instead of any ghosts.”

There is no exact date set yet, but ABC hopes to air “Women of the Movement” later this year.