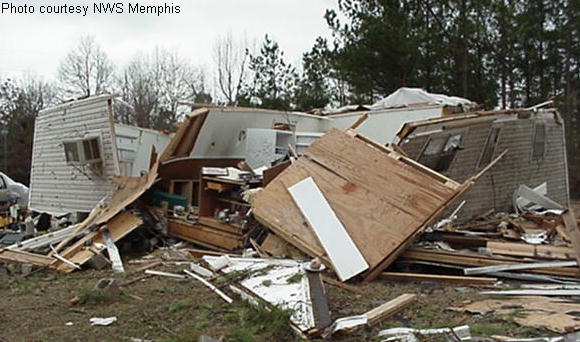 Tornadoes can quickly devastate homes and businesses. This photo is from January 2000 in Paris Mississippi.

Yesterday, the Trump administration declared parts of Mississippi major federal disaster areas, a declaration that can provide federal emergency funds to areas hard hit by weather and flood events in the state.

The federal declaration comes in response to events of April 13 and 14, including severe storms, tornadoes, straight-line winds and flooding. Warren County is included among the eight counties named.

Three tornadoes struck Vicksburg April 13. The winds, which exceeded 115 miles per hour, damaged homes and businesses. The damage in Warren County has been exacerbated by flooding, which has delayed storm cleanup and repairs.

The Mississippi congressional delegation sent a joint letter to the president asking for the federal emergency designation, emphasizing that “resources from the state government, loca 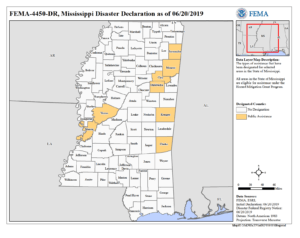 l governments, and volunteer organizations are not adequate to recover from these damages. Significant federal assistance and cooperation are required.”

In addition to Warren County, the Mississippi counties included in the declaration are Clarke, Clay, Itawamba, Kemper, Monroe, Oktibbeha and Yazoo.