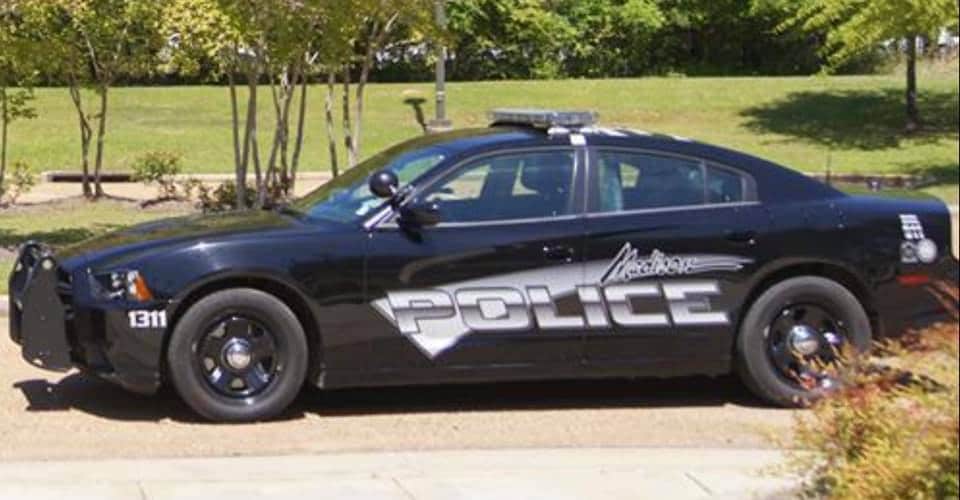 Tuesday around 3 p.m., a Madison Police officer conducted a traffic stop on a 2009 Mazda Tribute van on Highway 463, eastbound between Highland Colony Parkway and Interstate 55. The vehicle in question was suspected in involvement in a previous felony shoplifting incident at the Best Buy store in Madison.

​​​​​As the vehicle reached the 105 mile-marker in Ridgeland it struck the left cement guard rail of the interstate causing two of the pursuing vehicles to interact with the fleeing vehicle. The fleeing vehicle came to a stop in the far-left lane of the southbound interstate at which time the driver was taken into custody. There were no other occupants of the fleeing vehicle and other than the two police vehicles, no other vehicles were involved in the traffic crash.

The Ridgeland Police Department as well as the Madison County Sheriff’s Office assisted with the accident scene.

The officer that was originally dragged by the fleeing vehicle was transported to the University of MS Medical Center with non-life-threatening injuries.

The driver of the suspect vehicle was identified as Jerrell T. Staten, age 21, of Jackson. He was transported to Merit Health Medical Center in Canton, Mississippi as a precaution to be checked after the accident. Upon his release he will be charged with aggravated assault of a law enforcement officer and felony fleeing.

Other charges are pending as the felony shoplifting investigation continues.

This story is brought to us by Darkhorse Press.