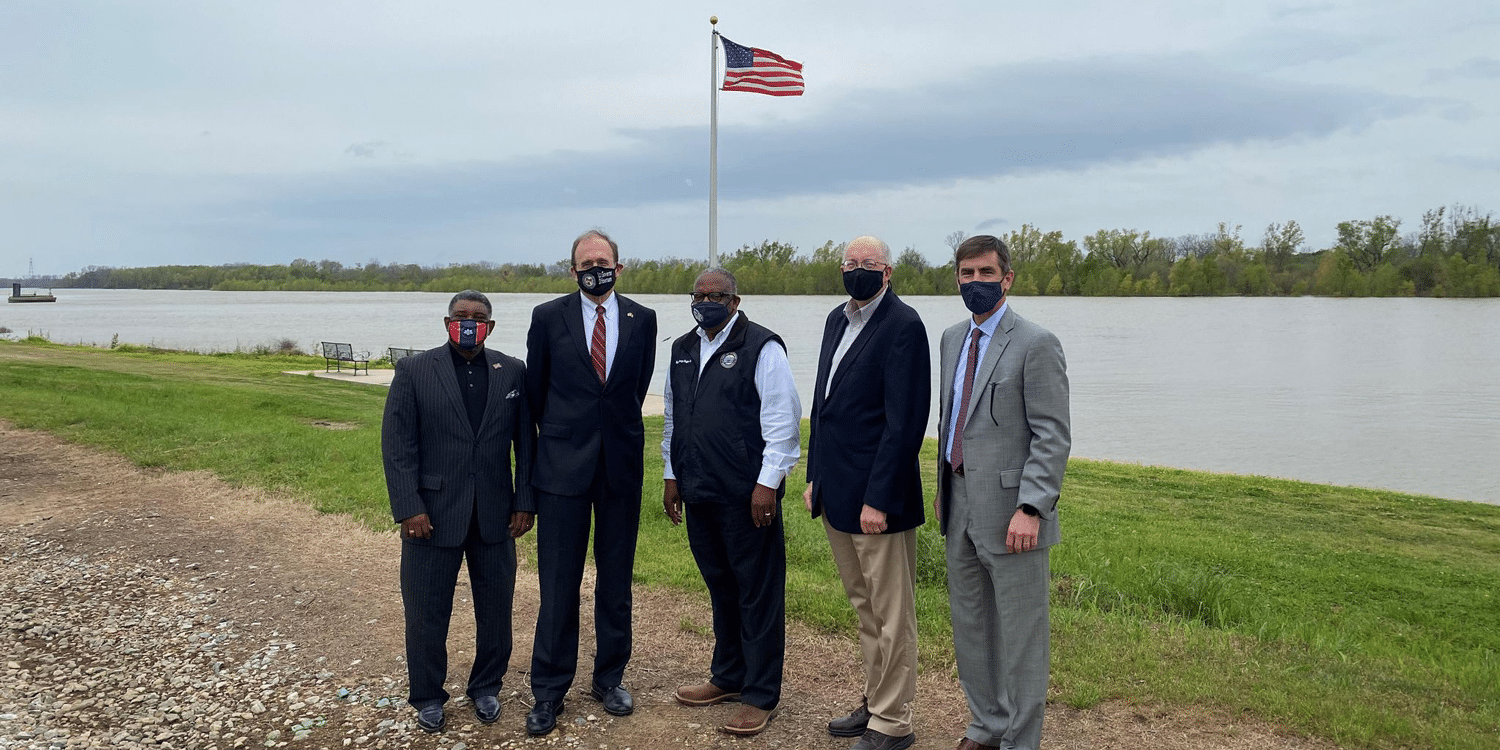 Mississippi’s Lt. Governor Delbert Hosemann was in Vicksburg on Wednesday. He held meetings with local officials and business community leaders. He also toured several areas to gain a better perspective on several key issues that were addressed in the recently ended session of the legislature.

Hosemann said Warren County did very well in procuring funding during the recent session. On Thursday morning we were able to have a few minutes with Mr. Hosemann and gain some further insight on what the topics of discussion were and how we proceed from here.

This will create a route from the Port back to Highway 61 and significantly reduce truck traffic in Kings along with eliminating it on Washington Street. Hosemann went on to say that $500,000 was allocated for work at the current port. There are several projects ongoing, including expansion of the levee which will allow expansion of Vickswood Forest Products along with additional protection of the city’s main water line.

“We funded $325,000 for an environmental impact on the South port study for the property near Baxter Wilson,” Hosemann said. A study was completed in 2019 and released last year that details several possible industries that could be recruited to the area if a new port were developed.

Hosemann went on to say he has been having ongoing discussions with Entergy regarding the Baxter Wilson plant which is currently scheduled to go offline in the next two years.  “We want them to refurbish it,” Hosemann said. “A lot of the property on the South Port project actually belongs to Entergy.”

Hosemann said he had discussions with City officials about the water issues. He said that the state would be receiving 1.8 billion dollars from the Cares Act. Vicksburg will receive 4.88 million and Warren County will receive just over 8.8 million respectfully. These funds can be used for issues such as water improvements as it is deemed an infrastructure project. He added that there is a federal level water program that the city would qualify for and potentially receive additional funding.

We went on discus the medical marijuana issue, which is heading to the Mississippi Supreme Court on April 12. Hosemann expressed his dismay that the House of Representatives failed to reach a compromise on bills that would have given some alternative should the court challenge to Initiative 65 be successful. He added “we had to add 34 new employees to the Department of Health” and “find ways to get  money back and forth from Department of Health to the Department of Agriculture.”

Please listen to the interview for Mr. Hosemann’s thoughts on the issue and he places the onus clearly on the House should the measure be declared unconstitutional for failing to create an alternative plan.