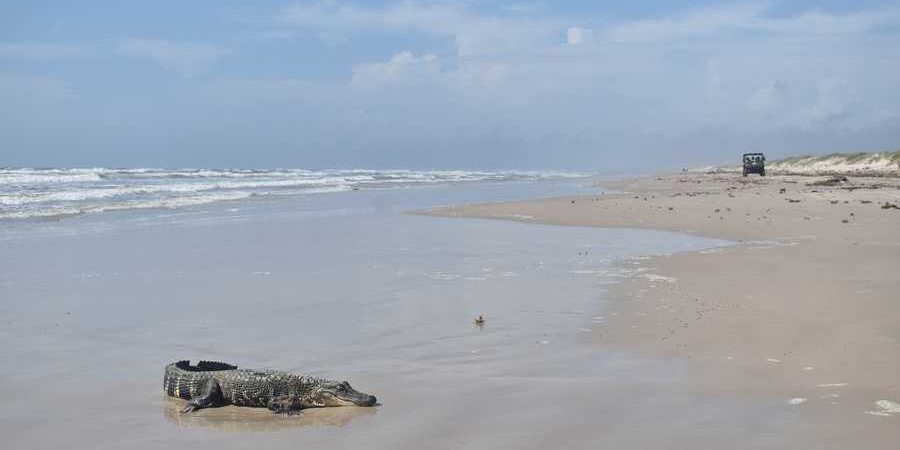 A young American alligator rests along the sandy shore. In the background a Turtle Patrol UTV drives along the beach. (credit: NPS/K.Rogers)

An American alligator was found sunbathing on the Padre Island National Seashore in Corpus Christi, Texas on Monday, nearly 400 miles from home.

“We are kind of speculating that perhaps it was washed out during one of the flooding events in Louisiana,” Kelly Taylor, Padre Island National Seashore public information officer, told CNN on Wednesday. “It had a significant amount of algae on it’s back that leads us to speculate that it was floating in the Gulf for a while.”

The tag on his foot indicates the animal is indeed native to Louisiana, which has been drenched with torrential rain and flash flooding for several weeks .  Last week’s rainfall levels alone exceeded those of any hurricane last year, according to the National Weather Service.

The gator was mildly dehydrated from his saltwater journey, but otherwise appeared to be in good health.  A local rehabilitation center has taken in the wayward reptile for evaluation and some well earned rest.