A meeting was held in the office of Mayor George Flaggs Jr. to discuss how the city and state can work together for the citizens of Vicksburg.

The meeting began with Flaggs outlining his plans and hopes for Vicksburg. Several ideas were discussed about Vicksburg’s immediate future.

The first item on Flaggs agenda was public safety, or how to reduce crime. Flaggs stated he wanted to “work with supervisors to work with the city to address joint concerns on crime.” Flaggs pledged to collaborate with the new board of supervisors saying he had “spoken to all of them but one and believe we can all work together for the benefit of the citizens of our community.”

Flaggs went on to address the population loss in Mississippi and the city of Vicksburg.

Another goal Flaggs listed was to increase state funding.

“Our new lieutenant governor is from Vicksburg,” he said. “We’re look forward to a great working relationship with the state.”

Flaggs highlighted expanding tourism as one way to get more funding.

“We get $76 per riverboat passenger in Vicksburg,” he said. “We can increase the number of tourists we get with the state’s help.”

Additionally, Flaggs stated he wanted to continue to work with Pablo Diaz at the city’s Chamber of Commerce and the Board of Supervisors to create more jobs.

“The voters were clear. They expect us to work with the board of supervisors. I do what I need to do and get things done,” Flaggs said.

City Attorney Nancy Thomas addressed the legislators and stated the city may need some help with the language used in state law.

Thomas also spoke on the scooters proposal, which the city is backing. There are some changes needed in the definitions of their use under current state definitions, she indicated.

The city has had preliminary conversations with a scooter vendor, Blue Duck. They like this company because they hire people at a livable wage with benefits to pick up, charge and maintain the scooters. Scooters can be seen in many larger tourist cities such as Memphis to help people get around town. Vicksburg locations at the top of the hill such as the Old Court House Museum would benefit from scooters helping tourists, especially those getting off the boats.

The legislators and city leaders had a robust conversation on the topic and a general consensus was reached on how best to approach the legislation.

Attorney Thomas then went on to discuss the Innovation and Technology Center. Changes in current legislation are needed to bind future administrations to certain aspects of the center’s operation. Current law prevents binding future administrations to previous projects and expenditures. The city wants the law modified so it can benefit from future income from those projects. The current law is ambiguous in that respect, according to the city.

A  on retail sales was brought up, and the city asked the elected representatives to request two referendum opportunities to put the increase to the voters.

“I want the voters to decide if they think the referendum is worth it to improve the city,”  Flaggs said.

Sen. Briggs Hopson jumped in on the topic and said the city “should anticipate some resistance because of recent changes in state law that allow more money to the cities via use taxes.” He went on to explain the legislature had changed the law recently and that the use tax may generate up to $100 million in local tax revenue over a period of 10 to 12 years.

The one-cent referendum tax would be for city improvement projects such a new fire station, improvements at city front, street paving, and the industrial port expansion and development, Flaggs said. He anticipates the tax would generate $55 million over 15 years. The tax would exempt restaurants and hotels. 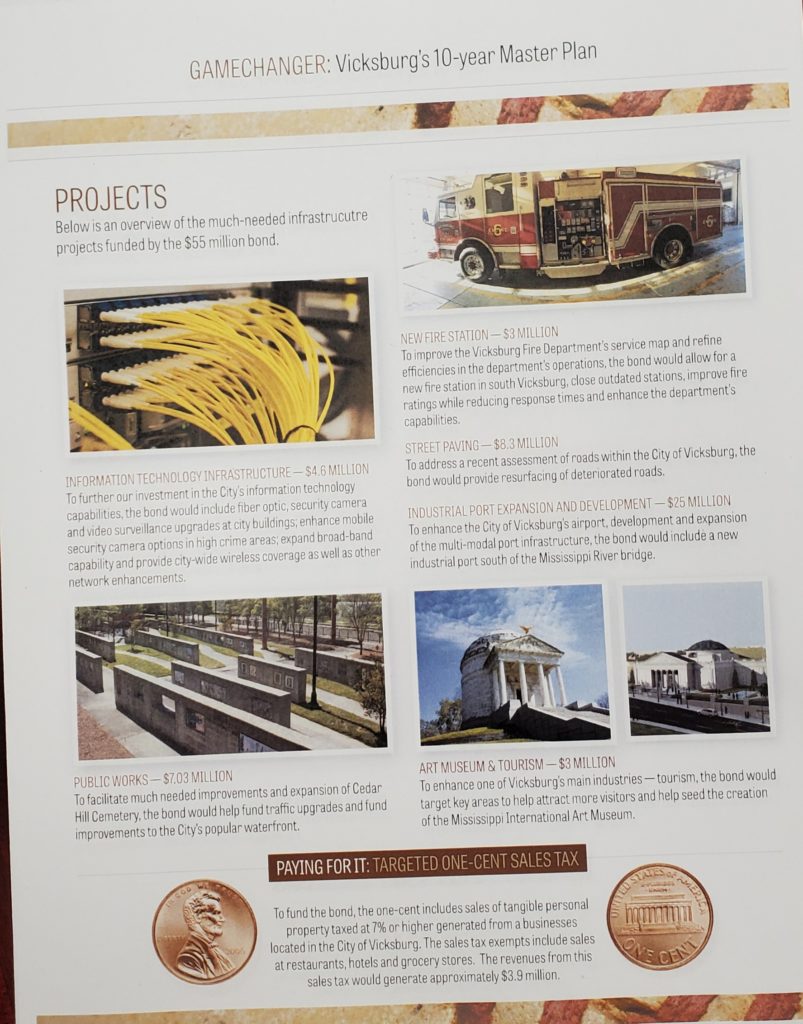 The City of Vicksburg’s plan for the “One Cent Referendum Tax.”

Attorney Thomas emphasized the need for the city to get the one-cent referendum tax passed saying, “utilities are maxed out, and use tax dollars will barely scratch the surface of the city’s needs.”

While there was a general consensus of working together for the benefit of the citizens, the group was not in complete agreement on how best to get everything done, especially with a new group of leaders coming into the state house.

“Let us get settled over in Jackson,” Hopson said.

“It is always a plus to come together and talk about our concerns,” Denton added. “Our position as legislators is a helping hand for the cities and municipalities.”

Ford then added: “Communication is key. Having an open dialogue to improve communications is the key to moving the city and county forward. … Let’s see what gathers momentum.” 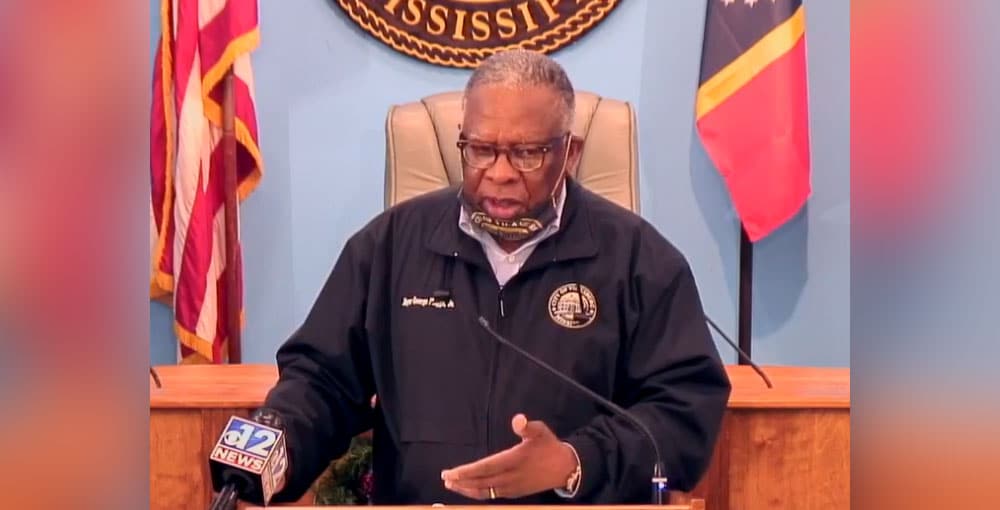 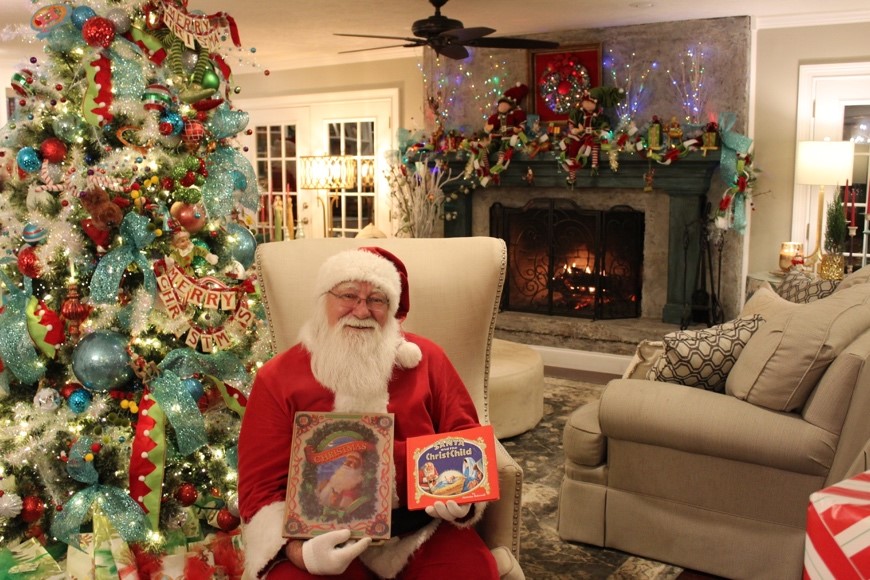 When it became clear that COVID-19 would make their fall Pirates and Princesses Tea Party impossible, the Junior Auxiliary of Vicksburg came up with a new fundraiser and called on an old friend to help them out—Santa Claus.

The new fundraiser, called “Santa Stories,” allows parents to purchase a special package from the North Pole for their children. The package will feature a bedtime story on video, as well as a personalized, handwritten letter from Santa.

“This has been a tough year for so many of us, but that doesn’t stop the magic of Christmas,” said Candice Reeder, chair of the Santa Stories fundraiser. “We wanted to help spread that, while also raising money for the projects we support.”

To purchase a package or learn more, visit www.javicksburg.org/santa_stories.html. 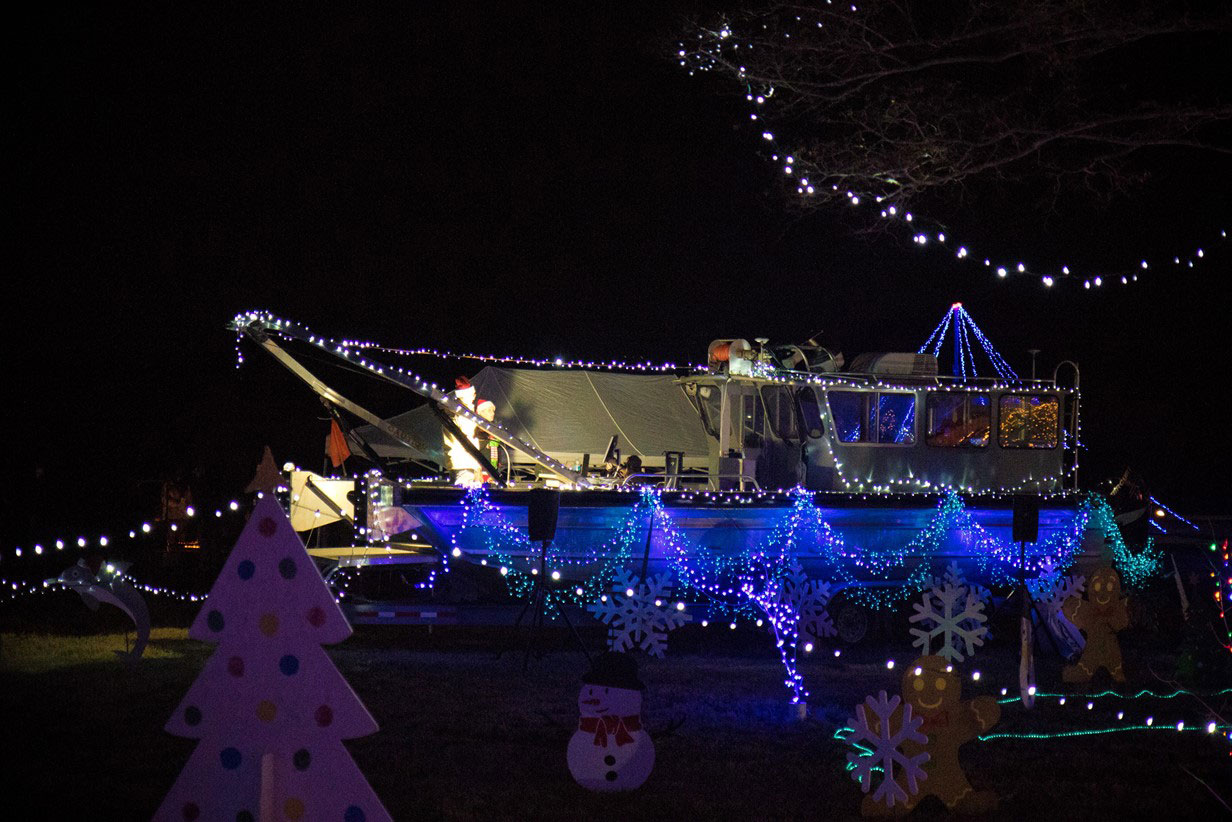 A lighted boat was part of the Christmas light display at the U.S. Army Engineer Research and Development Center’s Coastal and Hydraulics Laboratory during ERDC Under the Lights 2019. This year’s event will be Dec. 17-19 from 5:30 until 8:30 p.m. each night, and participants are asked to bring a canned food item or one toy to be donated. (photo courtesy ERDC)

For the fourth consecutive year, the U.S. Army Corps of Engineers Research and Development Center will open its gates to the public for a drive-by holiday light display on its 700-acre installation in Vicksburg Dec. 17, 18 and 19 from 5:30 to 8:30 p.m. The entrance will be at the main gate located at 3909 Halls Ferry Road.

“This has become a great tradition for people in the Vicksburg area, and we’re excited to keep it going this year,” said Col. Teresa Schlosser, ERDC commander. “And this year, we have the added benefit that it is such a safe, socially distant Christmas activity for families.”

One goal of the event is to assist local families in need. Guests are encouraged to bring one canned good or one toy to be donated to people in need around the Vicksburg area. The ERDC collaborates with local community organizations to distribute the donations. Last year, more than 6,000 pounds of food were collected and donated to the local food pantry, an increase of about 2,000 pounds from the year before.

“Each year, ERDC Under the Lights grows a little more,” Schlosser said. “The more people who come, the more good we can do with food and toy donations.”

Students from the Vicksburg-Warren School District will also help with the event this year, collecting food items and toys at the gate.