Local players make an impact on their college teams 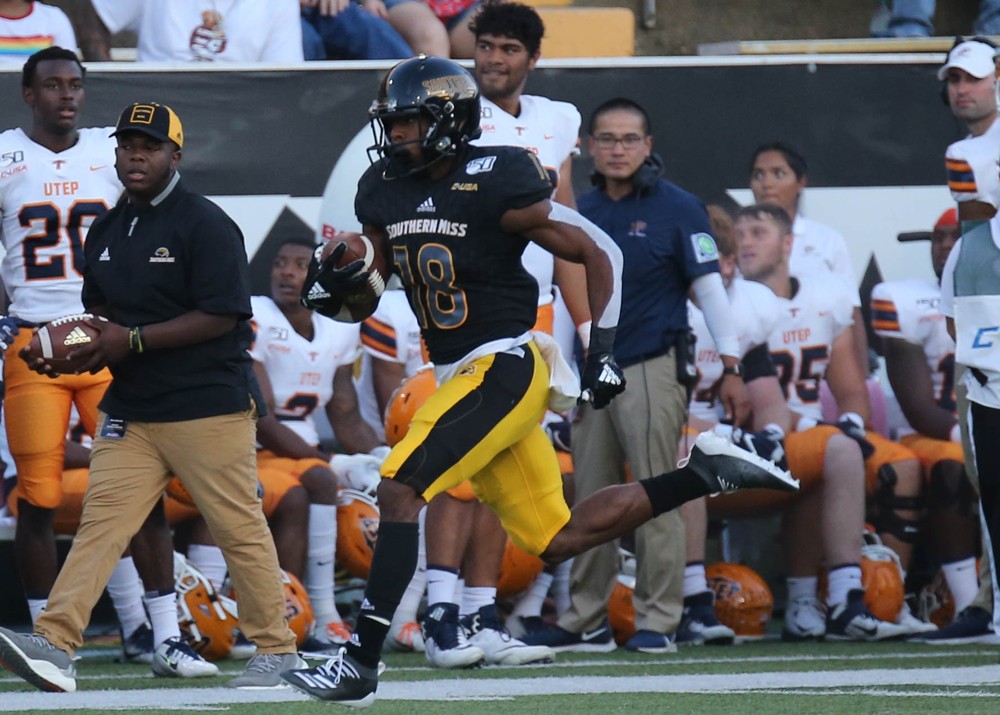 College football in Mississippi is wraps up another week with local players making an impact with their teams.

Former Vicksburg High linebacker Nick Anderson had one tackle for Tulane on Saturday in a 29-21 loss to Temple. Tulane will face University of Central Florida next Saturday at home.

In Hattiesburg, former St. Aloysius football players De’Michael Harris and Drake Dorbeck helped the University of Southern Mississippi football team to a 36-17 victory over The University of Texas at San Antonio. Harris finished with 121 rushing yards and two touchdowns, along with five catches for 22 receiving yards. Dorbeck started at right tackle for the Golden Eagles, blocking for quarterback Jack Abrahams who passed for two touchdowns, while former St. Aloysius lineman Josh Price started for Southeast Missouri in a 26-12 victory.

Former St. Aloysius offensive lineman Ben Brown started for Ole Miss on Saturday in a 58-37 loss to No. 1 Louisiana State. Brown blocked for freshman quarterback John Rhys Plumee as he rushed for 212 yards and 4 rushing touchdowns.

Chris Stamps, a former Warren Central standout, had four tackles for Middle Tennessee State as they lost to Rice 31-28 on Saturday.