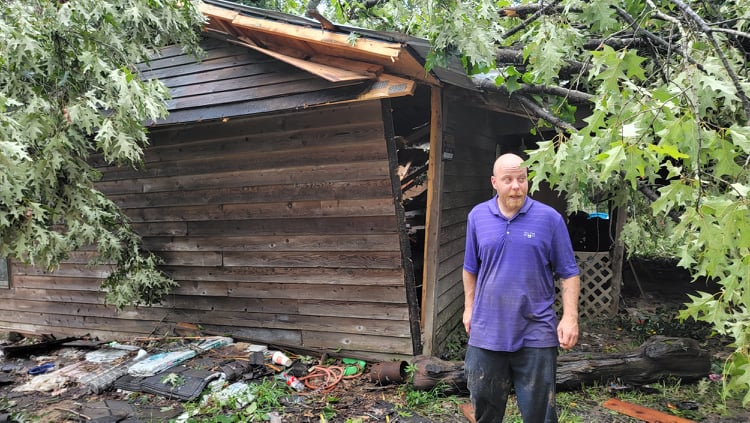 Local firefighter Austin Griffin and his wife Heather are thankful this morning that their three children and pets survived the storm, but their home and most of their belongings were not so lucky.

The storm is said to have brought with it 60 mile per hour winds, though a path of fallen trees indicates possible tornadic activity.  Either way, the Griffin home sustained devastating and irreparable damage as the storm moved through early Monday morning.

Several of Griffin’s neighbors also suffered damage in the early morning winds. “It was probably a low speed tornado that never touched ground,” surmised Warren County Emergency Management’s Reed Birdsong who was on the scene to assist the families in their time of need. 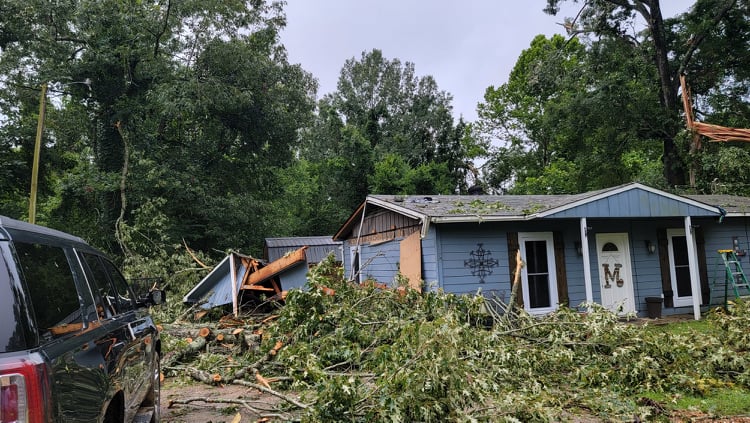 A nearby home that also sustained damage from the storm (photo by David Day).

A GoFundMe has been set up to help the family with the financial burden in the aftermath of this life-changing event.  Housing, food and clothing for their three children is paramount, but overall the family is just grateful to walk away unharmed.