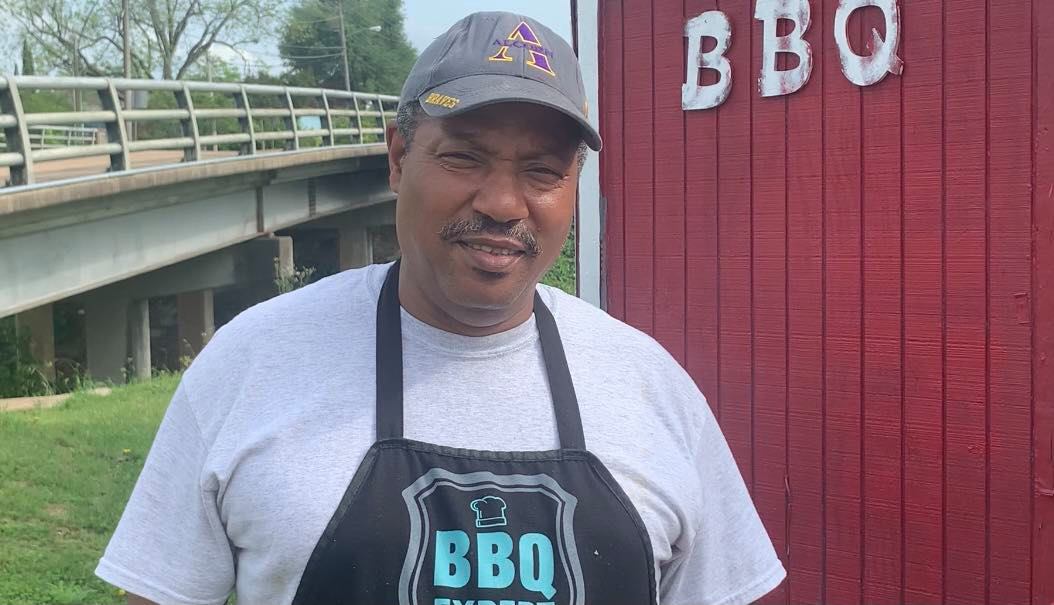 Michael Gates of Big Bee's Barbecue is stepping up by donating business proceeds to the church's water bill dilemma. (Photo by Tommy Parker)

As of this reporting, over $2,200 has been raised to assist Wayside Apostolic Church of Deliverance with a hefty water bill which occurred after pipes burst during the February winter storm event.

The community has responded in a way that defines the meaning of “good neighbor” and has donated by paying on the bill directly or through a GoFundMe which has been setup on their behalf.

Local businesses are also joining the cause. One such business is Big Bee’s Barbecue owned by Michael Gates.

To aid in the church’s efforts to take care of the bill, this Saturday they will be selling chicken dinners from 11 a.m. until 5 p.m. for $9 with all the proceeds going towards the efforts to pay off the water bill of Wayside Apostolic Church of Deliverance.

Gates said his mother-in-law is one of the many church members who haven’t been able to attend services because of the pandemic. Gates said he saw the reports and videos and the Lord laid it to his heart to assist in the efforts.

“We want to keep this church around.  They’ve got some great people going there,” stated Gates. He added: “It’s the right thing to do – reach out and help – and Big Bee’s, that’s what we’re going to do here and we’re going to help Wayside.”

Many have asked the question, and you can drop by Hilldale Water and make a direct payment towards the bill. You can also provide support by visiting Big Bee’s at 830 West Pine Street.  We thank everyone for their efforts and support!