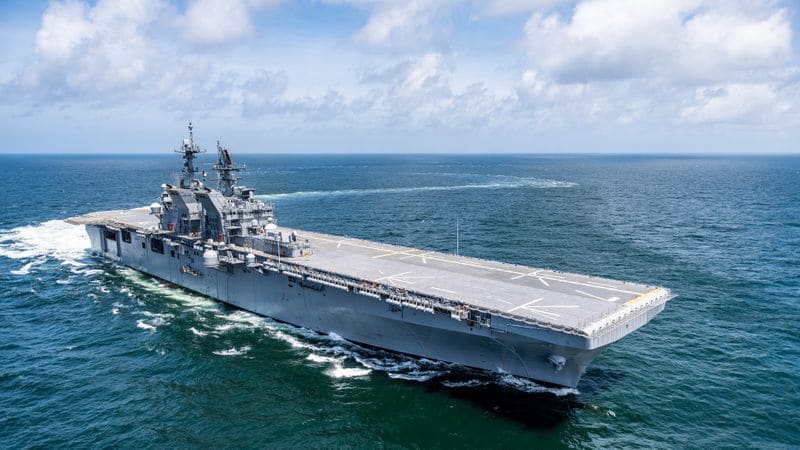 Wicker and Hyde-Smith praised the award of a multi-million dollar contract which furthers plans for a new assault ship to be mostly built in Pascagoula.

U.S. Senators Roger Wicker (R-Miss.) and Cindy Hyde-Smith (R-Miss.) on Monday, praised a $107,194,022 Navy contract which was awarded for the construction of LHA9. The LHA9 is an America-class assault ship contracted to Huntington Ingalls for construction.

According to the contract, the bulk of the ship will be built in Pascagoula, MS. 50% will be built in the gulf while the remaining portions of the construction will be divided among “…Kingsford, Michigan (15%); Saratoga Springs, New York (12%); Brunswick, Georgia (9%); Knoxville, Tennessee (5%); Chesapeake, Virginia (4%); Wellsville, New York (3%); and North Tonawanda, New York (2%),” according to the Navy’s contract.  The contract makes it the fifth increment of long-lead-time material needed for the ship.

“The talented shipbuilders at Ingalls build some of the world’s finest ships for our U.S. Navy fleet,” Wicker said in a news release. “This new award is a down payment on the construction of LHA 9, the third of a new generation of amphibious assault ships that will enhance our Sailors and Marines’ ability to project power around the globe.”

“Utilizing advanced appropriations funding to procure long-lead-time materials for the LHA 9 allows Ingalls shipbuilders to work undeterred in our effort to provide the Navy with the ships it needs,” said Hyde-Smith, a member of the Senate Appropriations Committee. “I’m pleased to see this contract issued now as we begin the FY2022 process of funding future shipbuilding needs.”

Construction is slated to be completed by April 2024.