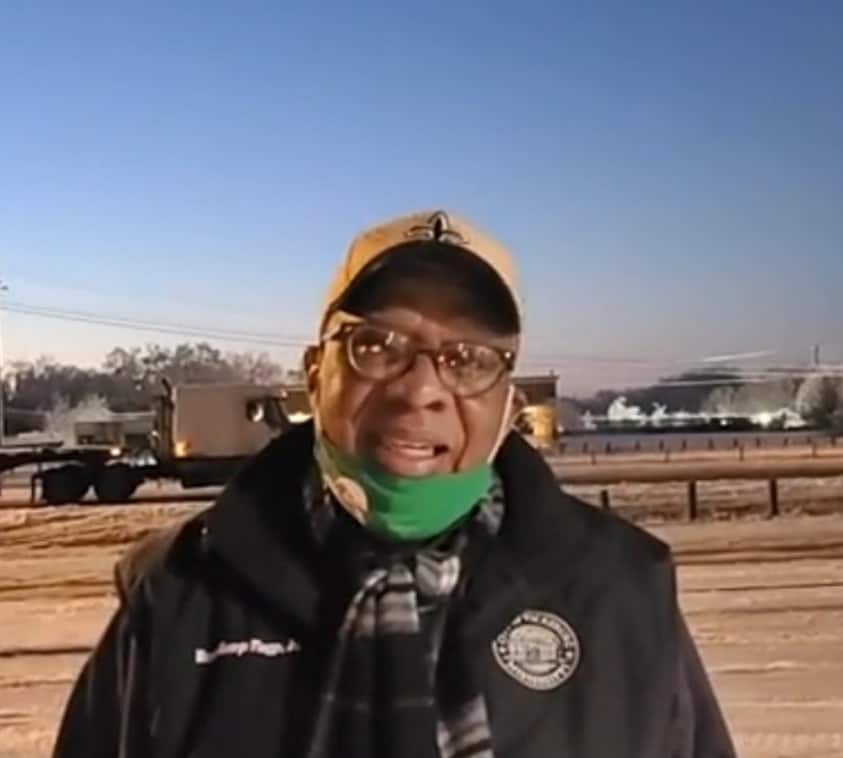 A visibly exhausted Mayor Flaggs began the day by praising the community, the city and the county.

“Let’s be patient, let’s be vigilant and let’s be tolerant of each other. Let’s get through this. It’s behind us now and praise God that went through this with fires and everything”, gushed Mayor Flaggs. “I want to take my hat off to the law enforcement. They are worth every bit of it. That means the firemen, that means the police, that means the emergency people – they’ve done their job.”

Flaggs praised everyone in our community for pulling together during a time that could’ve been much more disastrous and noted that our area has suffered no fatalities due to this dangerous storm.

The Mayor’s comment comes as the winter weather event of 2021 is coming to an end. The weather forecast indicates temperatures will go above freezing for the greater part of Friday and get up into the 50’s over the weekend.

Warmer temperatures will mean the roadways will be somewhat safer, but slick spots may still persist. Those getting out should still proceed with extreme caution, and if at all possible should wait until later in the day.

Mayor Flaggs also reported that the city’s water problems have been identified, and stopped just short of guaranteeing all city and county residents should have water services by the end of today saying “The water ought to be at full capacity by the end of the day.”

Around 6,000 residents are still without power, but Entergy reinforcements are in route and power is getting restored as quickly as humanly possible. Flaggs indicated he believes power should be restored to every resident by the end of this weekend.

The mayor also has been in communication with the employees of Dollar General on 61S, and he is personally picking them up so that location can open for those people needing necessities such as diapers and formulas for babies.

Flaggs went on to say he wants no residents to concern themselves with worries about city water or gas services being interrupted for nonpayment at this time. He stated that no home’s services would be cut off for nonpayment. “Let’s get through this weekend, and we can deal with those issues later.”