July 4th is much more than a day off! 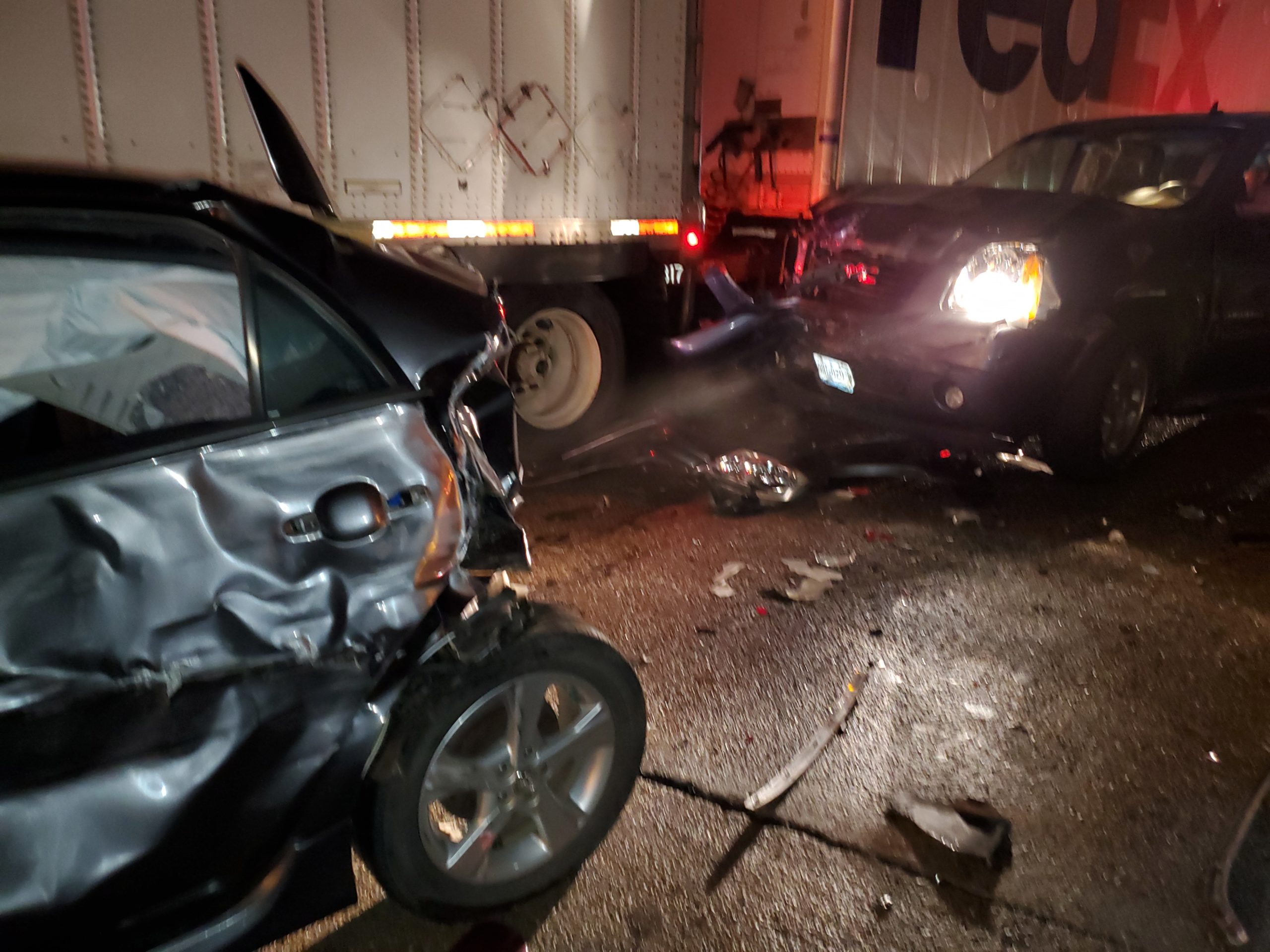 There were no injuries in this four vehicle accident on I-20 at the Old Highway 27 overpass.

The past week has seen a lot of rain hit the Vicksburg, Warren County area.

After a long, hot and dry August and September, the first big rain on Oct. 15  brought up a lot of road oils and grime, making the roadways slippery and treacherous. There were over a dozen reported accidents in the area that day. Thank goodness there were no serious injuries.

Yesterday’s rain saw an abundance of accidents once again. Four of those accidents happened on Interstate 20 westbound from the Old Highway 27 bridge to the Halls Ferry Road exit. Undoubtedly, highway speeds played a part. 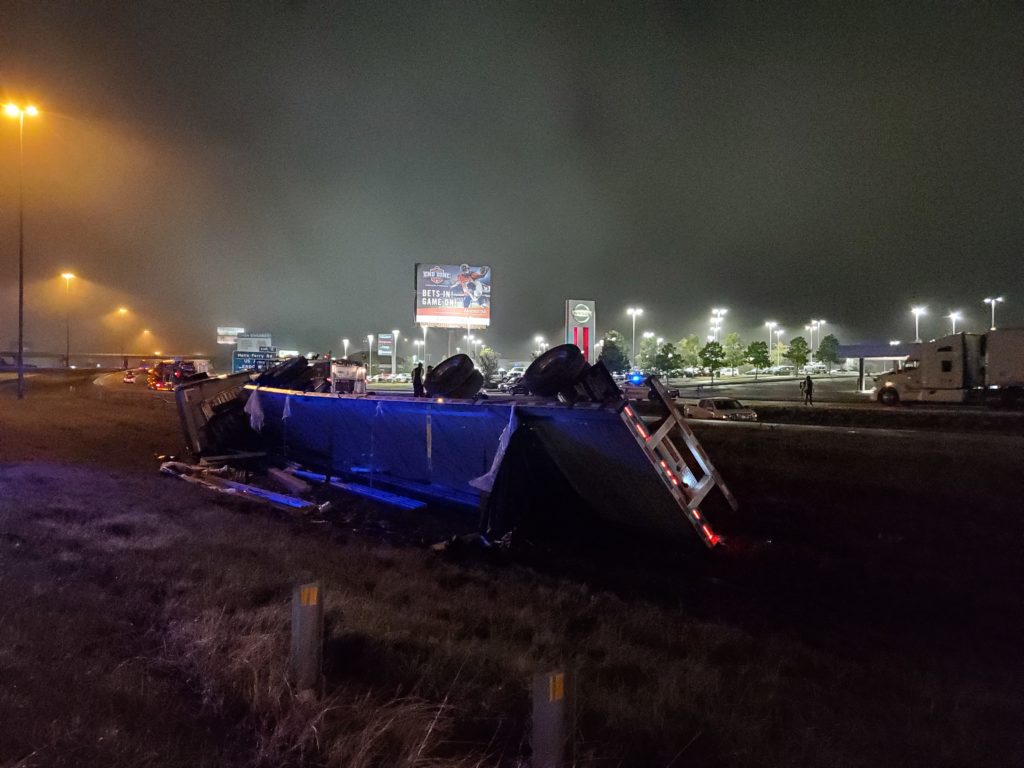 This accident late in the evening last night on Interstate 20 in front of Zsa Zsa’s.

Law enforcement and first responders were put in a situation of risking their lives to help those who were involved in the accidents while making sure the oncoming traffic moved safely through the area.

Most of us see law enforcement as the heavies who pass out tickets and cause stress when they are behind us on the road. If you worked a couple of accidents—or dozens as the Vicksburg Daily News has done over the past week—you would see law enforcement as people who take your safety seriously. That includes writing tickets to remind you that speed kills.

Every law enforcement officer who has been on the job for a few years has worked an accident where someone did not survive. Years after the fact, they can describe to you, in great detail, the ghastly nuances of another person’s last seconds on earth.

“She was upside down in the ditch, and I held her head above the water. I watched her eyes. The eyes are what stay with you.” said one long-time officer who, years later, is still stunned by the moment.

Every person involved in accident replays the event in their minds and tries to cover their actions or make sure the improper actions of the other person are well known.

Of all the accidents we’ve covered, most were completely avoidable. In one, a vehicle from the oncoming lane flipped a driver’s trailer as he was passing by. The driver had no where to go. He had traveled that same road at that same time every day for years. On that day, it was the wrong place and the wrong time. He did not survive the wreck. 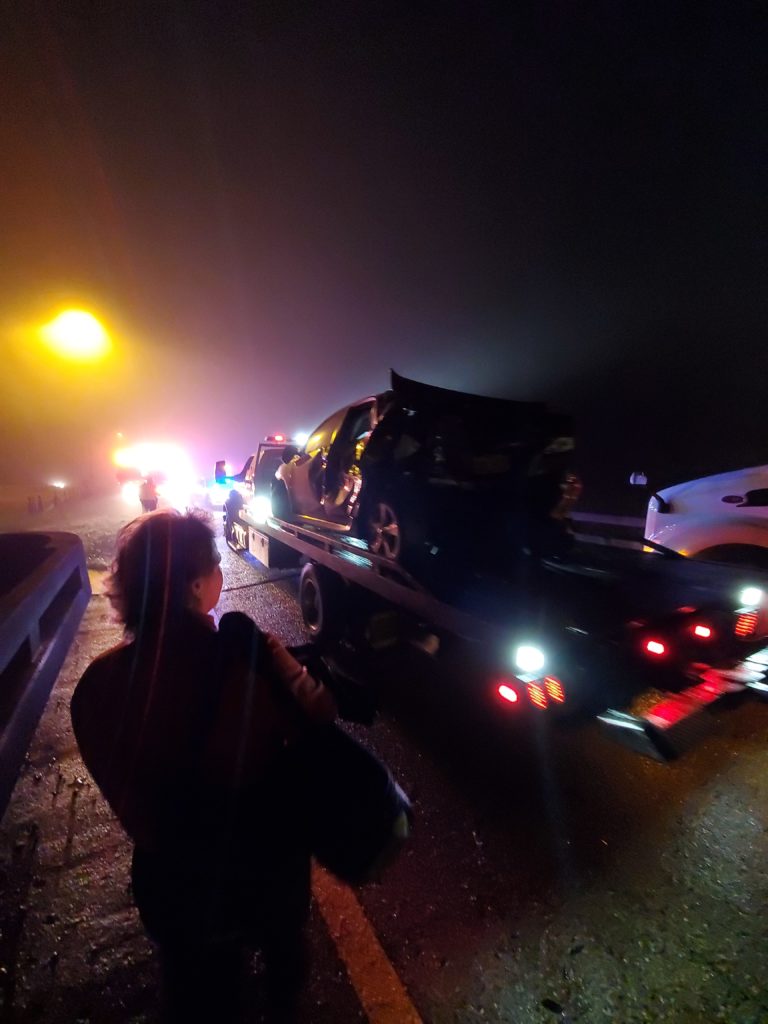 She knows how lucky she is to have walked away from all that damage to her vehicle.

Having been involved in a serious accident years ago, I know that if I wasn’t distracted, my accident wouldn’t have happened.

We are in a situation in Vicksburg where law-enforcement resources are stretched thin. The Vicksburg Police Department doesn’t have the manpower to sit on the roadways and pass out tickets like they used to do.

Somewhere during Mayor Laurence Leyens’ administration, a program of cost cutting was begun. That cost cutting included coming up with a formula for the optimum number of police officers to have on the street. A lot of money was saved by reducing the number of officers through attrition and strict policies. Nonetheless, Vicksburg needs enough officers to cover the calls that come in and do the job of effectively policing the community.

More than a decade later, the city is struggling to hit the “optimum” number.

There are a lot of reasons for that, and the easy targets are Police Chief Milton Moore, and Police Commissioner (and Mayor) George Flaggs Jr. They are the ones in charge, and the buck should stop with them.

On the other hand, they are also held to an unobtainable standard by a reactionary community and press who expect super human results while not raising taxes. We want police looking the other way while we go 40 mph in the 30-mile-per-hour zone. It’s a tough job in a small town where everyone knows you, and everyone knows better.

Regardless, it is their mandate to get the job done.

After working all these accidents and having the privilege of doing so from an observers standpoint, we think it is time to crack down on speeders, especially on the Interstate.

There are a thousand other problems and things we could and should focus on, but this last week has been brutal. The Vicksburg Daily News has had enough of witnessing people walk away from a devastating amount of damage. Hopefully, you’ve had your fill, too.

We sincerely hope the reorganization of the police department, which Flaggs will announce tomorrow, includes the funding to increase the numbers of officers on our streets.

As the Mayor loves to say, pay does not impact performance. We agree. But pay is a huge factor in hiring and retention.

How ironic that money we’ve been saving in the city budget goes into a rainy-day fund. It sure has been raining.

‘Big or small, let’s save them all.’ Thank you, Riverwalk.

Let’s keep it an all-way stop