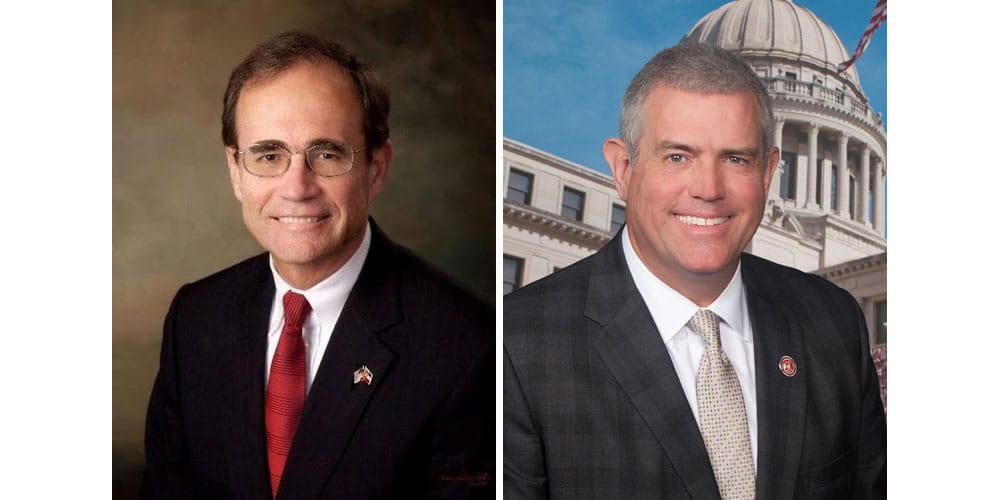 Despite the uncertainty caused by the COVID-19 pandemic, a teacher pay raise and a tax cut will be on the table during the 2021 legislative session that starts Jan. 5, the two presiding officers said Monday.

Neither the tax cut nor the teacher pay raise were reflected in the budget proposal House Speaker Philip Gunn, Lt. Gov. Delbert Hosemann and the other 12 members of the Legislative Budget Committee approved Monday. That recommendation is 3.1%, or $197.4 million less than the budget legislators approved for the current year.

But the proposal of the legislative leaders is only a starting point, and if revenue remains strong despite the pandemic through the first quarter of the calendar year, Hosemann said there is a possibility that the final budget, which is expected to be approved in late March, will include a teacher pay raise.

“I am going to propose a teacher pay raise,” said Hosemann, who presides over the Senate. Hosemann said he would propose the same plan that passed the Senate in the 2020 session.

That plan, about $1,000 per year, costing about $76 million, died in the House last session because of fears of how the coronavirus would impact the economy and thus state tax collections. But in recent months tax collections for the state have remained strong. But Gunn said part of that strength might be because of the massive stimulus package that the federal government provided last summer to combat the pandemic. There is currently an ongoing debate in Washington about whether to provide additional stimulus monies.

Reeves did list as a priority phasing out the state’s income tax over a multi-year period.

On Monday, Gunn said he has been a long-time supporter of eliminating the income tax and said that effort will be looked at during the 2021 session.

“We have been trying to find ways to develop a more solid, fairer tax structure,” he said.

Others question the wisdom of cutting taxes while the state still faces multiple needs in terms of health care, education and public safety. Some also point out that if the income tax is phased out the state will rely even more on its 7% sales tax on food and other retail items that many claim is a tax that unfairly burdens the poor.

“With no income tax, the state’s policymakers would face two unattractive options: sharply cut funding for schools and other services or raise other revenue significantly,” said Michael Leachman, vice president of the Center for Budget and Policy Priorities.

The income tax provides about one-third of the state’s general fund revenue or about $1.9 billion annually. Reeves maintains it can be phased out without raising other taxes or without large cuts to state services.

“Everything is on the table for us,” said Hosemann when asked about a possible tax cut.

The budget recommendation approved Monday by legislative leaders, like the budget proposed by Reeves, leaves local school districts about $250 million short of full funding. The budget also does not provide the state Department of Health its requested increase for COVID-19-related expenditures, such as money possibly needed to distribute a vaccine.

“It is a solid budget,” Gunn said. “It is responsible…I think it provides a good starting point.”