Lee Thomas Emerson passed away at his home in Yokena, Mississippi on January 30, 2021 at the age of 80 years old. 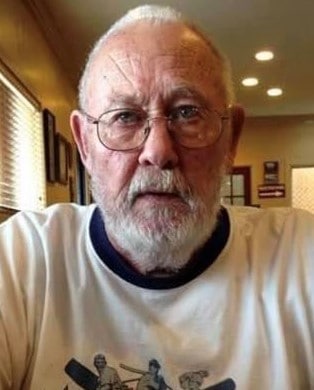 Mr. Emerson was born in Vicksburg, Mississippi on July 8, 1940. He grew up in Claiborne County and graduated from Port Gibson High School in 1959. Mr. Emerson served in the Mississippi National Guard. He retired from LeTourneau after 35 years.

Mr. Emerson loved his wife, Miriam. They married on October 24, 1964 in Vicksburg, Mississippi. They shared a great life together while raising their children. They honored and obeyed God’s instruction of a lifetime commitment to each other.

Mr. Emerson had a special love for the outdoors. His children were taught from a young age to hunt and fish as a means to provide for their family. To this day family and friends would stop by to show him their harvest. He had a skill for carpentry and mechanics, which were passed to his children. He was cherished by his daughter, Demi. She followed her daddy’s footsteps and thought the world of him. He coached little league football, this led him to grow close with Jody Steen whom he loved like son.

Funeral services will be held on Wednesday, January 3, 2021 at Glenwood Funeral Home, 145 US-80, Vicksburg, Mississippi 39180. The visitation will be from 12 to 1 p.m., with a ceremony to follow. A graveside service will be held at Shiloh Baptist Church in Port Gibson, Mississippi. Brother H. Bryan Abel will be officiating the services.

Donations may be made to Shiloh Baptist Church, 1059 Shiloh Road, Port Gibson, Mississippi  39150.