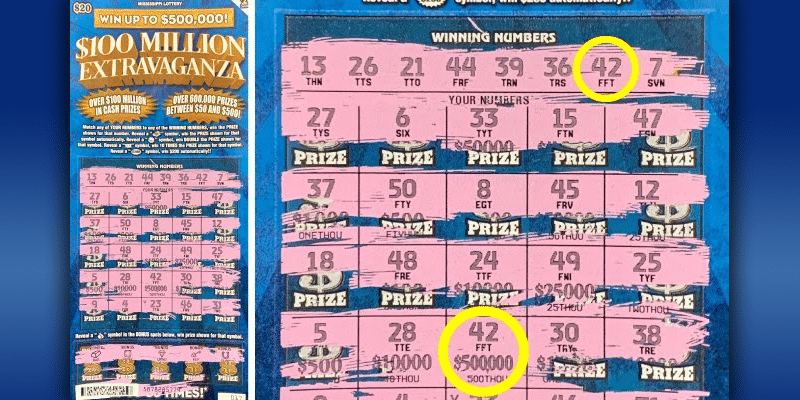 JACKSON, MISS–A Nettleton man became the first winner of $500,000 in the new “$100 Million Extravaganza” scratch-off game from the Mississippi Lottery.

He claimed his top prize at the Mississippi Lottery headquarters Tuesday, after purchasing two of the $20 tickets Monday from Bill’s Food Mart at 5341 Hwy. 178 W. in Fulton.

As he bought his tickets, a player standing near him at Bill’s Food Mart in Fulton said, “You’re not going to win!” having himself just recently won a prize in the same game.

He said he was shocked when he scratched the ticket to see his big win!

“This is an exciting and fun day for our player and the Mississippi Lottery,” said President Tom Shaheen. “While we have had several millionaire winners from our draw games, this is the largest scratch-off prize we have awarded.”

“$100 Million Extravaganza” has been the hottest selling instant scratch-off ticket for the past seven weeks.