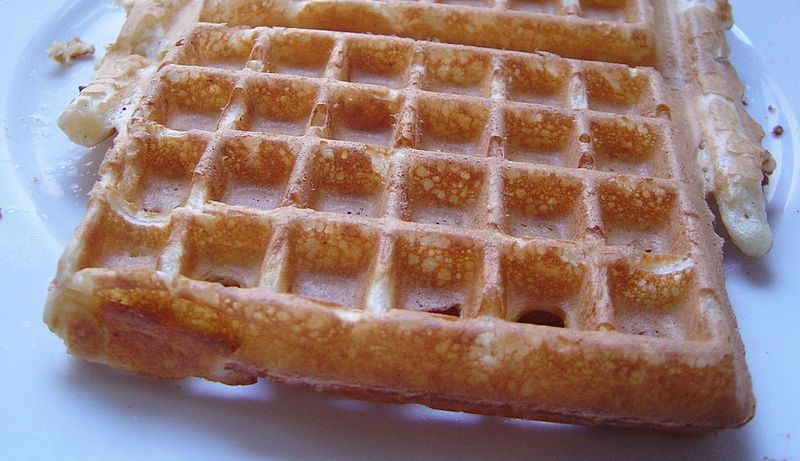 Social media trends are much like every other trend in that they seemingly appear overnight, stay long enough to confuse and annoy the majority of the population, and are gone just as quickly as they appeared.

Occasionally, a trend will make an encore appearance (mullets, anyone?) just in case it didn’t annoy and baffle people the first time around.

One such trend making a comeback is the Facebook raffle. Or waffle. Or wazzle or whatever name they’re being given to avoid Facebook police detection.

A lucky few may not even know what a FB waffle is and others may just wonder why an online contest is named after a crisp, battered cake best eaten with butter and syrup.

First, a FB waffle is a page set up by a person or group hoping to entice group members into buying chances at winning prizes or cash. It is, basically, a raffle.

Why not just call it a raffle, you ask? Simply put- they’re illegal in most cases, and Facebook shuts them down as quickly as they find them. Cleverly changing that “r” to a “w” is just a way to avoid detection.

This leads us to the question of “why are they illegal?’

According to Facebook’s terms and conditions, (You remember those, right? We all read them word for word before we checked the box saying we agreed to them), the only group that is allowed to hold a raffle is a registered non-profit organization. This is because apparently some people use online contests as their main source of income.

Upon further research I found that administrators of these pages can make a lot of money. A whole lot. The method is so simple it’s almost genius.

An administrator(s) sets up a page and invites people they know so the trust factor is automatically there. A predetermined prize is announced and a certain number of chances are sold for whatever price the admins set.

For example, on one page I was invited to and previewed the prize was a Nintendo Switch bundle with a wireless controller and a couple of games. It was valued at around $550 from Wal-Mart. They were raffling 50 spots for $15 each which totaled to $750. The page administrator was making a potential $200 profit.

The next question I had was “Is this ethically wrong or sinful?’. Well, a case could definitely be made that it’s a form of gambling. And it’s definitely a way for someone to make money off of other people, but most admins aren’t being dishonest about the process. Most of them go live when it’s time to choose a winner and they use apps that do appear to pick someone completely randomly. Also, it does take some effort to run the raffles and keep up the page, so what’s the big deal if the admin is making money doing it? A few of the ones I’ve been invited to claim to be fundraisers with profits going toward children’s clubs or athletics, and I don’t see any crime in that.

That begs the question, then, why are they banned and in most cases illegal?

While it may seem like fun and games, the fact remains that some people are earning thousands of dollars a year. This brings up the topic of taxes and the IRS. Most raffle spaces are paid for using Venmo, PayPal or CashApp, so there is no definite way to know if the income is being reported.

Another issue most players and many admins aren’t aware of is that in order to legally operate any contest of this kind, the admin must get approval from the Mississippi Gaming Commission. They must first obtain a “small games of chance” license.

Amanda Kelley, a former administrator with the MGC, said the rule was put into place to protect citizens from unscrupulous people who have no intentions of awarding prizes. She added, “It’s also a way of protecting fundraising capabilities of non-profits and service organizations.”

With all of the social restrictions placed on people in the last year, waffles are making a comeback. So how does a person know if they’ve inadvertently joined and/or participated in an illegal contest or raffle? Kelley advises potential participants to just ask the group’s administrators if they have the appropriate license and what the license number is. Licenses can easily be checked at a county’s treasury department or gaming commission.

Kelley advises, “If the group is violating the law, one can always report it to Facebook, the Gaming Commission and local authorities.”

My personal advice differs a bit. I personally suggest declining or ignoring the invitation and simply waiting for the trend to once again fade into obscurity.