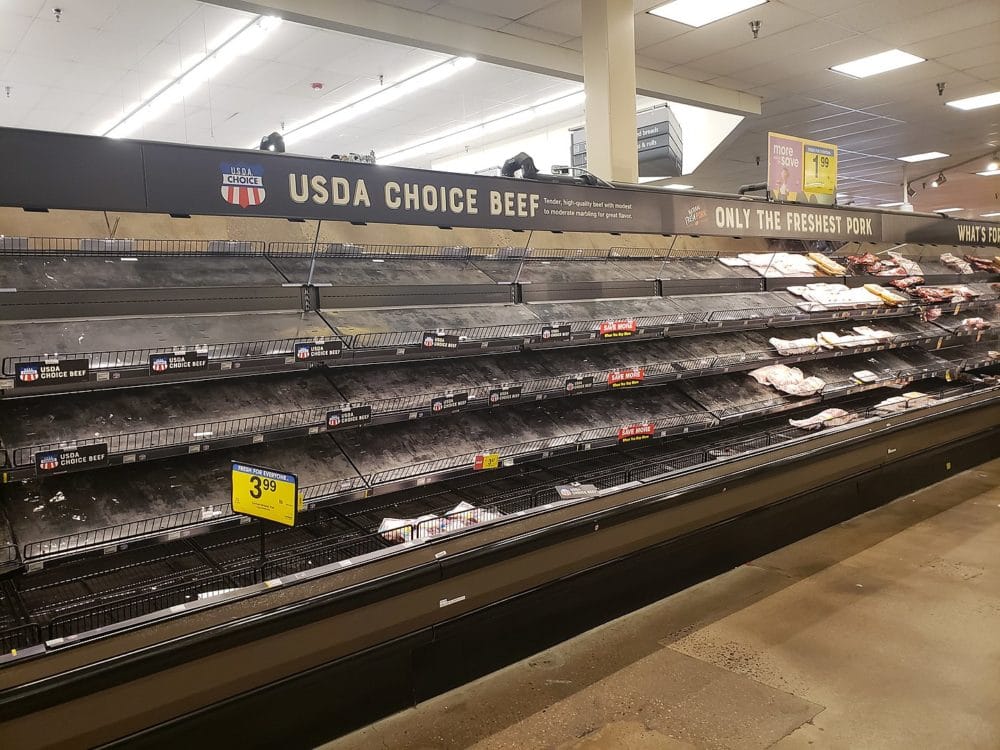 Leaders from mayors to governors to the president of the United States are asking shoppers to stop panic buying due to the COVID-19 virus.

“We’re trying to get people to actually buy less if that’s possible,” President Donald Trump said in a press conference Tuesday. “Don’t take everything. Just buy what you need for a while.”

During a live Facebook event this afternoon, Mississippi Gov. Tate Reeves reiterated the president’s message when a caller said they were having trouble getting food because people were clearing shelves and stockpiling supplies.

Reeves first assured the caller that grocery stores would not be closing, and then he asked Mississippians not to hoard food.

“Buy for a week, and everything will be OK,” he said.

“My plea with all of you is continue your shopping on a regular basis,” Reeves added.

The governor later warned price gougers that they would be prosecuted.

Reeves also encouraged listeners to continue to eat restaurant food when they could. Some dine-in establishments are experiencing big drops in the numbers of customers, and even fast-food restaurants are closing dining rooms and only serving customers through drive-thru windows.

McDonald’s, Taco Bell, Chick-fil-A and Starbucks are just a few of the national chains that are limiting food service to drive-throughs.

Some restaurants are finding a happy medium, saying they will provide curbside delivery for takeout orders.

“Don’t be afraid to order takeout food from your favorite restaurant from time to time,” Reeves said.