Larry Walker Jr. is the City of Vicksburg's Employee of the Quarter 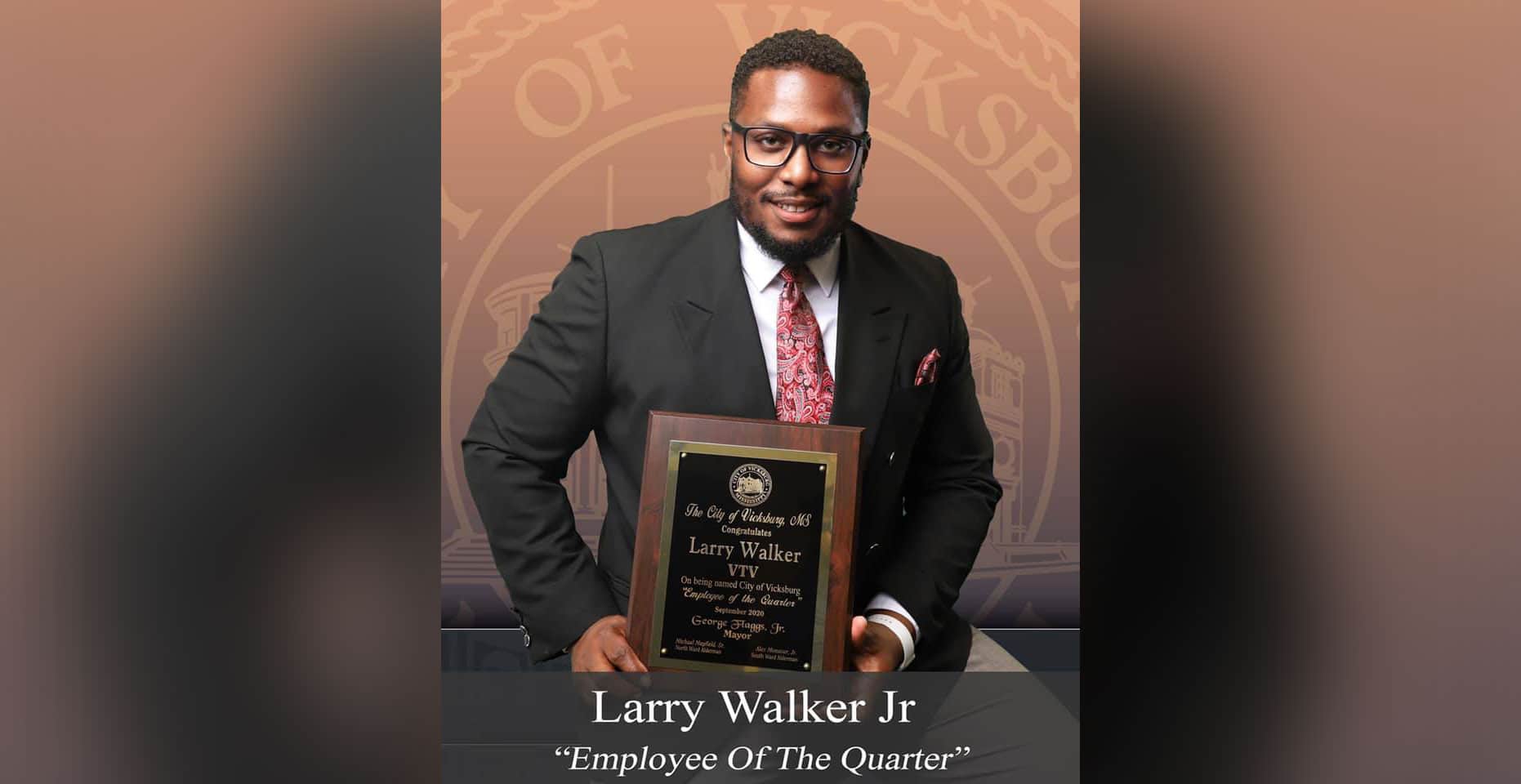 (Photo courtesy Alvin Coleman with the City of Vicksburg)

The City of Vicksburg has named Larry Walker Jr. as its Employee of the Quarter.

Walker joined the city about three years ago as a videographer and works with VTV. He is married to Reva and has two children, a daughter Logan Marie and a son Larry Prince. The Prince name honors and comes from Walkers’ grand dad.

Walker grew up in the Openwood section of Vicksburg and attended Warren Central High School where he was a defensive tackle for the Vikings. He went on to play at Southwestern Community College and Mississippi College. “Got a championship there in 2009,” Walker said matter of factly.

Walker is also a man of faith.

“So, I grew up in the church and had the seed sown there,” he said. “That, I guess, kind of decided my walk and decided my passion for how I live my life.”

About a year ago Walker won a photo contest featuring the military park. “The fact that I was being recognized — it was like, ‘Oh wow, people actually like this stuff.’ It was crazy,” he said. “The feeling of winning was, like, kind of surreal. It was awesome.”

“I was on vacation in Houston, Texas, at the Galleria Mall. There was a rumor I heard about that place, that there were so many expensive pieces of art. I knew nothing about art. So, I was like, ‘Alright. I want to see these prices,” he said.

“When I walked in I saw these different landscape pictures and was completely blown away. I was speechless. Just like what! I didn’t even look at the price tags, and that is why I went there. I was, like, ‘You’ve got to be kidding. This stuff is incredible,’ and I wanted to start just taking pictures the same way.”

“It’s all about emotion,” he added.

When Walker walks down the street, people shout out his name. The Vicksburg Daily News asked Walker what that was like. “Weird,” he replied, “because, again, the recognition for things is weird because I try to live the humble life. The attention aspect is weird for me. I always try to serve.”