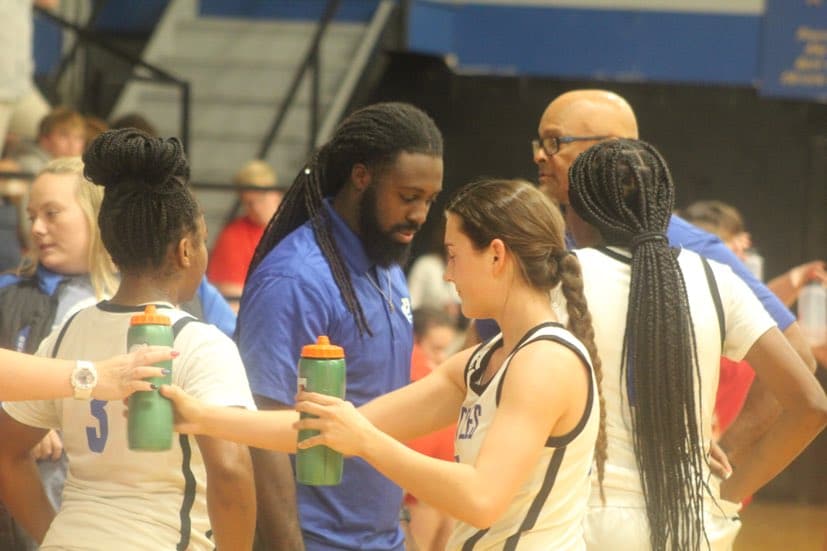 PCA girls basketball team got a 61-46 victory against Cathedral. (Photo by Keith Phillips)

Porter’s Chapel Academy girls basketball team got a 61-46 victory against Cathedral on Saturday while heading into the Thanksgiving break.

The Green Waves scored first and was up 4-0 until Zy Smith hit a three pointer, followed by Tiara Sims who knocked down, giving the Lady Eagles the lead. Sims and Smith took over the first quarter and received help from Sophie Masterson, who scored a three, as well.

PCA was able to maintain their lead throughout the match with Sims finishing with 29 points and Smith ending with 10.

PCA will travel across town on Nov. 29 to face St.Aloysius.