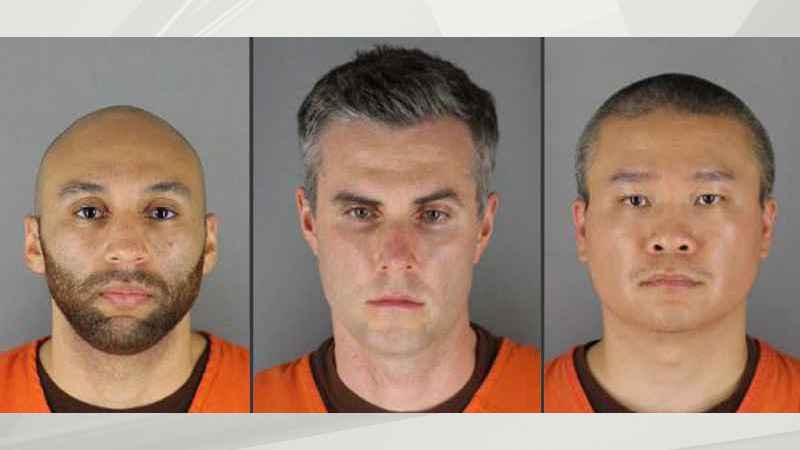 On Friday, a federal grand jury indicted Derek Chauvin and three other former officers for violating George Floyd’s civil rights, according to a report by The Washington Post.

On April 20, 2021, Chauvin was found guilty on all three counts, including third-degree murder, second-degree manslaughter and second-degree murder for an event which sparked nationwide protests and put the public eye on police accountability and the need for reform – the death of George Floyd. Chauvin’s sentencing is set for June 25.

Prosecutors with the Justice Department stated that Chauvin, Tou Thao, and J. Alexander Kueng will stand trial on two counts apiece and Thomas Lane will face a single charge in the case.

Chauvin is part of a separate indictment and will soon face two counts of violating the rights of a 14-year-old.  During an arrest in September 2017, Chauvin is accused, yet again, of police misconduct by reportedly holding the boy by the neck and striking him with his flashlight.

Kueng, Lane and Thao will face charges of aiding and abetting second-degree manslaughter, according to a report by Duluth News Tribune. Their trial is set to happen on August 23 and will be a televised event.

At first, the foursome were due to be tried together. However, Hennepin County Judge Peter Cahill decided to separate Chauvin’s case out of a lack of space for social distancing.

Aside from the pending charges, prosecutors have appealed for the remaining trio to be charged with third-degree murder. Oral arguments are scheduled for May 20 before the state Court of Appeals.

Minnesota law states, “a person is criminally liable for a crime committed by another if the person intentionally aids, advises, hires, counsels, or conspires with or otherwise procures the other to commit the crime.”  Chauvin’s conviction will increase the likelihood of the other officers involved being convicted as well.