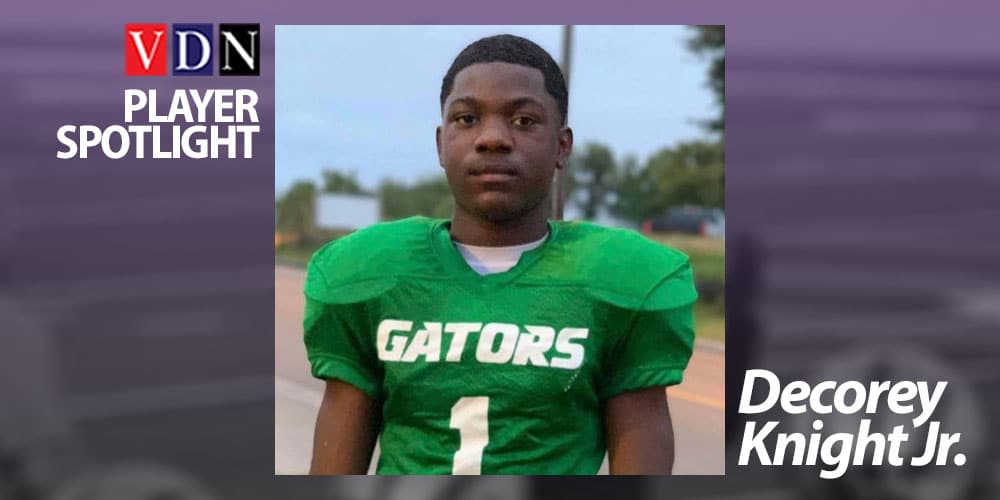 He now has four touchdowns on the season, and the Gators have only played two games. He is a returning starter from last year’s squad that won the Little Six Championship.

Knight also plays basketball for VJHS and is expected to have a great year on the court once the football season ends. This is his second year being led by VJHS head football coach Larry Carter Jr. who gives Knight a big responsibility in helping the Gators have a successful season.