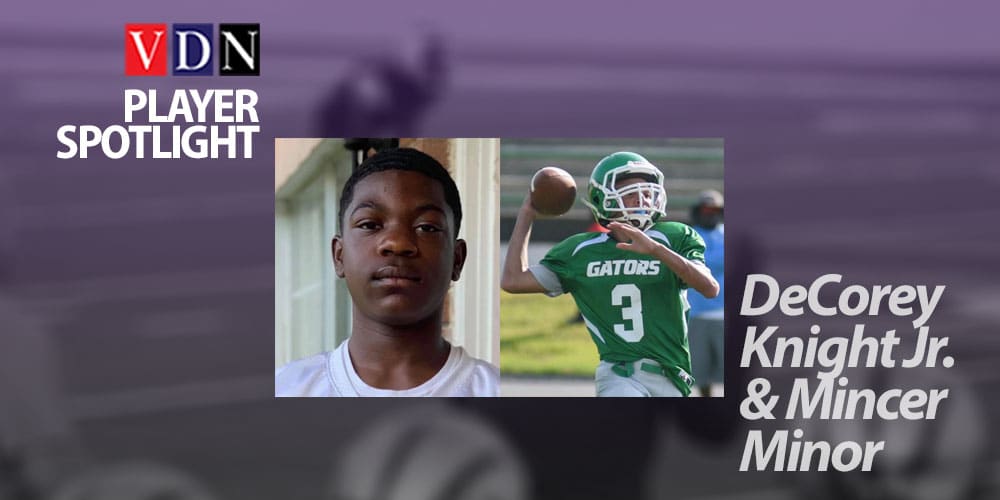 Knight and Minor both put the Gators on the scoreboard in the season opener as they both scored touchdowns that were over 50-yards long.

Knight scored the longest touchdown run on a 66-yarder where he ran full soles in the endzone for the Gators. He is in his second season starting for VJHS under head coach Larry Carter Jr.

Minor also scored on a long touchdown run which went for 60 yards. You can view a video of Minor’s touchdown on the Vicksburg Daily News Facebook page.

Both players were on the Little Six Championship team last year and will lead the team on the field next Tuesday against Clinton.