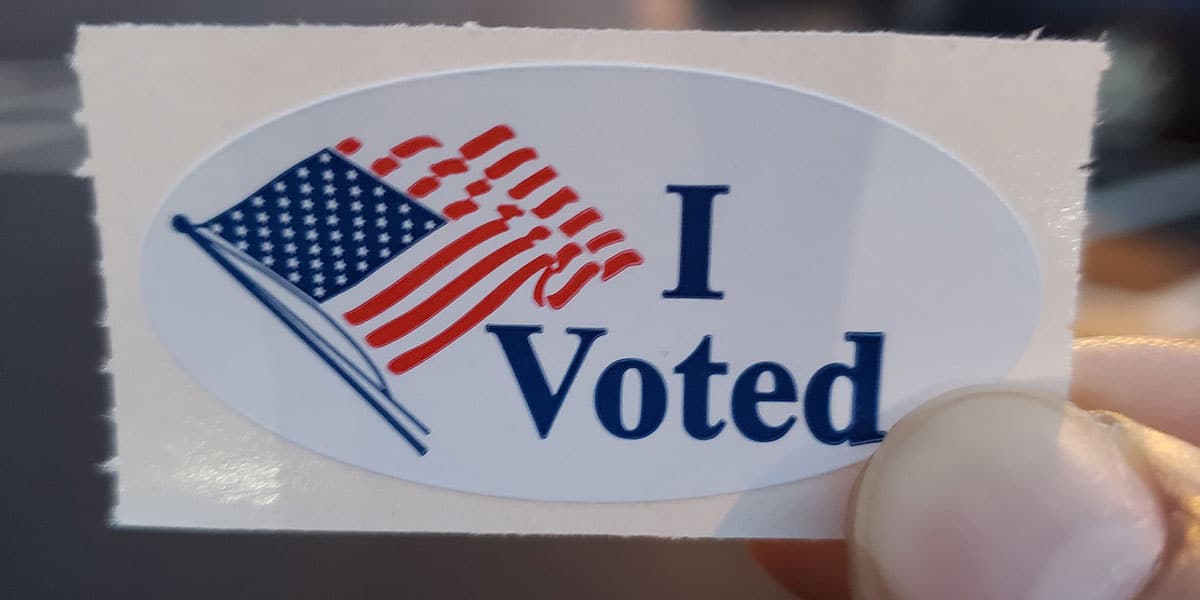 (Image by ktalbot from Pixabay)

Ryan Burns, a Madison County attorney and former assistant district attorney, told a House judiciary committee any person convicted of a felony in Mississippi has the right to petition the court for restoration of gun rights.

But the same option does not exist for Mississippians who lose another constitutional right: the right to vote.

Dennis Hopkins, a 46-year-old Potts Camp resident who lost his right to vote as a teenager when he was convicted of grand larceny, says he does not care whether he gets his right to own a gun restored, but wants to be able to vote.

“If I want to go hunting, I can use a bow and arrow,” Hopkins told the committee Thursday.

“Voting to me is everything,” Hopkins said. “I tell my kids how important the vote is… it shames me to tell them I can’t vote and here is why.”

Grand larceny is one of 23 crimes that disenfranchises Mississippians unless their right to vote is restored through legislative action, through judicial expungement in some instances, or through a gubernatorial pardon. The crimes where people lose their right to vote include the serious crimes of murder and rape, but also several lesser crimes such as felony shoplifting and timber theft.

The House Judiciary B Committee, led by Republican Rep. Nick Bain of Corinth, held a hearing on Thursday about the lifetime felony voting ban and what, if anything, lawmakers could do to reform the law.

Bain on Thursday said he always thought it was unfair a person faces a lifetime ban on voting for a felony bad check writing conviction, but could vote while in prison if convicted of child pornography or of being a major drug dealer.

“I make a commitment to do our best to make it more consistent and fairer. I think it’s past time to do that,” Bain said on Thursday.

The Republican chairman said he hopes to try to pass legislation in the 2022 session, which begins in January, to address the litany of issues surrounding Mississippi’s lifetime voting ban for people convicted of certain felonies. Bain, though, would not offer specifics Thursday on any bill other than to say, “We are committed to do what we can.”

In the 1890s, the Mississippi Supreme Court wrote the disfranchisement of people of specific felonies was placed in the Constitution “to obstruct the exercise of the franchise by the negro race” by targeting “the offenses to which its weaker members were prone.” The crimes selected by lawmakers to go into the provision were thought by the white political leaders at the time as more likely to be committed by African Americans.

That provision is currently being challenged on constitutional grounds in the federal courts with two cases pending before the 5th Circuit U.S. Court of Appeals. Attorneys have argued that the provision’s intent is the same as the poll tax, the literacy test and other Jim Crow-era provisions that sought to prevent African Americans from voting.

The 1890 Mississippi Constitution says people convicted of certain crimes lose their right to vote unless restored by a two-thirds vote of both chambers of the Mississippi Legislature. In Mississippi, rights also have been restored through gubernatorial pardons and through expungements of criminal records granted through the judiciary.

But lawmakers typically pass few, if any, suffrage bills granting restoring the right to vote, and current Gov. Tate Reeves and his predecessor, Phil Bryant, have not granted pardons.

In the hearing on Thursday, Gayle Carpenter-Sanders, executive director of the Mississippi Volunteer Lawyers Project, told the Judiciary B Committee it is difficult for a person to navigate the cumbersome state expungement process that is available to some — not all — people convicted of felonies.

In addition, Bain said there are counties where circuit clerks do not recognize expungements and gubernatorial pardons as restoring voting rights.

Bain has said he is not engaged right now in a debate about whether people convicted of felonies should lose their right to vote, but has said that the Legislature “should not be in the business” of restoring suffrage. He has advocated that the process could be done through the judiciary much like for gun rights.

There were discussions during the Thursday hearing of whether a whole group of people — such as all people convicted of certain crimes — could have their rights restored via a two-thirds vote instead of restoring the rights one by one with individual bills. And there were questions about whether the rights could be restored just for those already convicted or also for those who would be convicted in the future.

The Legislature normally only restores voting rights to a few each session — typically less than five per year. In the 2021 session, the Senate killed 19 of the suffrage bills passed by the House. Just two people had their voting rights restored via the Legislature in 2021.

Paloma Wu, deputy director of impact legislation at the Mississippi Center for Justice, told the committee that the felony disenfranchisement language was placed in the Constitution in the 1890s, like other provisions, to keep African Americans from voting.

Only a few states impose a lifetime ban on voting for those convicted of felonies.

Roy Harness, a Hinds County resident who was convicted of forgery and lost his voting rights, told the committee how he turned his life around. The military veteran now has a master’s degree and works as a counselor.

“I am not here today to beg,” Harness said. “But as an American, as a veteran, as a man I am saying I would like to be able to vote.”