Juvenile in custody after attack on ambulance 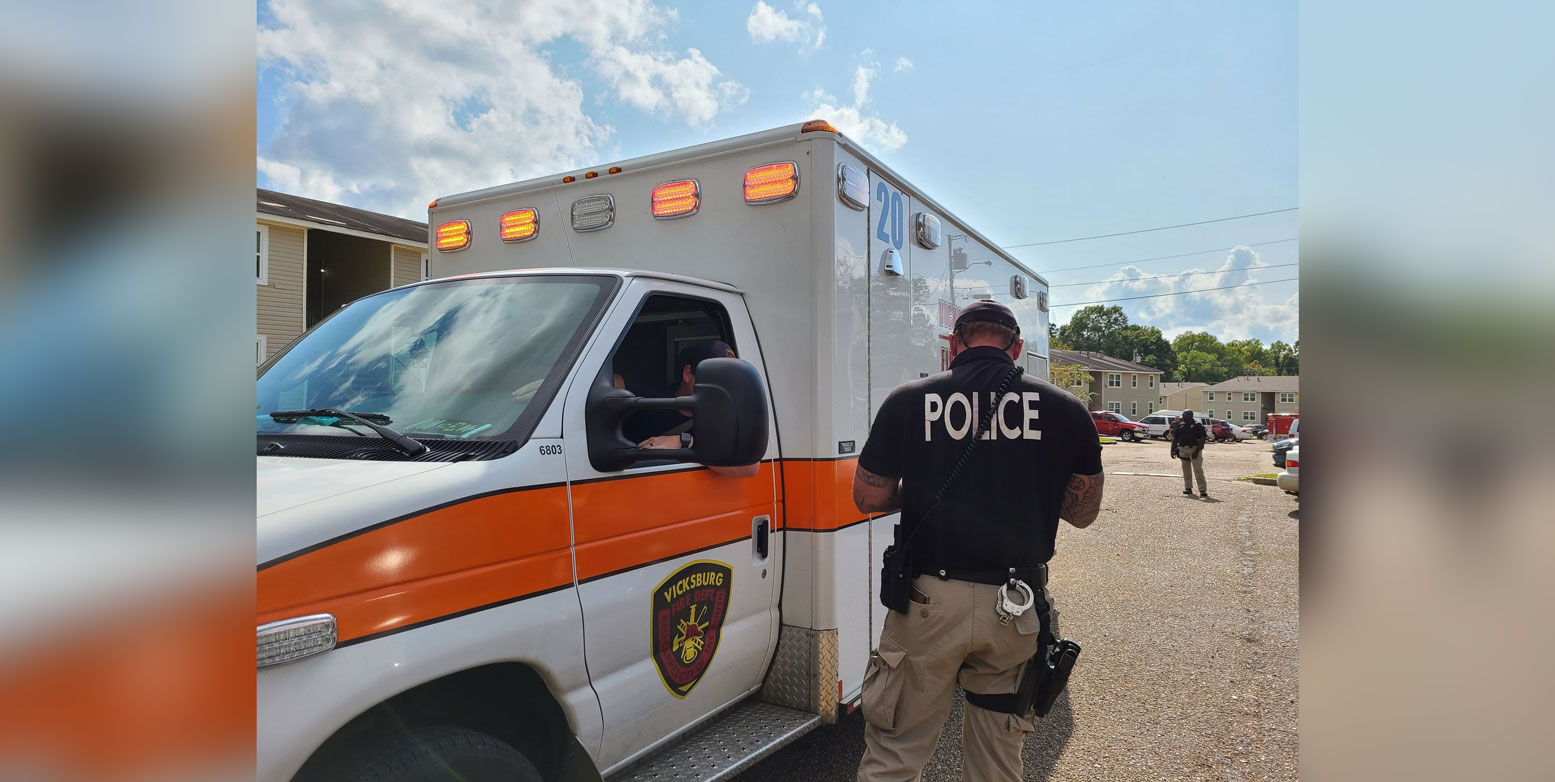 UPDATE: The juvenile suspect has been released having not been positively identified by the paramedics that were on the scene.

Initial reports indicate that paramedics were attempting to help an 18-year-old woman suffering a medical condition. It is unclear what happened next, but the situation devolved into at least one person reportedly attacking the ambulance with a baseball bat. 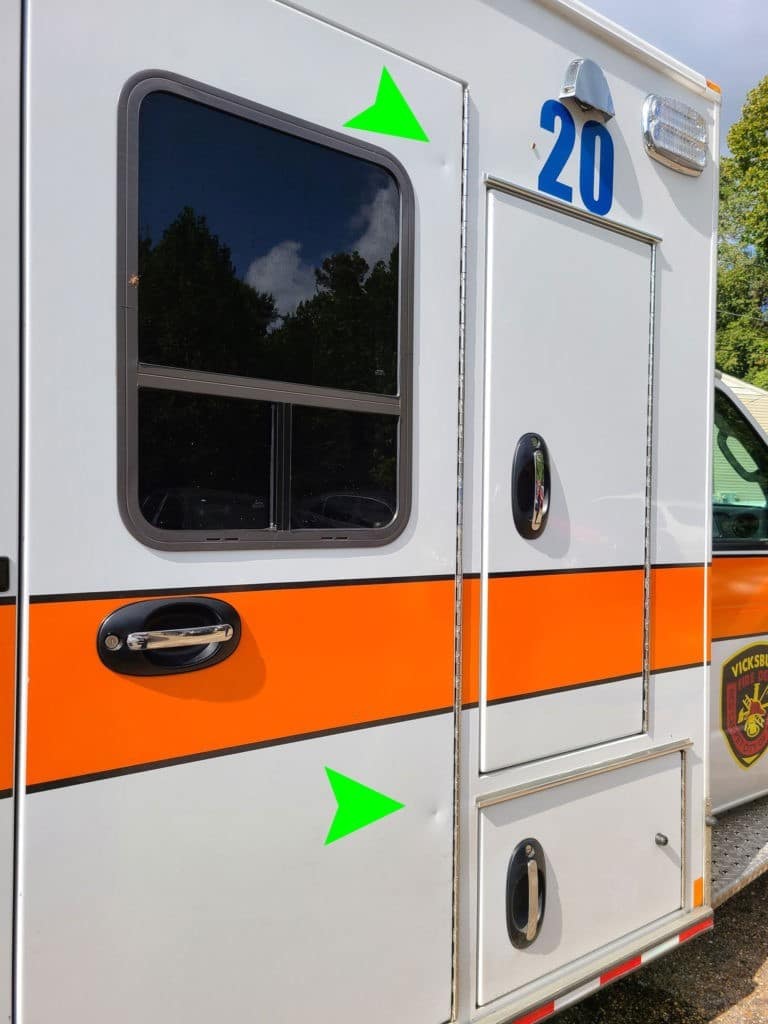 Dents in an ambulance allegedly inflicted with a baseball bat. (photo by David Day).

Police Chief Milton Moore has confirmed that a person of interest has been detained pending identification by the paramedics who were present.

The young woman was transported to Merit Health River Region for treatment.