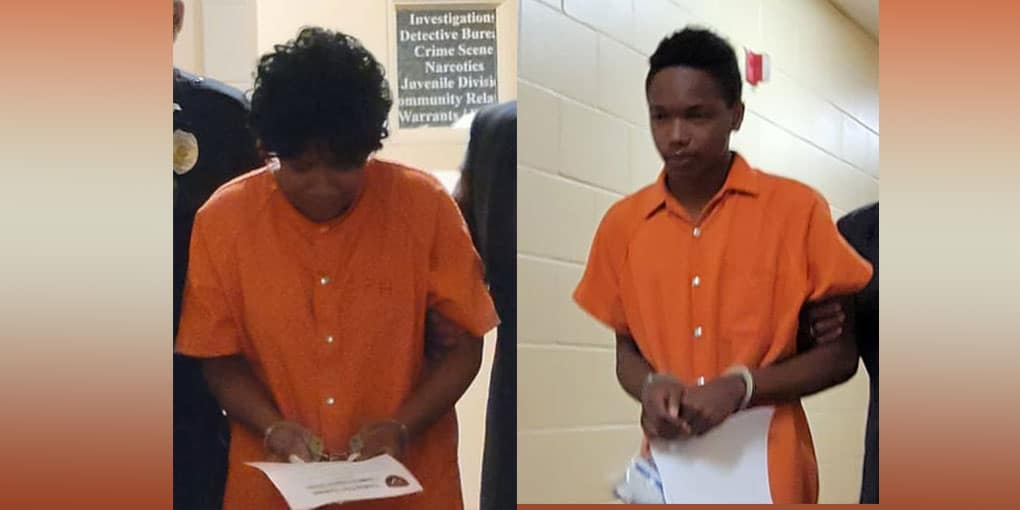 Laquesha Davis, 29, and Damarion Reed, 15, appeared in Vicksburg Municipal court Tuesday to face charges in the murder of Malik Vallarie, who was shot to death during an altercation at a basketball court Monday afternoon. 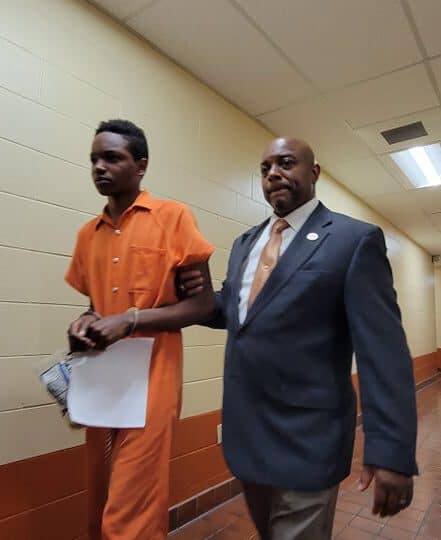 Reed was first to face the judge, and while his 6-foot frame might give the impression of a grown man, his face was that of a terrified young boy that understood the magnitude of the allegations against him.

The 15-year-old is believed to have fired the shots that killed Vallarie, and he is facing a charge of first degree murder, for which he will be tried as an adult.  Judge Angela Carpenter made sure the young man understood the charge he is facing and read him his rights.  Reed was assigned a $2 million bond and bound over to the Warren County Grand Jury. 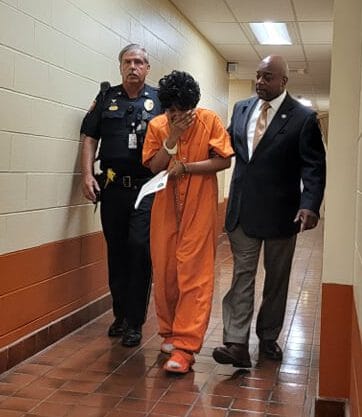 Laquesha Davis was emotional as Sgt. Billings and Lt. Edwards escorted her to the courtroom (photo by David Day)

Davis wept as her attorney read the charges against her:  first degree murder and directing a youth to commit a felony.  Davis denied that she was involved and initially refused to sign court documents. However, Judge Carpenter also read Davis her rights and bound her over to the Warren County Grand Jury on a $2.5 millon bond.

Around 2:30 p.m. on Monday, June 14, officers responded to the Waltersville area in reference to reports of shots fired, where witnesses reported that an altercation at the basketball court next Fire Station No.9 had escalated into a shooting.  Officers found the body of Malik Vallarie, in the brush, where he had collapsed after trying to escape the gunfire. Vallarie was 21 years old.