Jones led the Vicksburg High Gators in blocking this season 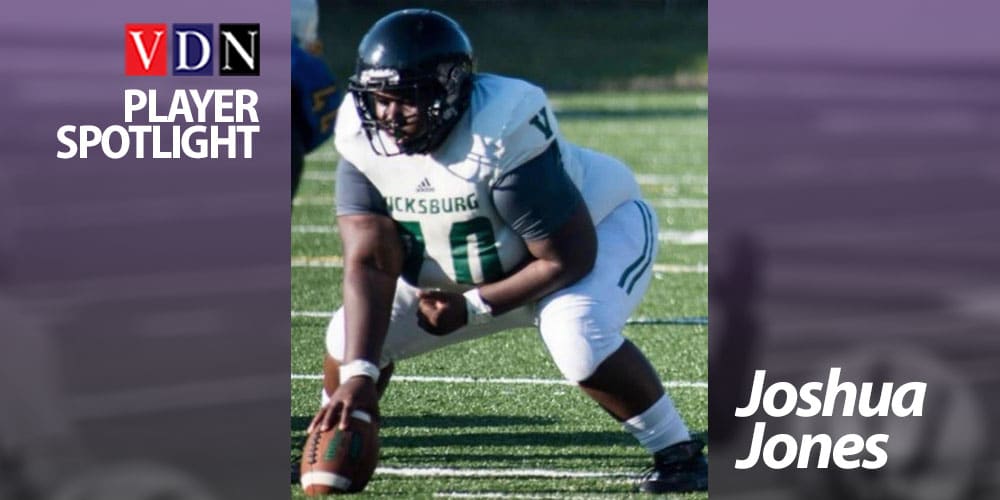 Vicksburg High School football player Joshua Jones held down the offensive line during the 2020 football season, keeping many of the skilled players protected.

Jones started this season at center, and his main job was to keep freshman quarterback Ronnie Alexander protected from the defensive line. He impressed fans this season with his great blocking ability and his skills putting defenders on the ground.

Jones worked heavily with VHS offensive line coach Andre Bennett who showed him the proper techniques of the game.

Although Jones kept Alexander protected, he was  also crucial to letting running back Shakori Regan gain 1,000 yards rushing this season. He drove the defensive lineman back so his teammate could pick up big yards.

Jones finished his senior season under head coach Todd McDaniel, and he helped the Gators reach the first round of the playoffs.

“He is a great player, and I hate to see him go,” McDaniel said.

Jones has not announced his next move concerning football, but he has proven that he is up for any challenge.