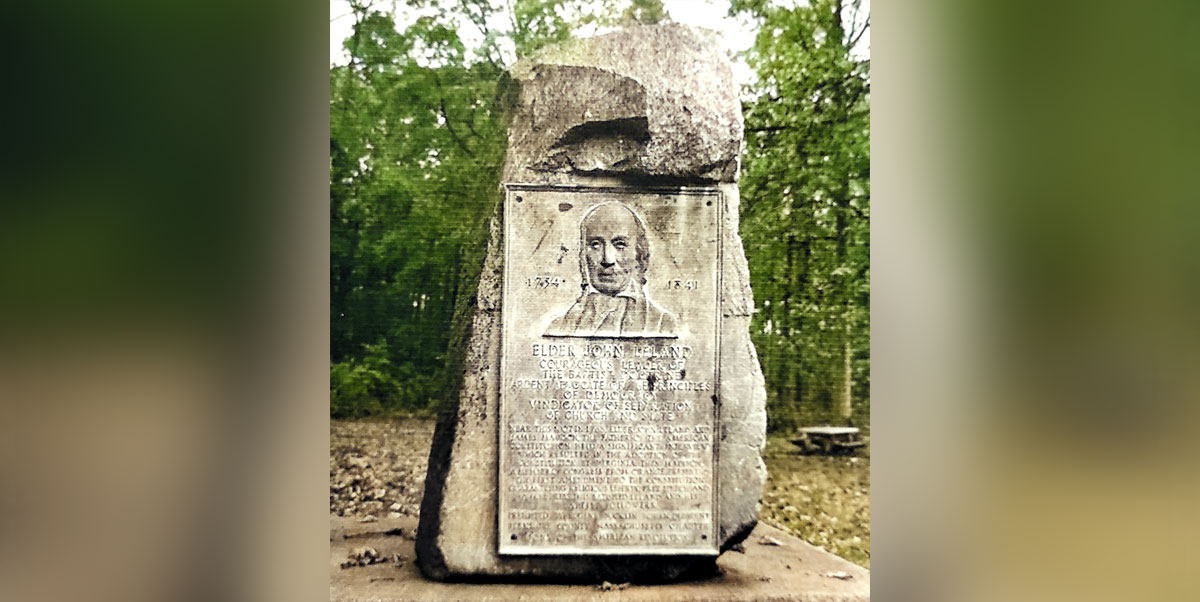 This monument to Elder John Leland, who insisted that the Constitution contain a provision guaranteeing religious liberty, is in Orange County, Virginia. (photo courtesy Gordon Cotton)

It is doubtful that many people have ever heard of John Leland, but Americans owe him a heartfelt thanks.

Leland deserves more than a footnote in history. Part of the First Amendment to the U.S. Constitution, No. 1 in our Bill of Rights, was his idea and his perseverance made it a reality.

I had heard the story of John Leland, but was it true?

I was at the Orange County Courthouse in Virginia, working on family history. I knew that Leland lived in Orange, so I asked folks in the local historical society if the story was true.

A few miles drive down a state highway, and I found the monument to him. It is an impressive marker with a relief portrait of Leland and a brief account of his accomplishments:

Elder John Leland, courageous leader of the Baptist Doctrine, ardent advocate of the principles of democracy, vindicator of separation of church and state.

Near this spot in 1788, Elder John Leland and James Madison, the father of the American Constitution, held a significant interview which resulted in the adoption of the Constitution by Virginia. Then Madison, a member of Congress from Orange, presented the First Amendment to the Constitution guaranteeing religious liberty, free speech and a free press. This satisfied Leland and his Baptist followers.

Leland’s role in suggesting the First Amendment, the one that guarantees our freedom of religion, came about because it appeared that Virginians would not ratify the Constitution in 1788.

Many patriots opposed it, including Patrick Henry, Samuel Adams and George Mason.

Leland was Patrick Henry’s friend, and he was also a neighbor of James Madison, who wrote the Constitution. Leland, a Baptist minister, had a tremendous amount of influence. If he backed the adoption of the Constitution, it might be just enough to secure its passage.

One afternoon Madison called on Leland hoping to secure his endorsement. The two men talked late into the night, so long that Madison missed another meeting. Leland was well aware of persecution suffered by the dissenters, which, at the time, included anyone who was not a member of the state-supported church. As a Baptist in Virginia, Leland was a dissenter because he was not a member of the Anglican church.

Leland believed that government had no right or responsibility in dabbling in religion, and he wanted a written assurance of that in the nation’s laws. When Madison bid Leland good night, he assured the minister of the adoption of an amendment securing religious liberty.

Leland was not a Virginian. He was born in Massachusetts in 1854 and began preaching when he was 20, the next year moving to Orange, Virginia. He protested the state’s paying the salaries of Anglican ministers from the tax monies collected from dissenters and from money made from glebes, land set aside for support of the church. By some accounts, Leland hired Patrick Henry as his lawyer to sue over the state’s support, and the case went to court. Technically Henry lost the case, for the court upheld the law but also set the salaries at a penny a year.

Leland’s fame spread. He was known from New York to Virginia as an outstanding orator and theologian. It was during this time that he delivered one of the most memorable sermons in his long career. It was not unusual for worship services to be held in private homes — in fact, the practice became very fashionable in some areas. Such was the case when he was invited to preach in a fine Virginia mansion. 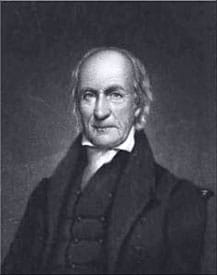 His portrait shows him as not a very impressive looking man, and most knew him by reputation, not by sight. He preached without salary and walked almost everywhere. On the afternoon before his appointment the next morning, he arrived at the mansion tired, dusty and thirsty but was greeted with “What do you want, old man?”

When he asked for some water and a place to rest, he was curtly told to go down to the slave quarters. There he met an elderly black couple who happily shared their cabin with him.

During that evening, he and the slaves discussed the Bible, sang some hymns, and he prayed before retiring.

The next morning there was a flurry of activity as the hostess and her staff prepared for the religious service. Soon finely dressed visitors began arriving in handsome carriages, but at 10 o’clock, the hour of the service, Mr. Leland had not arrived. An hour passed, and still no minister. The guests were becoming restless. The old slave woman suggested that her mistress ask the old man to pray. She had heard him the night before, of course, and urged the lady of the house to ask him.

From the shade of a tree on the lawn, Leland watched as the hostess and some others conferred. Then they came and asked him if he would pray.

Leland walked to the steps on the front gallery. He sang a short hymn from memory and then began to pray. By the time he said “Amen,” all eyes were fixed on him, for never had the crowd heard such earnest eloquence. Noting that they had expected a sermon, he said he was going to take the liberty to say a few words. Carefully he chose his text, turning to Hebrews 13:2 – “Be not forgetful to entertain strangers, for thereby some have entertained angels unaware.”

Legend says that the lives of those in attendance were greatly changed that day, especially that of the hostess.

In the 1790s, Leland returned to Massachusetts, but he continued his travels and preaching, baptizing untold numbers of converts. He also wrote hymns (some of which are still sung in the Primitive Baptist churches). He visited his friend Thomas Jefferson after Jefferson became president, and in 1832, he attended a meeting of Baptist leaders at Black Rock, Maryland, where denominational beliefs and traditions were heatedly debated, resulting in a division. Those who kept to the old ways were sometimes called Old Regular Baptists, Old School Baptists, or in later years simply Old Baptists and more commonly, Primitive Baptists.

Leland chose to remain with the original group, continuing to use the title “Elder” rather than “Reverend.” He died in 1841 and is buried at Hopewell Old School Baptist Church in Hopewell, New Jersey.

Elder John Leland’s name certainly isn’t a household word, but it should be. We owe him a lot.