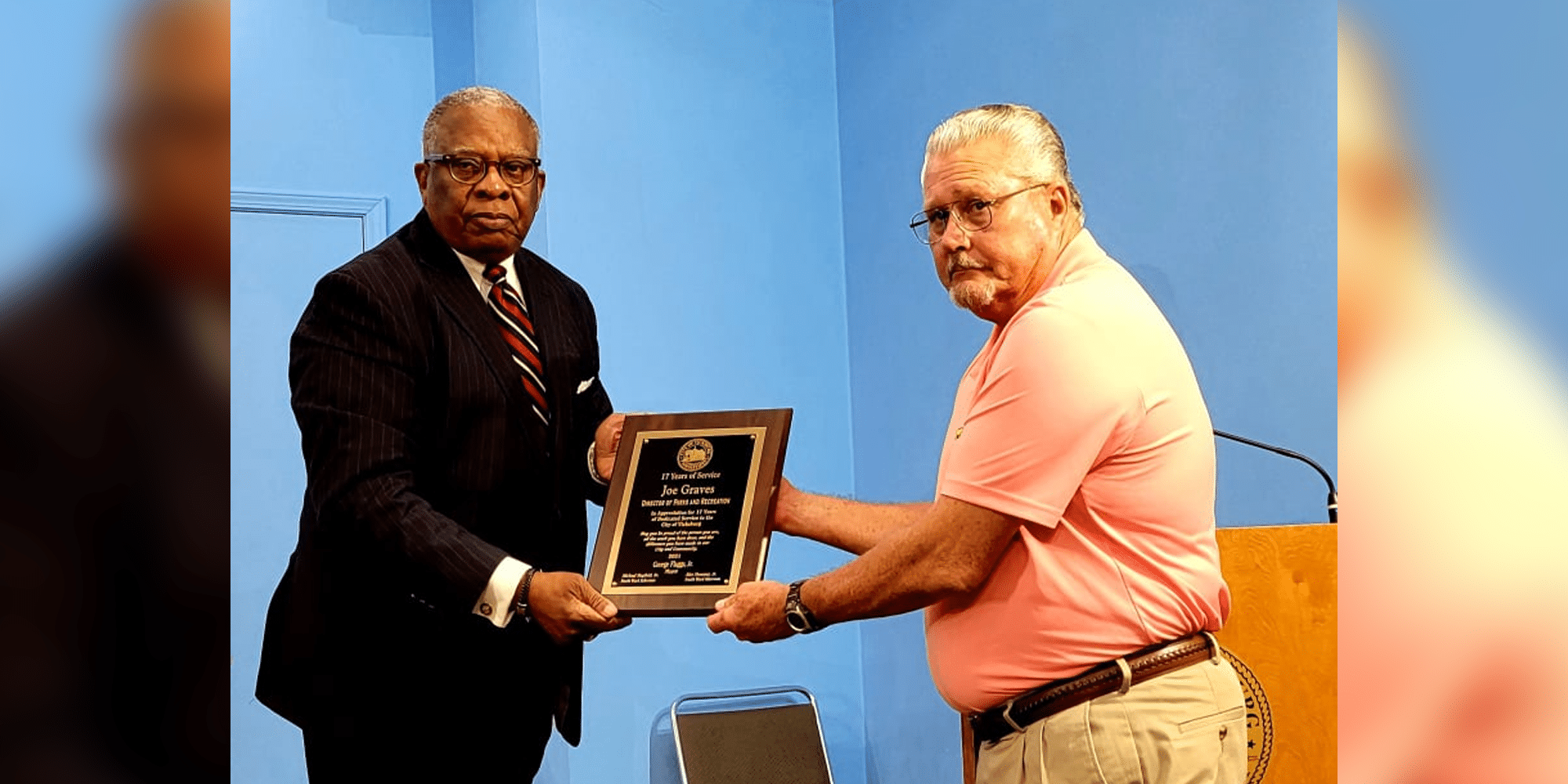 Joe Graves honored by the Board of Mayor and Alderman for his retirement from the city. (Photo by David Day)

The city of Vicksburg Parks and Recreation Director Joe Graves officially retires after 17 years with the city. 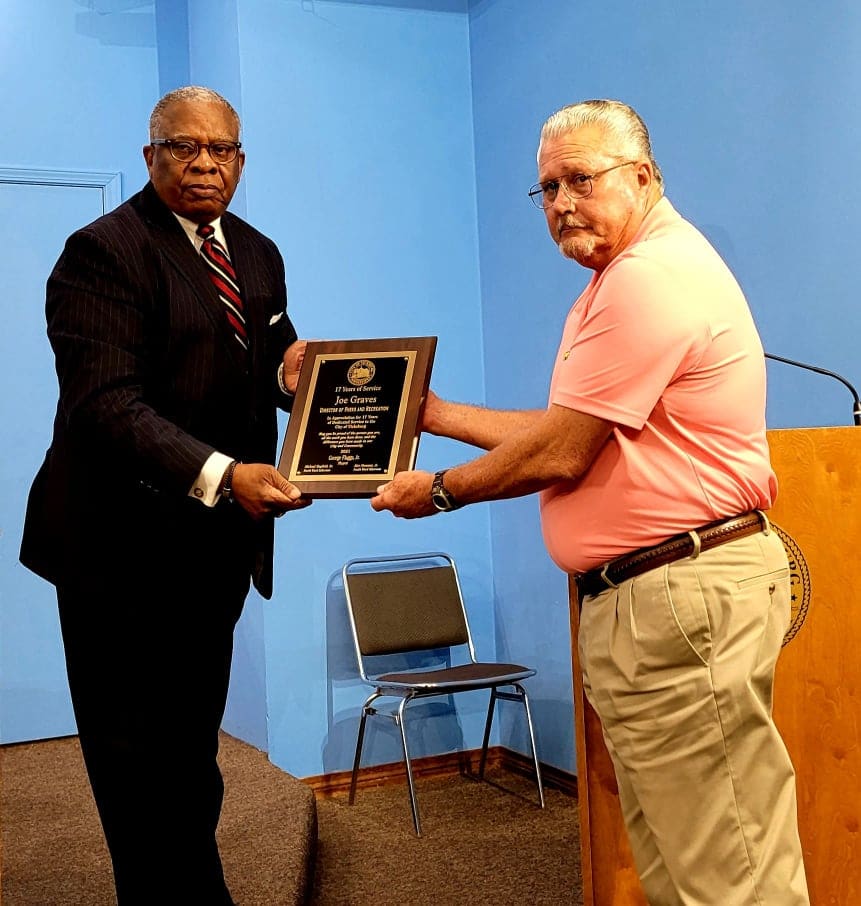 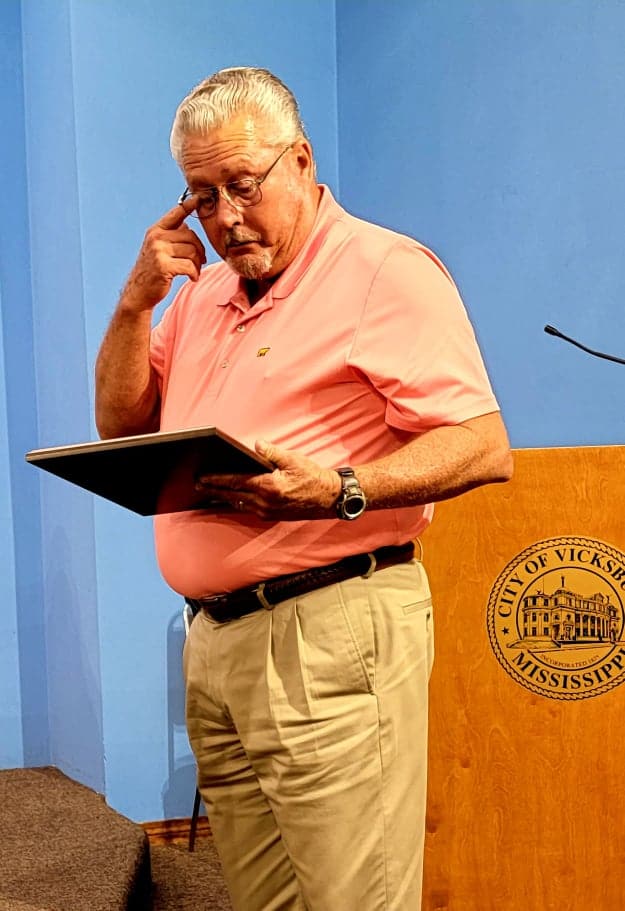 Graves came to work for the city in 2004 and has overseen major projects involving sports ever since as he has worked under three different mayors. He officially announced his retirement last week at the age of 63.

The citizens of Vicksburg thanks Graves for his nearly two decades of commitment and wishes him a happy retirement.