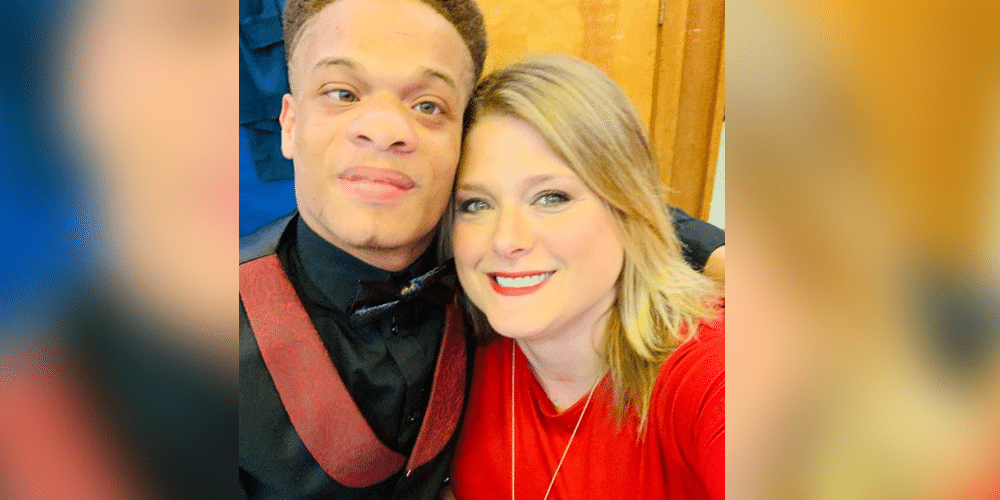 “Some see the disabilities, but special education teachers see the possibilities.”           -author unknown

LaTonya Patton-Brown wanted what every parent wants for their children- to be healthy, happy and successful.

She delivered her first child, Alexis, with no problems so when she went into labor with her second child, a son she would name Jaylon, she had no reason to think it would be any different.

But it was. When baby Jaylon’s heart rate began to drop dangerously low, LaTonya had to undergo an emergency C-section. This resulted in the baby losing oxygen for an extended period of time and having to stay in the neonatal intensive care unit.

LaTonya’s doctors prepared her for all possible problems associated with prolonged loss of oxygen, and LaTonya prayed continuously that her baby boy would be able to live a normal, happy life.

Whether Jaylon would have problems in the future remained to be seen, but his family’s love for him was never in doubt. LaTonya vowed to do whatever she could to make sure her son lived life to the fullest, and she was prepared to sacrifice all in order to give him the experiences and chances her son deserved.

At around 3 months old, LaTonya began seeing signs that troubled her.

“I knew my baby’s growth development was delayed. He wasn’t smiling or making direct eye contact with me. I didn’t want to believe that something was going on with my child, and I would pray and often cry in silence,” she said. 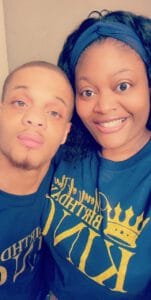 LaTonya’s mother-in-law was a retired special education teacher from Pearl, and she’d also begun having the same concerns about Jaylon.

Jaylon’s pediatrician put LaTonya in touch with the First Steps program, an early intervention program run by the MS Department of Health. According to the MSDH, First Steps “is a program that matches the unique needs of infants and toddlers who have developmental delays, or a birth condition that could cause a developmental delay, with Early Intervention services and resources within the community.”

They sent someone to LaTonya’s home to evaluate Jaylon, and the mother’s fears were confirmed. Jaylon was diagnosed as having a substantial developmental delay. He began receiving weekly therapy at home.

That was the beginning of a very grueling educational career for young Jaylon. Everything was so different from what LaTonya had experienced with Alexis, and it was often confusing, overwhelming and heartbreaking.

LaTonya recalled, “I wanted my baby to be able to experience all that a normal education has to offer. I wanted him to have the limitless opportunities available to all the other kids.”

If young Jaylon and his family didn’t already have enough to overcome, Jaylon was diagnosed with epilepsy in 2012. “This was extremely hard and challenging for my family. We struggled and Jaylon suffered for months trying to get the right medication for him to get it under control.”

If all of that wasn’t enough, LaTonya and her family moved to Vicksburg and had to adjust to less than ideal people and circumstances with Jaylon’s school experiences. LaTonya quit her job in order to devote more time to Jaylon and his education. Then, LaTonya’s mother and her biggest supporter tragically passed away. 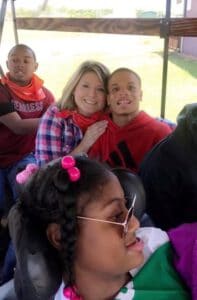 Latonya said, “I felt like everything was closing in on us. But then we met Mrs. Jennifer Cain.”

Cain is a special education teacher at Warren Central, but according to LaTonya she is so much more than just a teacher.

“She was sent straight from God for us. I told her about the trust issues I had due to some past negative experiences, and she reassured me that my son was in good hands with her,” LaTonya said.

LaTonya praised Cain for her love and devotion to not just Jaylon, but every student in her class.

“Jaylon lights up like a Christmas tree at the mere mention of her name. He loves to FaceTime call her, and she is never too busy for him. She has never called me to come get him from school. It is always ‘He needs to be here. I want him here’,” LaTonya said.

Cain said, “I think being “sped” teacher causes us to get overlooked in the school setting at times. Which is fine, I mean, I know I’m not state tested and all that. But if my kids are happy and comfortable and feel loved and safe, then they have 8 hours a day they don’t have to worry about their child.”

Cain’s support for her students extends far beyond the school day and classroom walls.

LaTonya said, “She probably wouldn’t want me telling this because she doesn’t do anything for the recognition, but she went so far as to pick Jaylon up for school after I had major surgery. She has attended his birthday parties and other family gatherings of ours. And when we had COVID-19, she went to the grocery store for us.”

Cain dismisses the praise and humbly said, “These parents have enough on them to worry about- their kids at school shouldn’t be one of those worries.”