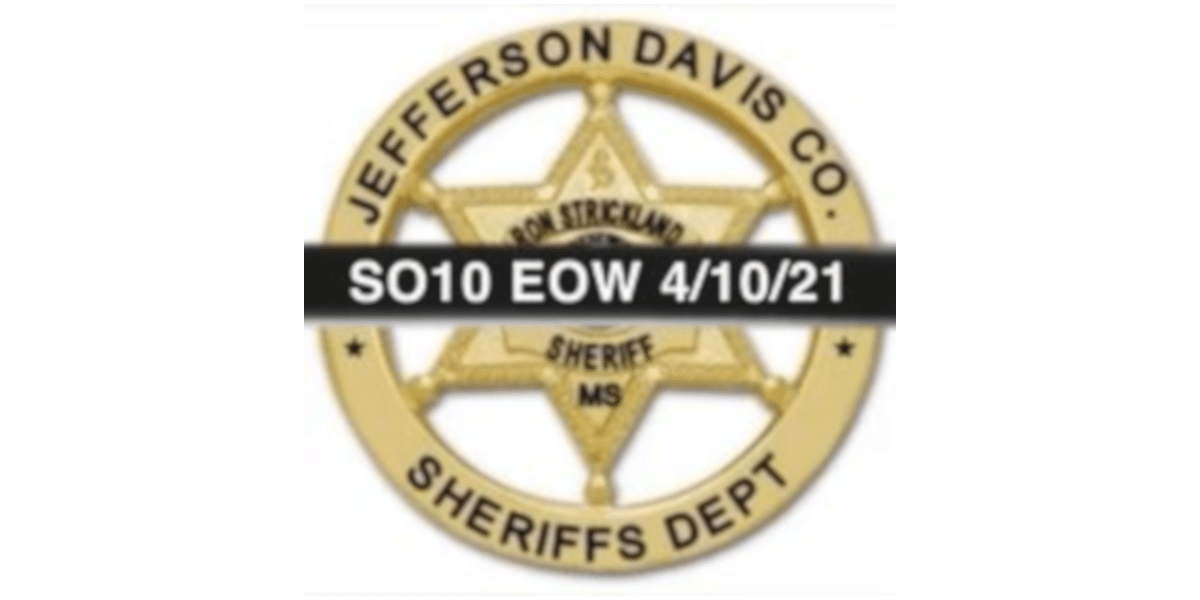 Jefferson Davis County Deputy Pat Barnes was killed in a motor vehicle crash Saturday night at around 9 p.m. on Highway 42 between Bassfield and Prentiss.

Barnes was responding to a call for assistance from a Prentiss Police Officer when the crash occurred.

Prentiss Mayor Charlie Dumas has ordered flags in Prentiss that are located on city property to be lowered to half staff in honor of Deputy Barnes and his line of duty sacrifice.

I, Sheriff Ron Strickland am saddened to announce the line-of-duty death of Deputy Pat Barnes.
On April 10, 2021, Deputy Barnes was responding to assist Prentiss Police Department in a reported altercation at the Western Motel in Prentiss, MS. Enroute to assist the other agency, Deputy Barnes lost control of his vehicle and collided with a Tree. Unfortunately here is where Deputy Barnes succumbed to his injuries.
“Deputy Barnes’s sacrifice while in service to the citizens of Jefferson Davis County, no matter the span of time cannot go unmentioned. We will honor him, his family and his memory and never forget what happened to this deputy on April 10, 2021.
SO-10 Deputy Pat Barnes, We will take it from here Brother.