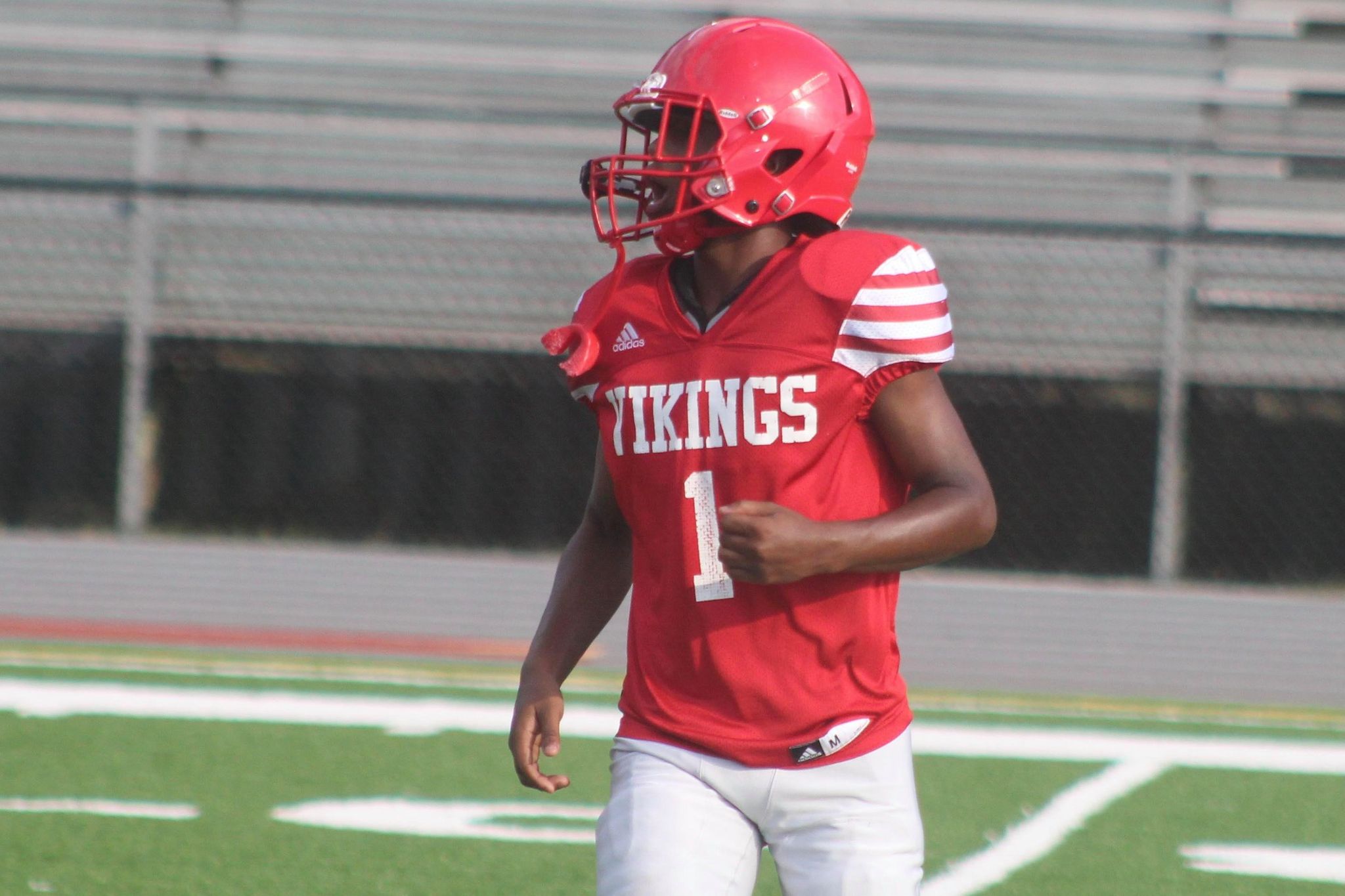 In a big defensive battle on Tuesday, Warren Central Junior High School football team came up with a 16-14 win over Clinton under head coach Louis Green.

Jaylen Harper was key player in the victory for the Vikings. Harper continued to make plays that heavily impacted the outcome of the game.

Clinton got on the board first in the second quarter, but the Vikings soon responded with a short touchdown run by Harper, followed by a two point conversion to take a 8-6 lead.

After taking a punt return for a touchdown and a two point conversion, the Arrows took a 14-6 lead going into halftime.

Nash Morgan took the snaps for WC, while both teams struggled to get down the field in the second half. By the middle of the third quarter, Harper took a handoff and broke out for a 53-yard touchdown run to make the game 16-14 after the successful two point conversion.

The Viking defense held up for the rest of the night with multiple big plays. Fabien Davenport forced a fumble, where teammate KJ Younger scooped it up for a turnover.

Charles Mitchell and Caleb Lane also came up with crucial stops, including a much needed sack.

The Vikings are now 2-1 and will travel to Madison Middle School next Tuesday.