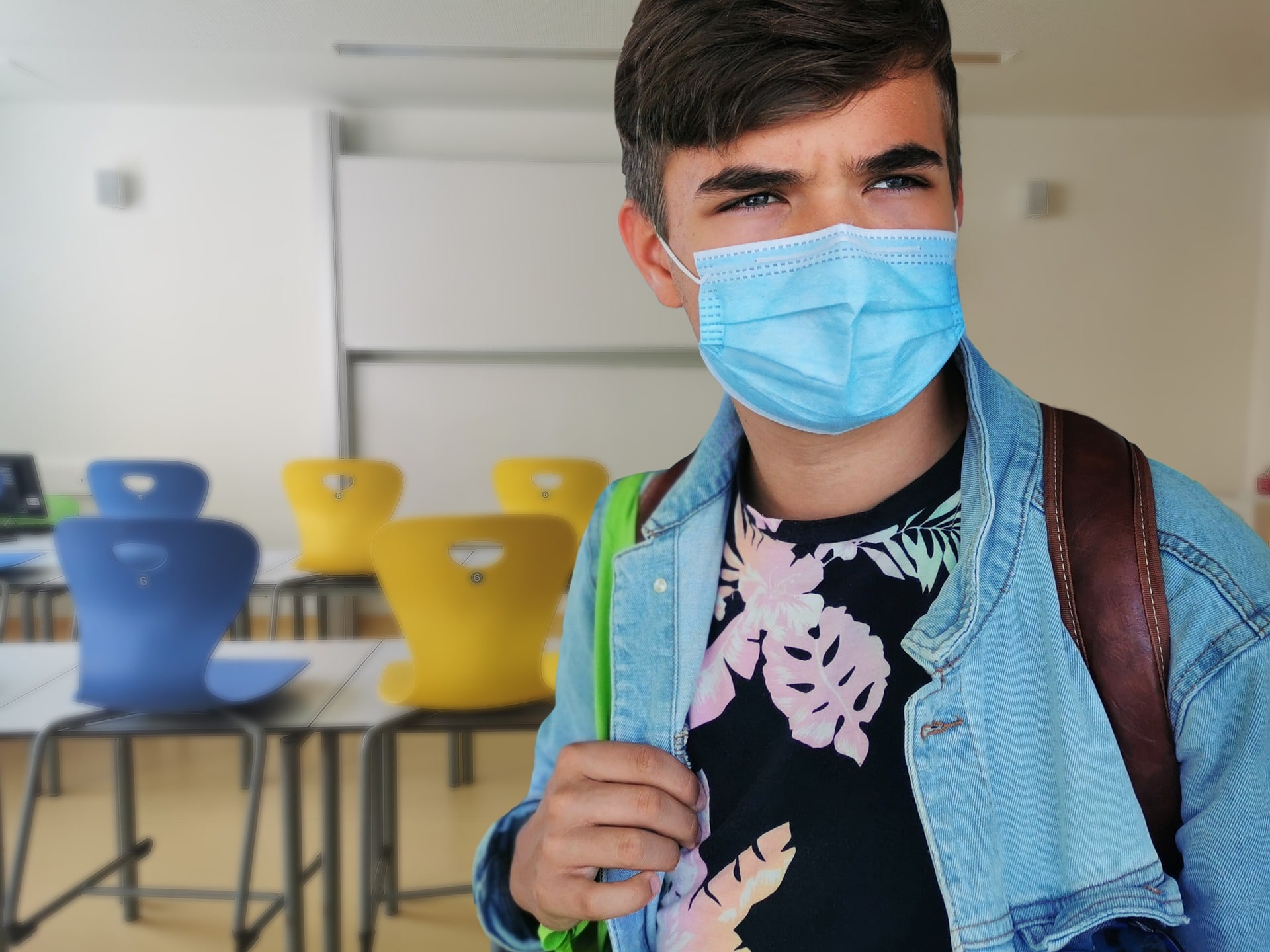 (Image by Alexandra_Koch from Pixabay)

Nicholas, who has Down syndrome and a repaired congenital heart defect, wasn’t able to participate in virtual school because of vision issues, but he did receive about one hour of instruction a day via Zoom.

Bass was determined to get her son back in a school building this year as he repeats kindergarten. But the rise of the Delta variant, recent surge in COVID-19 cases and woefully undervaccinated status of the state has her increasingly concerned — and angry —for her high-risk child.

“I am so tired of people telling me ‘Well, if you’re that scared, or he’s that high risk, then stay home,’” she said. “We stayed at home for 16 months. We’ve done everything we needed to do to keep my child safe. My child should not be kept out of a classroom because other people don’t do what they need to do.”

Most schools in Mississippi are scheduled to start the year in early August.

Although the number of new daily cases this summer are becoming very similar to infections in July of last year, Gov. Tate Reeves has signaled he will not be issuing any mandates around masks or other COVID-19 protocols in schools. This means Mississippi districts are left to grapple with what restrictions to put in place in a state where only 34% of the population is vaccinated, according to the Centers for Disease Control. 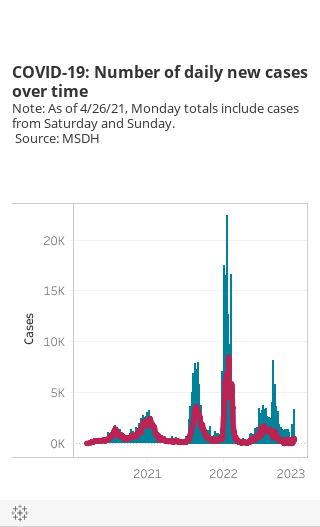 Of that, just 7% of children ages 12-15 and 14% of kids ages 16-17 are fully vaccinated, according to the Mississippi Department of Health.

Mississippi is seeing what health officials are calling a “fourth wave” of COVID-19 infections, and the majority of the cases are the more transmissible and infectious Delta variant. Children are more vulnerable to this variant, it seems — earlier this month seven minors were hospitalized after becoming infected.

Last week the Mississippi Department of Health followed the CDC’s lead and recommended mask-wearing only for unvaccinated students and staff. They also recommended schools maintain three feet of social distancing when possible, in addition to several other guidelines.

Parents around the state are sounding off about how schools should operate during the second school year of a global pandemic. While some parents like Bass are in favor of stricter regulations to protect vulnerable children and adults, others don’t see the need.

“My wife is teaching in high school and she really has no concerns going into this year, she’s really hoping it’s just as normal a school year as it can be with little to no masking and social distancing,” said Jeff Frank of Kosciusko. At this time, both he and his wife have not been vaccinated.

“I won’t say that I won’t get vaccinated, because I probably will at some point,” Frank said. “I don’t really think it’s been out long enough. I would like to see a little more information around people’s experiences and what the effects are moving forward, versus the effects of actually catching COVID…I think there’s a lot of misinformation out there on both sides of the coin. You have Dr. Dobbs in Mississippi telling us that 96% of new cases are in unvaccinated people, yet you’ve got the medical professionals in Great Britain saying that 60% of new infections are in vaccinated people.”

The statement in question was an error by Britain’s chief scientific officer who misspoke and subsequently apologized last week, accidentally saying ‘vaccinated’ when he meant to say ‘unvaccinated’.

READER SURVEY: What questions do you have about COVID-19 vaccines and schools?

Rachel Chestman, a teacher and parent of two sons in Pontotoc City School District, said she is very concerned by the low rate of vaccination in her area and the district’s current stance that masks will be optional.

Chrestman said her district has not held vaccine drives or encouraged staff to get vaccinated other than announcing the shots are available at the school clinic. She’s also overheard colleagues discuss their distrust of the vaccine and their plans not to receive it.

As a cancer survivor who underwent chemotherapy two years ago and the mother of a child who’s not old enough for the vaccine, this worries her.

“Speaking as a parent and a teacher and someone who’s been through a critical illness … I so wish everyone (who can) would get vaccinated so we could get through this more quickly and spare more lives,” she said.

Jeff Navarro has twin sons entering the eleventh grade at Amory High School. When discussing the new guidance released by the Mississippi Department of Health last week, Navarro said he understood the limitations of their position, but did not feel that it was sufficient.

“What you do in terms of exercising your freedom is fine, as long as it doesn’t pose a threat to me, and unfortunately with coronavirus it does,” Navarro said. “It’s a public health concern, it’s not an individual decision. I think politically that’s been lost in the mix, so ideally I would want to see a mask requirement, but I’m afraid there would be such mass resistance to it that I think what the Department of Health did is probably as much as they could do.”

On Thursday the Mississippi chapter of the American Academy of Pediatrics, along with the division of pediatric infectious disease at Children’s of Mississippi, penned a letter to school administrators and school board members recommending masking for everyone in schools, regardless of vaccination status.

Those reasons include that many students are not vaccinated at this time because the youngest eligible age is 12, and masking is the next best way to reduce transmission among the unvaccinated.

“Many schools lack a system to monitor vaccine status among students, teachers and staff,” the letter stated. “In the absence of schools being able to conduct monitoring of vaccination status on a daily basis, universal masking is the best and most effective strategy to create consistent messages, expectations, enforcement and compliance without the added administrative burden placed upon already stressed teachers.”

Bass, who also has an eighth grader and a tenth grader in the Rankin County School District, said she still has questions for the district about how they will ensure unvaccinated people are taking precautions.

“I really want to know what they’re going to require at the staff level … for those who are vaccinated versus not vaccinated,” she said. “The adults really need to be the example for the kids about how to keep each other safe.”

State Health Officer Dr. Thomas Dobbs said he is working with schools and CDC officials to figure out how schools can monitor this. He suggested a policy similar to the Mississippi Department of Health’s in which unvaccinated office workers sign a document saying they will maintain six feet of distance and wear a mask when not at their desk. Liz Sharlot, a spokesperson for the department, said the goal is not to monitor who is and is not vaccinated but to ensure everyone knows the policy.

In Rankin County, school is set to begin on Aug. 6, and the district’s “Smart Restart” plan includes a return to “traditional school procedures with enhanced hygiene and disinfection protocols.” The document also says the year will begin with optional face masks but acknowledges that masks may be necessary as the year goes on, dependent upon state guidance.

A spokesperson for the district said Thursday she was unavailable to provide more details about the schools’ plans.

Cynthia Lisle, of Olive Branch, has a grandson entering the first grade in DeSoto County Schools. She felt that it was the right move for schools to be open last year since COVID-19 posed a lower threat to children, but the Delta variant’s increased threat to children has her very concerned. They have no plans to keep him out of school, but Lisle said she wished the vaccine was available to all school-age children.

“For six, he’ll put his mask on, but he forgets. He’s good at washing his hands but you’ve got to remind him. He calls it ‘the coronavirus’ all the time…but they did a great job at his public school,” Lisle said.

DeSoto County Schools have made masks optional for the upcoming year.

Henderson, the president of the state’s pediatrician association, said parents need to be aware that the Delta variant — which now accounts for all new COVID cases in the state — is up to twice as contagious as the original strain of COVID-19, and that 10 to 20% of children who’ve had the virus experience long-term complications such as shortness of breath, fatigue and high heart rate.

But despite those statistics, some parents are opposed to requiring masks in schools.

A group of parents in Oxford created a “Parents Against Mask Mandates in Oxford School District” Facebook group with over 300 members.

Oxford school board members are set to approve the district’s return-to-school plan at their meeting next week.

She also referenced the rise in respiratory illnesses pediatricians are seeing in the state this summer.

“Our concern is when winter hits and all these other respiratory illnesses (such as flu and RSV) are circulating with coronavirus, it’s going to be a continued explosion of illness in our children,” she said. “Masking in the school system would help protect us from that.”