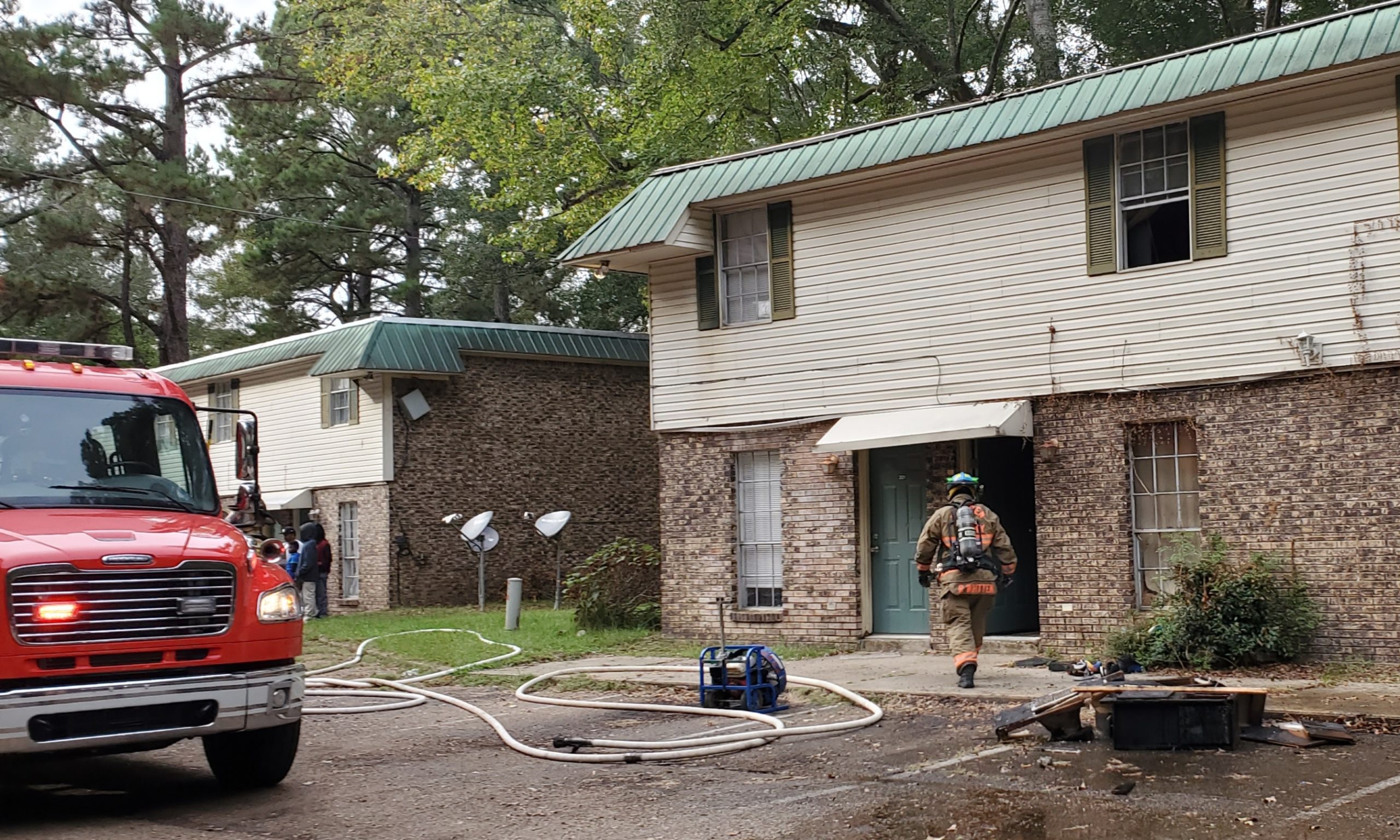 Firefighter Robert Whitten was the first person on the scene of the fire at the Azalea Trace Apartments.

He saw the smoke but no visible flames. He went to the rear of the building, where the smoke seemed to be coming from, noticed the back door was unlocked, and he opened it yelling, “Fire department!”

Upstairs a frantic Alicia Buford  was confused from all the smoke she had taken into her lungs. She was dizzy and scared, but her adrenaline was pumping. She told Whitten, “I’m upstairs, help me!” but the trained firefighter knew better than to go into all that smoke without his equipment. He firmly yelled for Buford to come downstairs and after a couple of tries convinced her to brave the smoke and come down.

Once Whitten made sure Buford and her new baby puppy—named Smokey, ironically—were safely away from the smoking building, Whitten put on his firefighters garb and went after the fire. 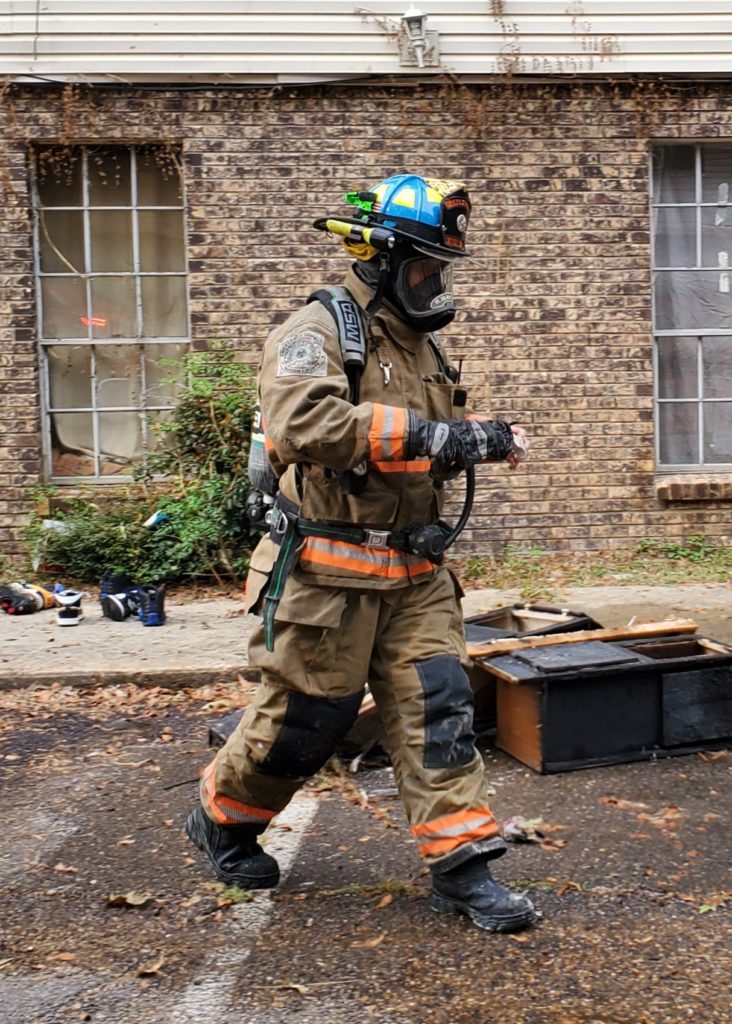 Robert Whitten in full gear after getting the resident and her puppy out of the building.

Most people who die in a fire die from smoke inhalation. Buford was already experiencing the early effects of smoke inhalation, and if not for Whitten’s forceful approach to talk her down, this story may have had a very different ending.

As it is, there was significant smoke and fire damage to the apartment but it can be repaired. After 30 or so minutes on the oxygen tank and with the love and support of her family and neighbors, Alicia was still shaken but will have no lingering damage from the fire. 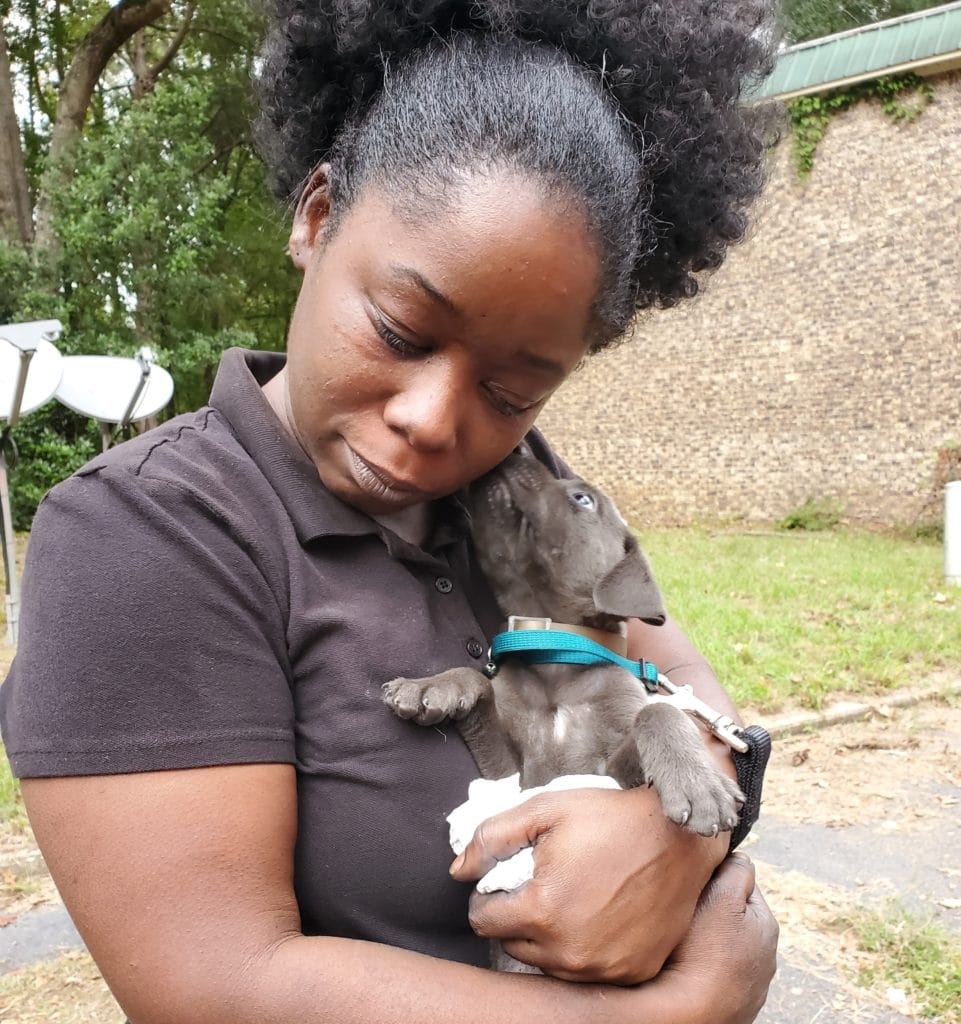 As for Firefighter Robert Whitten, he calmly said, “When you show up to a situation like this, you count on your training and just do what you’re supposed to do.”

When the Vicksburg Daily News pointed out to Whitten that he had probably saved Alicia Buford’s life, he stated, after a glancing moment of reflection, “Yeah, probably so.” 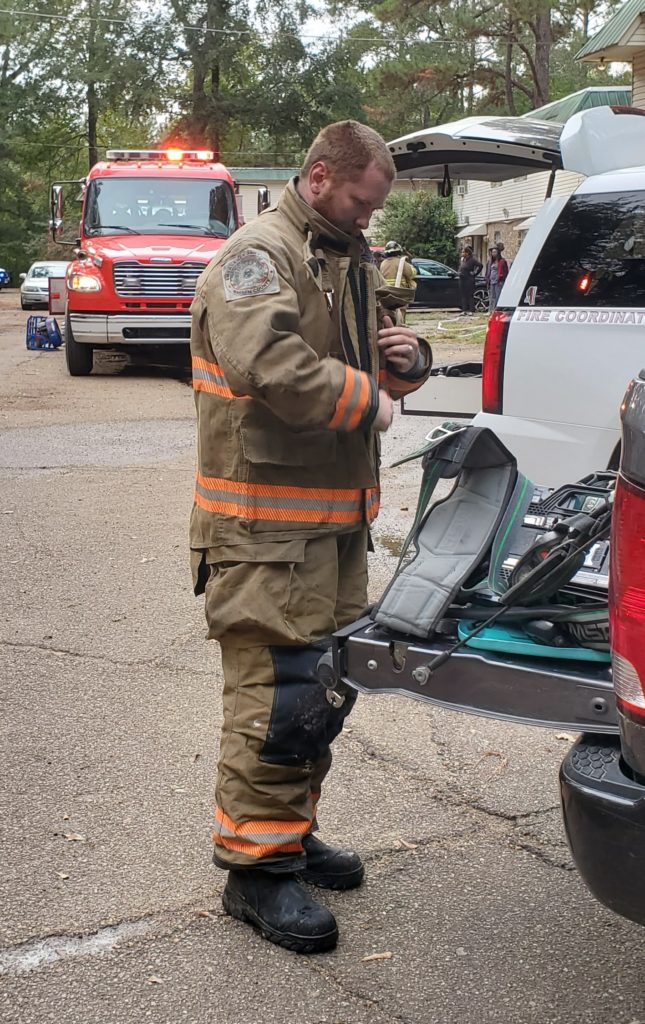